The surgical division at Aintree University Hospital had not yet experienced a marked reduction in the numbers of doctors in training, but rotas were becoming more stretched, particularly out of hours. ‘We need to wean ourselves off our dependence on doctors in training out of hours,’ said the Deputy Medical Director. Keeping the hospital safe out of hours was the most pressing issue for him. This hospital was planning its future workforce needs on the back of this. ‘I’m envisaging a future where non-medical practitioners, who are suitably trained and experienced, are participating in on-call rotas alongside doctors in training,’ he told us.

Almost a decade ago, one of the consultant colorectal surgeons was establishing a laparoscopic service and advertised for a surgical first assistant to provide skilled assistance in theatre. It was the first role of its kind in the hospital. After six months in the role, the surgical first assistant (who previously had been a scrub nurse for four years) undertook advanced scrub practitioner training levels 1 and 2 to extend her skills further. She subsequently gained a Master’s level qualification and a bespoke role as surgical care practitioner in colorectal surgery was created for her.

In other surgical departments, advanced nurse practitioners had been introduced to increase cover on the wards and in outpatient settings. When we visited, this hospital was at the beginning of the journey in terms of the extended surgical team. It was anxious to take a coordinated, strategic approach to this, identifying gaps and then creating extended roles to fill them. 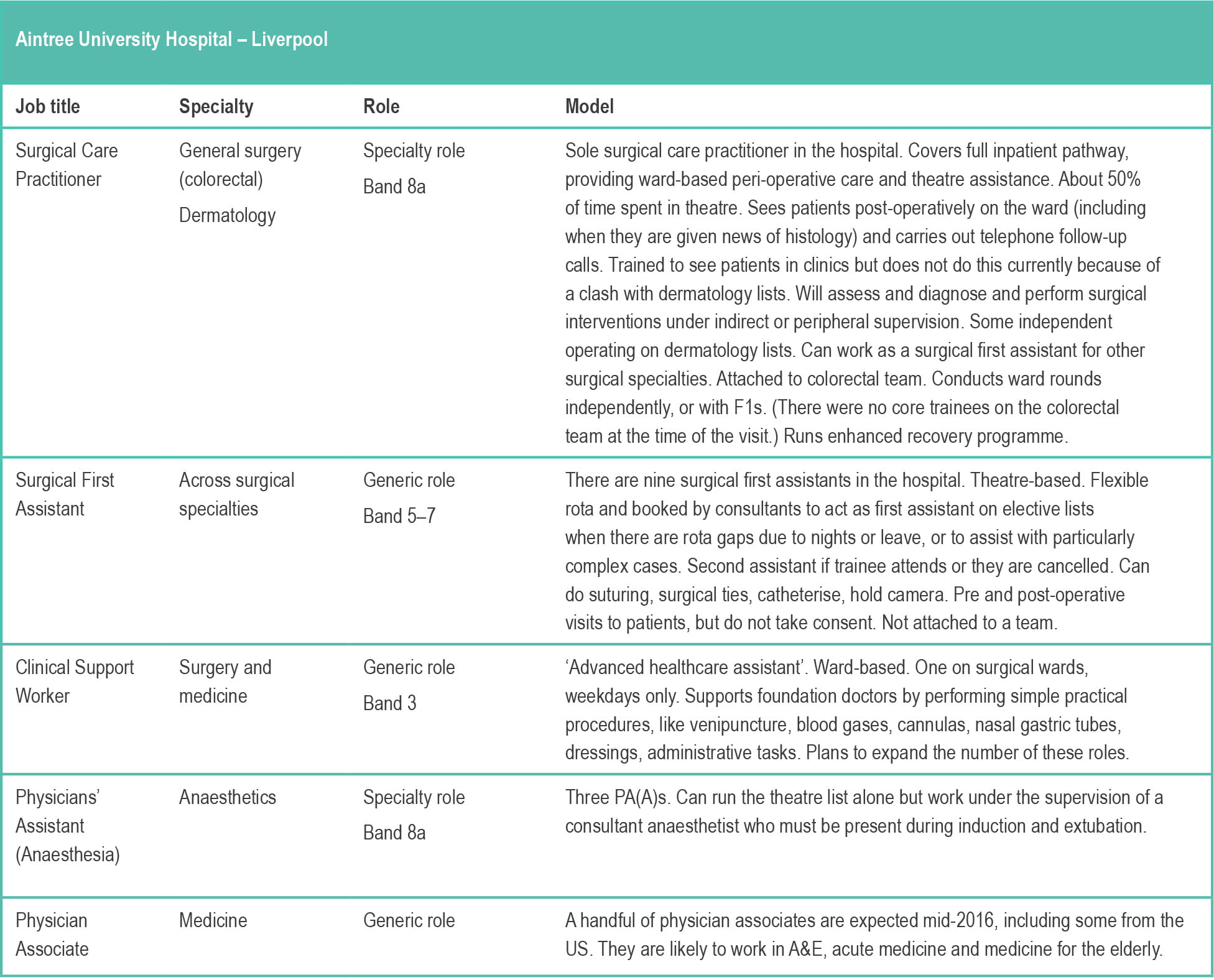