Funded by the RCS 2018 Christmas Appeal, the first HDU in Eastern Uganda opened on 15 March 2019. This project has already had a significant impact on mortality rates. Of the patients admitted to the HDU, 68% are emergency laparotomies.  Mortality rates of this subset of patients before opening were 17% and have now dropped to 10% since opening.  This is a 41% reduction in mortality rates over the first six months.

Three years ago, surgeons and anaesthetists from Mbale Regional Referral Hospital formed a plan to improve the care of post-operative patients in their corner of eastern Uganda. At the time even the sickest emergency patients were cared for on a 50-bed ward, often staffed by one nurse at a time. Quantifying the problem was the first step; a year long audit revealed that 22.4% of patients were dying after emergency abdominal surgery; more than twice rates in the UK. Most of these patients were young and fit but despite this they were dying in the first few post-operative days.

With no access to monitoring, suction and a limited oxygen supply, the overworked medical and nursing teams were simply unable to identify and treat common surgical complications. At the time a well-equipped high dependency unit was a pipe dream. However, now, thanks to the Royal College of Surgeons Christmas Appeal and your very generous donations, this dream has become a reality.

By Christmas 2018 our original target of £16,387 had not only been met but also exceeded. This allowed us to start construction work in January 2019. ahead of schedule. The partition wall was erected, a water tank and additional sinks installed, and power sockets were fitted and linked to the hospital generator. Shipments of specialist equipment arrived from in country and abroad. Oxygen cylinders, regulators, surgical instruments and monitors were carefully unpacked and fitted.

Recently we admitted a 6-month-old baby to the HDU following major surgery. The baby was very unwell with obstructed bowel and a large segment of dead gut had to be removed during an emergency operation. She was admitted to the ward and was able to receive the close monitoring she required. This meant we were able to protect her airway despite her vomiting; we could also administer oxygen and carefully provide the appropriate quantity of intravenous fluids. Thanks to the excellent care she had received, her condition improved considerably and four days later, against the odds, she recovered and was discharged safely to our surgical ward. Undoubtedly the surgical HDU  played a crucial role in her survival.

The unit has now been open and accepting patients for five months. We want to thank everyone back in the UK who has donated to this project and helped to turn our dream for high quality surgical care in Eastern Uganda into a reality.

'Since our last update all of the specialist equipment has arrived and the final touches made to the building. Our first round of training went smoothly with 35 nurses and intern doctors trained in the basics of high dependency care. With the first few nurses assigned and the shelves stocked with all of the essential drugs and sundries, the unit was soon ready to begin receiving patients. So the only thing left to go was a launch event...

The long awaited opening took place on Friday 15 March and was well attended by local government officials, hospital administration, leading nursing and medical staff and a representative from the ministry of health. The ribbon was cut and everyone flooded in to see the first unit of its kind in the whole of eastern Uganda, needless to say there was plenty of excitement and everyone was extremely thankful to those back in the UK who had donated so generously.

We are starting things slowly to allow time to manage any early difficulties, but the unit will began to take its first patients this week. We're really looking forward to sharing some success stories in the coming months.'

We are delighted to say that thanks to the generous support of our members and donors the final sum raised is £24,209 which far exceeded our original target of £16,387.

An update from Matthew Doe, our surgeon in Uganda; things are progressing very nicely here in Mbale. The work on converting the space on the surgical ward is well underway - the partition wall is up, plumbing and electrics fitted and the water tank installed. Our carpenter is hard at work building furniture and deliveries of specialist equipment from around East Africa are arriving almost every week. The vital patient monitors are being supplied by Medical Aid International and are currently en route from the UK.

The training element of the project is all set to start next week. We are running two introductory one-day courses for nurses and intern doctors initially, then plan to introduce additional training as they gain experience on the unit. Our hope is that the first team of nursing and medical staff will be trained and ready by the end of February, with the unit to launch in early March.

Adam and I are so thankful to everyone for donating so generously to the Christmas appeal, it surpassed our expectations having raised far more than the original target. This has meant that we have been able to purchase additional equipment such as an oxygen backup system and an ECG machine - the latter being a first for Mbale Regional Referral Hospital.

RCS fellows and members have been involved with international surgical work in resource-poor areas for well over 100 years and we continue to expand and increase our impact in several of the neediest parts of the world.  Our commitment to establishing timely surgical intervention worldwide to reduce death and disability from operable conditions has never wavered and remains steadfast for 2019.

High quality, attentive post-operative care should be a human right not a privilege.

Serving a population of over 4.5 million, Mbale Regional Referral Hospital (RRH) in eastern Uganda currently has no high dependency unit (HDU) for intensive care following surgery.  Adult and paediatric trauma and post-operative patients are cared for together, on one 50-bed ward with only one nurse on duty.

Loss of life is preventable 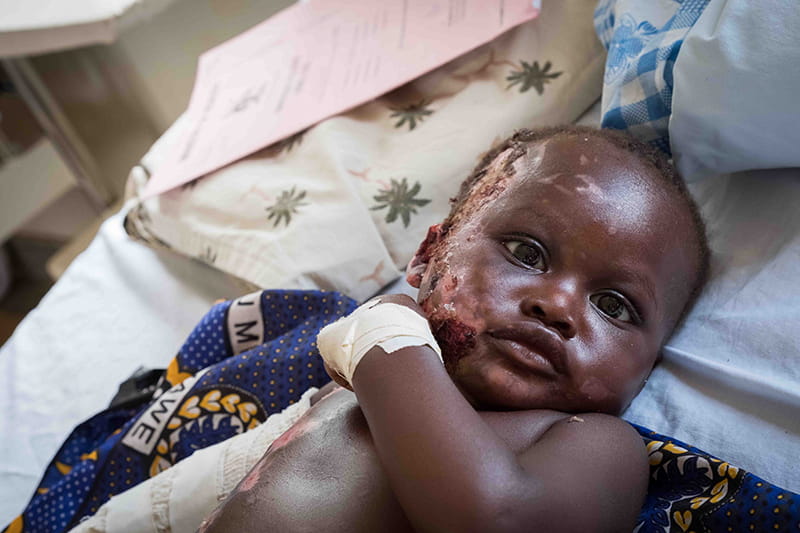 Mbale RRH has 470 beds, sees over 60,000 inpatient admissions and performs more than 5000 major operations each year. It is the only hospital in the region with a casualty department and receives major trauma patients on a daily basis.

Patients who require a higher level of care must travel six hours by road to the nearest HDU, in Kampala. The alternative is that they simply do not survive.

A recent audit of surgical outcomes in the hospital showed that although patients are younger and fitter than in higher income nations, they are twice as likely to die; 60% of these deaths occur more than 24 hours after the day of surgery suggesting missed post-operative complications on the ward.

A recent surgical outcomes audit at Mbale RRH showed patients undergoing a laparotomy (surgical operation used for people with severe abdominal pain, finding the cause and in many cases treating it) had a 22.4% chance of dying within 30 days post-op (average age 25). By comparison the most recent UK-wide NELA audit into emergency laparotomy outcomes, found that patients had a 10.6% chance of dying within 30 days post op (average age 67).  Notably, 55% of high-risk patients in the UK are admitted to a critical care unit immediately post-surgery.

A detailed, site-specific design for the new HDU shows how it will be constructed through basic internal adaptations to the existing surgical ward. One end of the ward is to be partitioned to enable improved infection control practices and storage of resuscitation equipment, drugs and sundries. The new unit will deliver:

In addition, an electronic admissions database will be established to track patient outcomes and inform ongoing quality improvement projects. Mbale RRH is contributing to the HDU by providing a dedicated nursing team, consumables and drugs for the patients making it a sustainable project for the eastern region going forward. 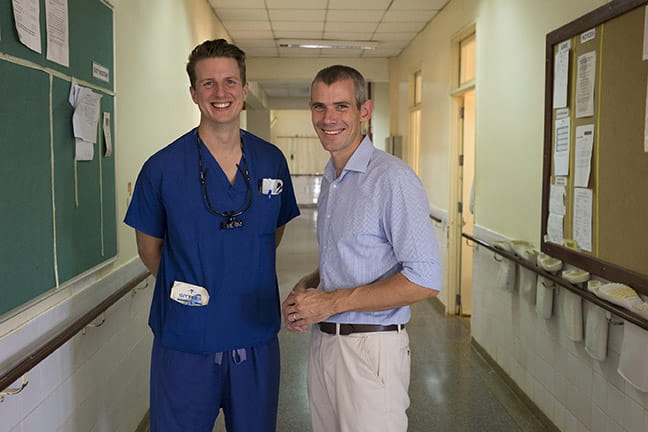 Dr Adam Hewitt-Smith is a UK trained anaesthetist who has worked for four years as a volunteer at Mbale RRH and as an Honorary Lecturer in the Department of Anaesthesia at Busitema University. He will oversee the sustainability of the project and provide ongoing support to the local specialists.

Matthew Doe MRCS is a general surgical registrar on a voluntary out-of-programme experience placement in Mbale. He will facilitate staff training, oversee patient selection and perform regular ward rounds during the early stages of the project. 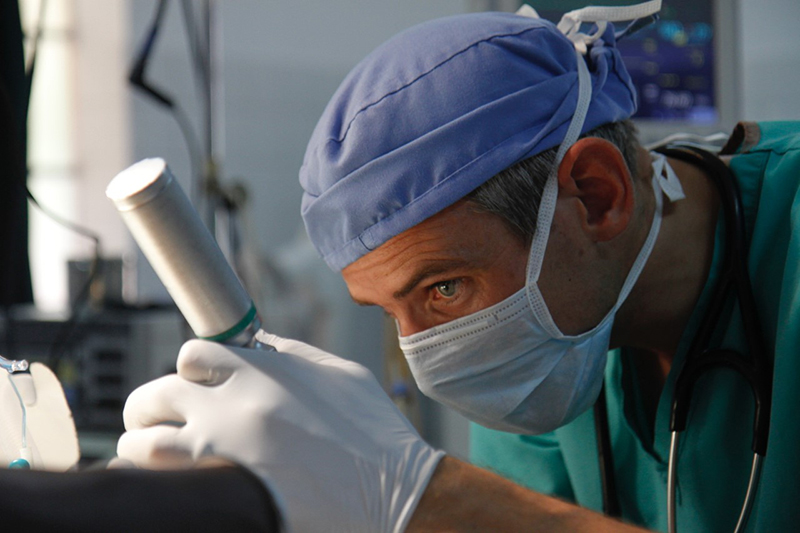 The HDU project will also provide two training courses for nurses and junior doctors involved in the care of the sickest patients in the hospital. Staff who receive major trauma patients  and staff on the surgical ward who give postoperative care will benefit from this training

Adam and Matthew will work alongside their local colleagues to  customise an established training course in high dependency care in low resource settings (Basic Assessment & Support in Intensive Care (BASIC)), to be delivered one afternoon a week for three months. Local trainers will deliver this course on an annual basis to train new staff and junior doctors. Daily ward rounds on the unit will provide leadership, hands-on training and facilitate teamwork between all levels of the surgical and anaesthetic teams.

Mbale RRH is a teaching hospital for Busitema University. In addition to improving patient care and patient outcomes, the HDU will provide a critical and appropriate training environment for students in medicine, anaesthesia and postgraduate medical training programmes.

Over 700 patients a year stand to benefit as major trauma and the sickest post-operative patients will spend at least 24 hours on the new HDU. As this new facility cares for major trauma cases and the 36 patients that on an average monthly basis undergo an emergency laparotomy, driving to the capital in order to survive will become a thing of the past.

The training courses in the basic principles of high dependency care will address the current knowledge gap amongst staff at the hospital and the electronic admissions and outcomes database will allow for ongoing audit, outcomes assessment and local quality improvement initiatives.

Where did your money go?