Emergency surgical admissions to the University Hospital of North Tees are described as very high in comparison with neighbouring trusts. Pressure on the emergency on-call and seven-day working were key drivers at this hospital for extending the surgical team. As with other sites, trainee numbers were insufficient and trust grade and locum doctors were being brought in to fill gaps. The hospital had spent heavily on locums and had concerns about the quality of service they provided, so it has developed extended practice non-medical roles as an alternative model for supplementing the surgical workforce. The Chief Executive said: ‘NHS hospitals have to be the future of training doctors, but if we cannot fill rotas or see people quickly enough then it is the right thing to do.’

The hospital already had a tradition of extended nurse roles in areas such as accident and emergency and paediatrics, so used this as the basis to extend nursing roles in surgery. Trauma practitioners were introduced first, and have since been added to, with other surgical practitioners tailored to specific surgical specialties. The Nurse Director said: ‘The gap they are filling in the rota is ward cover, so nurse practitioners on the wards work as the doctor on the ward.’ 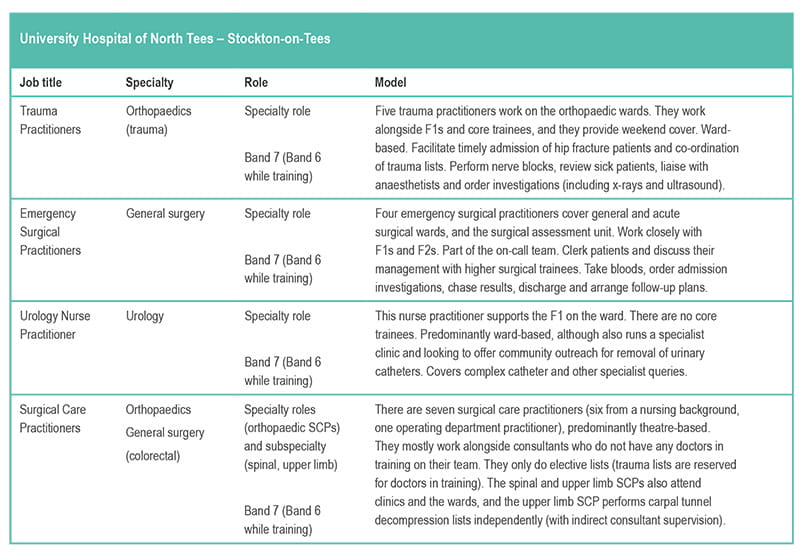