Plaster is peculiar stuff. As a chalky powder, heavier than dust, it can pervade a wide area. As a fluid it is mercurial and insubstantial, and could almost pass for milk. In its solid form, it is white yet dull; solid yet brittle. In the modern West, it has been used extensively for a variety of functions, from making statues to setting broken bones to decorating ceilings; and it is exceptionally well suited to creating accurate three-dimensional reproductions. 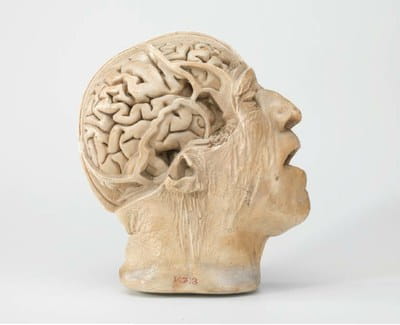 Above: D.J. Cunningham and H Casciani, head of a 75-year old man. Plaster, before 1892. Hunterian Museum at the Royal College of Surgeons RCSHM/D 713.

It is perhaps surprising that among the skeletons and spirit specimens of a medical museum, a plaster object like this retains the capacity to shock. The eyes of this head are slightly open, the jaw slack and the mouth gaping in breathless anguish. The discolouration, aging and grime on the plaster bring into stark relief the wrinkles around the eyes and neck. Among the many life and death masks in museums and art galleries, what is remarkable about this cast is the partial dissection shown on one side. Only thin bars of the skull remain, like walls separating fields on a hill farm. 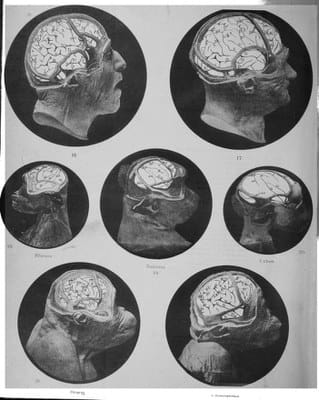 This cast was based on an original by Scottish anatomist Professor Daniel John Cunningham (1850-1909). Throughout his career in Dublin and Edinburgh, Cunningham was fascinated by the shape of the skull and brain. Knowing that dissections could only last momentarily, he set out to make a series of casts. In total he had twenty-two human heads like this, which were photographed for his research and included in his Contribution to the Surface Anatomy of the Cerebral Hemispheres(1892).

They were also distributed widely by the Dublin firm Casciani & Son. As well as this (one of a pair at the Royal College of Surgeons of England) surviving examples can be found in Edinburgh, Harvard, Liverpool, Melbourne and Otago. In effect, these casts were plaster publications, sent around the world as evidence of Cunningham’s research. This was a common practice in Victorian science and medicine. The continuing popularity of these is a testament to the particular quality of these casts, the way they capture an instant of the dissection process. Although Cunningham took a fortnight on the dissection, the casting was swift: the swift-setting plaster served to freeze time. 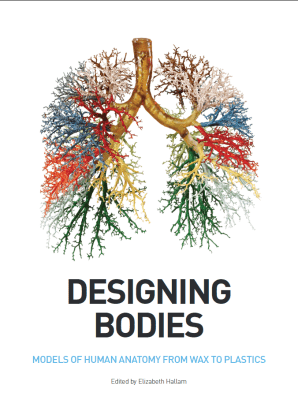 More about medical models can be found in Designing Bodies: Models of Human Anatomy from Wax to Plastics, ed. Elizabeth Hallam (London: Royal College of Surgeons, 2015).