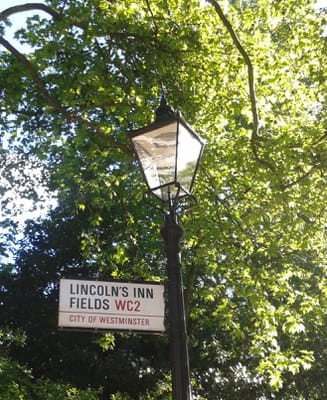 The Royal College of Surgeons of England has made a home in Lincoln’s Inn Fields since the late 1790s.

Nowadays, when the sun is shining, you are very likely to see lots of people sitting out and enjoying the fresh air in the open, green space during lunch or study breaks, or after work. However, this wasn’t an option in the early years as the Fields were not open to the public. According to one of our pamphlets (TRACTS 625(7)) the Society of Lincoln’s Inn owned the leasehold for the Fields for 900 years from 1657 onwards for the rent of 20s per year. London County Council took over the leasehold from Midsummer 1894 and paid £12,000 to the Trustees to cover the original purchase money and the work that had been done to the area, finally opening it to the public at 2.30pm on Saturday, 23rd of February, 1895. 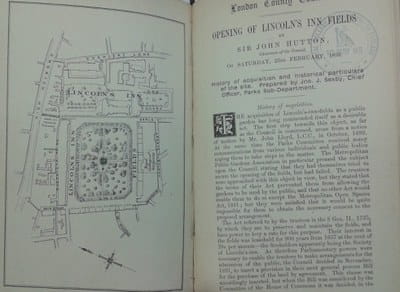 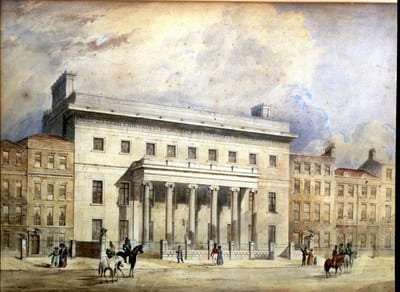 Prior to being owned by the Society of Lincoln’s Inn, the Fields had quite an ominous past with several executions taking place in the area, including that of Lord William Russell in 1683.

You would not imagine that the scene of the very tranquil watercolours and sketches by Lady Georgiana Flower (held in our archives, MS0012/1) at one time saw such violent acts. 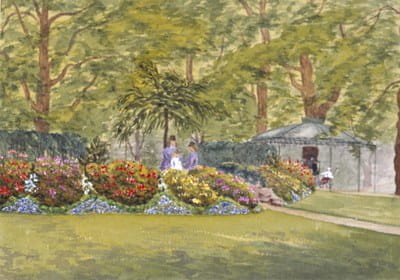 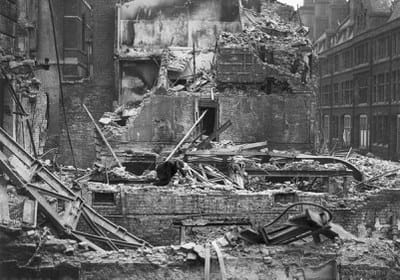 Unfortunately, violence was to return in 1941 during the Second World War when the area was bombed. The bombing destroyed a large portion of the College building and sadly a large number of John Hunter’s specimens. The images of the destruction of the College are in such stark contrast to the calm and colourful gardens depicted in the work of Lady Flower.

The area is notable for many reasons. Those with an interest in history will find plenty in the vicinity. Quite prominent figures have lived here including the famous architect Sir John Soane, whose home is now open as a museum. Also, in addition to the Royal College of Surgeons of England, there are various other organisations associated with the area, including the Honourable Society of Lincoln’s Inn, the Royal College of Radiologists and the London School of Economics.

For those with an interest in doing some further reading, the Library houses many more local history resources, including Historical notes on Lincoln’s Inn Fields (ZB 434 / MAR) by Arthur Houlton Marks, published around 1922. Also, Lincoln's Inn Fields and the localities adjacent: their historical and topographical associations (ZB 434 / HEC) by Charles William Heckethorn, published in 1896.

However, my particular interest in Lincoln’s Inn Fields stems from my passion for the literary world. As such, I was very excited to discover a rather charming pamphlet during the course of my work in the Collections Review. The pamphlet in question, An hour's literary ramble starting from the little book shop called "The Ben Jonson Head" kept by Samuel Hales, (TRACTS A398(10)) takes the reader on a tour of the area and its surrounds calling attention to notable sites including the ‘Old Curiosity Shop’ made famous by Charles Dickens. 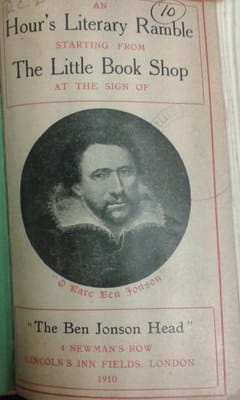 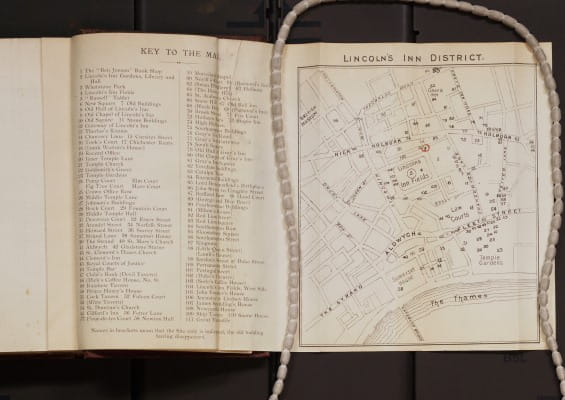 All the items mentioned are available to view by appointment and the pamphlets are part of the digitisation project which was recently featured on the blog. For other interesting finds from the Collections Review keep an eye on the blog or follow the Hunterian Museum (@HunterianLondon) and #collectionsreview.