The RCS collections review team is currently surveying the microscope slides collection. Working our way through the 761 units (drawers and boxes) constituting this collection, we have uncovered some hidden treasures and met some interesting characters. One of these (a personal favourite) is John Thomas Quekett.

Quekett, a pioneer in Victorian microscopy and fellow of the Royal and Linnean Societies, was Richard Owen’s assistant and later became his successor at the Hunterian Museum until his death in 1861.

From his diaries, it appears that Quekett was keen to follow the path of his fellow scholars and embark on a voyage of scientific exploration. In 1843, He even "went to the College to talk about China" (RCS-MS0027/1/3). Unfortunately, Mr Owen, with his well-documented grumpy nature, strongly disagreed. From a survey of the slides contained within his cabinets, it appears that Quekett did manage to see the world, albeit from his laboratory in the College, as explorers sent him specimens from all over the world to get his advice on the "minute anatomy of natural history specimens". 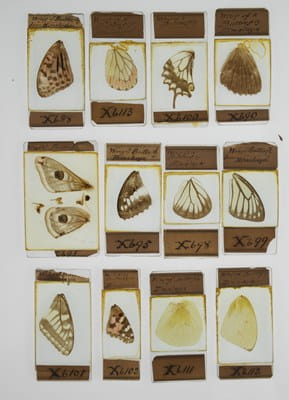 Other highlights of the Quekett collection include slides presented by various Victorian explorers. We found hair of a bat collected during the Niger expedition in 1841 (Hc 56). Other African material includes fossil wood (Rk 835 to Rk 841) and coal samples (Qd 249 and 250) sent by David Livingstone from South and Central Africa, possibly in response to a list sent to him through Mr Buckland.

Dr Joseph Hooker also presented mounted botanical specimens, including of the genus myzodendron collected during his Antarctic exploration voyage (Rk 372 and Rk 373) and other samples found during his botanical expedition in the Khasi hills of Assam (Rk 1054 and Rk 247). 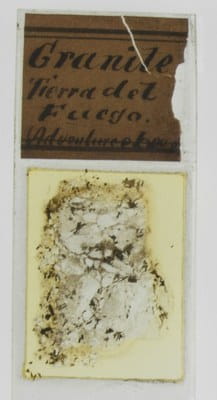 Slide Qb 40 is a granite section brought back on HMS Beagle. It tells the story of Charles Darwin’s explorations of Tierra del Fuego, where he proposed the theory that the isolated granite boulders at the coast of Bahía San Sebastián were carried by icebergs. Although Darwin had visited and corresponded with Quekett, he objected to a public testimonial for him, writing to Dr Lionel Smith Beale, a Professor of physiology and general and morbid anatomy at King's College London, that: "Although I have a sincere respect from Prof. Queckett, in my judgment his scientific claims are not of that eminent merit deserving a public Testimonial".

With an active microscopical club in his name (the Quekett Club, a registered charity and ‘learned society’, was founded in 1865 and is a leading organisation for all who are interested in the microscope and microscopy) and his microscope slides still surviving and relevant for current researchers, it seems that Darwin might have misjudged the importance of Quekett’s work.

The John Thomas Quekett collection at the Royal College of Surgeons of England consists of archival documents, library items and an extensive collection of microscope slides. The potential of this multi-material collection will be further explored in a Significance Review session later in the year and during a pilot project funded by the Quekett microscopical club. 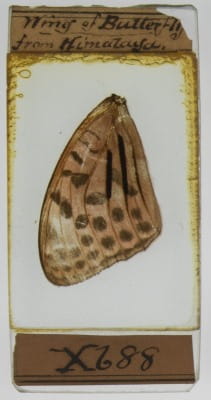 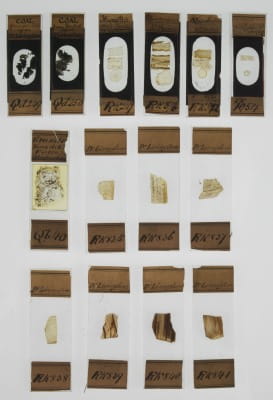