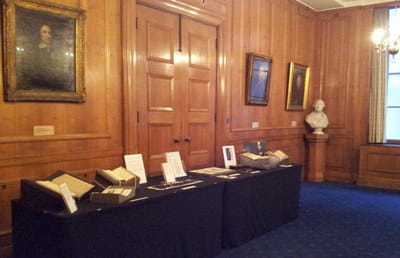 At the Charles Tomes Lecture on 27 March, organised by the Faculty of Dental Surgery, we displayed items from the Museums, Archives and Library collections to celebrate the bicentenary of Charles Tomes’ father, Sir John Tomes. 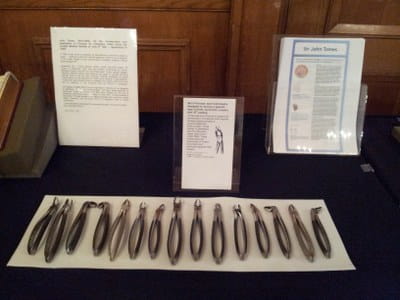 Tomes was one of the first to realise that the extraction of a specific tooth required forceps shaped precisely to accommodate that tooth’s shape. He worked in partnership with the instrument maker Jean Evrard (1808-1882). These forceps were the forerunners of modern instruments and eventually replaced older designs. We displayed a set of forceps, each individually designed to remove a specific type of tooth. 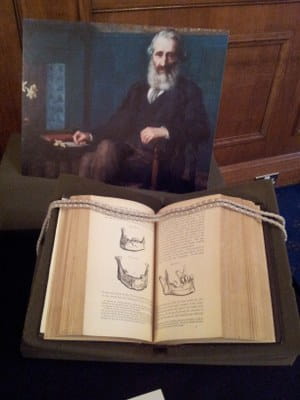 Complementing the instrument display was one of the Library tracts, “On the Construction and Application of Forceps for Extracting Teeth” from the London Medical Gazette of 4 June 1841 – republished in 1843. In 1843 Tomes "found it necessary, for self-defence" to reprint his article, due to a publication by another dental surgeon, which was "but a repetition of the matter related in that communication, repeated, however, without acknowledgement". Apparently, some of the forceps Tomes had designed in collaboration with his instrument maker were subsequently copied and the design claimed to be the invention of another dentist, forcing Tomes to challenge their "assumed originality". 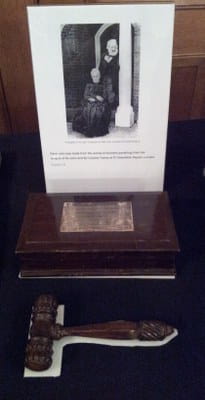 Amongst other items on display were a gavel and case made from the wainscot (wooden panelling) from the surgery of Sir John and Sir Charles Tomes at 37 Cavendish Square, London, and a set of rough sketches, which formed the basis for Tomes’ illustrations in Dental Physiology and Surgery. These drawings appear to have been wrapped around the teeth depicted, which were given to the College, and the paper later flattened out. 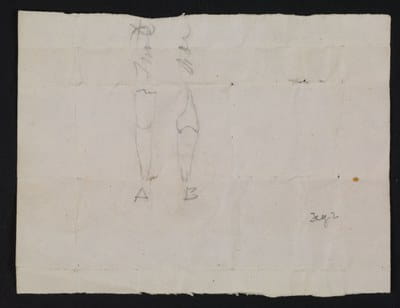 The current exhibition in the Library is dedicated to Sir John Tomes and the display will be on view until June.