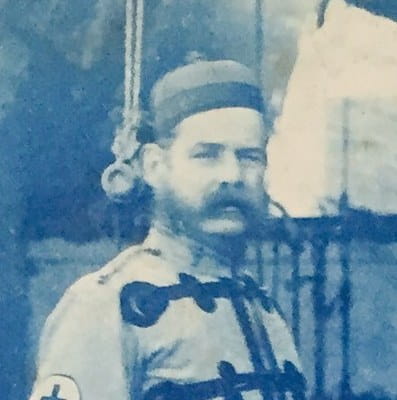 Recently, our attention was drawn to a rare item in our collection: a report on a late 19th century experimental medical education scheme in China, which included a set of fascinating photographs.

Dr William Wykeham Myers was a medical officer of the Chinese Maritime Customs in Takow (now Kaohsiung) in Formosa (Taiwan). As an experiment, he taught local medical students to Western standards with the aim that they would be able to pass Western examinations. Between 1886 and 1888 four of his students had been educated in Takow and three had taken exams in Hong Kong and Shanghai. 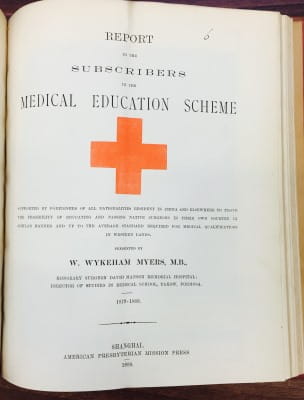 In his Report to the subscribers to the Medical Education Scheme : supported by foreigners of all nationalities resident in China and elsewhere to prove the feasibility of educating and passing native surgeons in their own country in similar manner and up to the average standard required for medical qualifications in Western lands from 1889, written at the David Manson Memorial Hospital, he reviews his nine year experiment and describes the challenges he experienced, starting with the “obstacle of language” and the difficulties of translating Western medical literature into Chinese. On teaching anatomy without the opportunity for dissections due to the lack of cadavers, he writes:

Should we give up all idea of introducing foreign medical education because of the initial difficulty about dissections; or should we accept a compromise and endeavour to teach anatomy with such substitutes as were available? In favour of this last proposition it is well known how perfectly the models of recent times are approximated to the reality, also to what very great extent they are depended on and used by students, even in the schools of Europe and America; indeed for the study of certain parts of the body, minute dissection of which is too intricate and long a process for most to undertake, these plastic reproductions become invaluable. 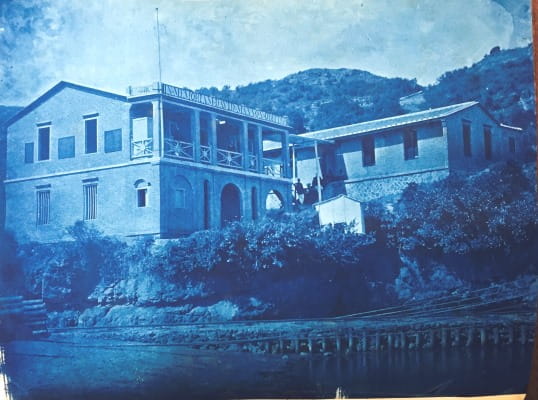 Indeed, his school was presented with “one of the celebrated French models of the human body, in wax and papier-maché”. Additionally, he had the use of a skeleton, some plates and an “assortment of works” to aid his anatomy teaching. 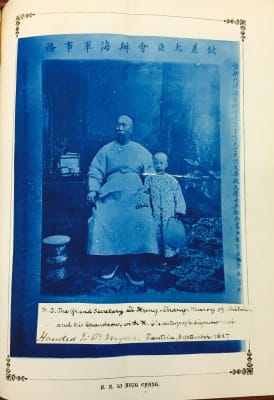 Western style medical teaching was originally introduced to China only through the missionaries and the support of the Chinese authorities was limited. However, Li Hung Chang, the liberal minded Viceroy of Chihli, lent his full support to Western surgeons in Formosa in the late 19thcentury “prompted by his desire to furnish his army, which he is striving to have complete on European models, with a staff of surgeons”. Myers's first two pupils were selected from volunteers at the Government Central School in Canton because of their excellent knowledge of the English language. They were educated at the David Manson Memorial Hospital and provided with free board and lodging. During the first two years of their training they received instruction in anatomy, physiology, inorganic chemistry and elementary surgery. They then faced their first written and oral examination at the newly appointed examination board in Hong Kong on the 12th and 14th May 1886.

The students’ examination questions in elementary surgery were as follows, they were allowed to attempt no more than ten of these within 4 hours:

Both students successfully passed their primary examination and were presented with their certificates on 28th May 1886 by the acting governor of Hong Kong in an official ceremony.

In the following year, Myers took one student to the second examination board in Shanghai. Both boards were independent and consisted of “the most eminent medical men” from various Western countries. The Dean of the examination board was L.S. Little, RCS Fellow, and he was joined by another RCS fellow, W.J. Milles, and Milles’ colleagues in private practice, E. Henderson, whose son Edward later also became an RCS fellow, as well as five further physicians and surgeons. Little and Milles showed concern that the anatomy teaching had not included dissections and challenged the candidate to perform a cadaveric dissection during the examination. To their surprise, the student “acquitted himself very well” and passed with flying colours.

In 1888, Myers took his three pupils for their final examination back to Shanghai, where the examination board now consisted of four nationalities, British, American, French and German. The students were examined in two hospitals in clinical medicine and clinical surgery; they had to write up and diagnose cases, “besides being carefully questioned in all other details of practical medicine and surgery”. They then faced their viva voce examinations, “thus completing a most rigid and exhaustive investigation into their accomplishments”. All three successfully passed their final examination. 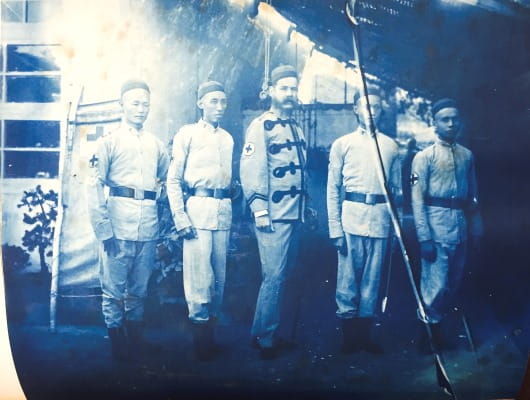 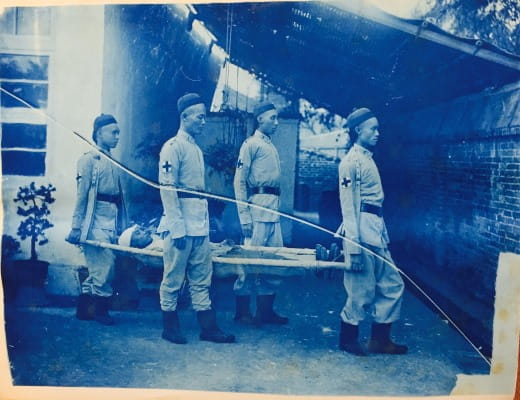 Myers’s three students, along with a fourth young Chinese man, who had served nine years as hospital dispenser to Myers but did not speak English and therefore could not obtain a diploma, formed a cadet corps, with each surgeon “qualified to take charge of a company and to instruct men for the service”. His experimental medical education scheme had been most successful and laid the foundation for later Western science-based education programmes in China.