History of the College museums

John Hunter's collection was purchased by the government in 1799 and given to the Company (later The Royal College) of Surgeons. The collection formed the basis for a museum constructed as part of the new Royal College of Surgeons of London's building on the south side of Lincoln's Inn Fields. 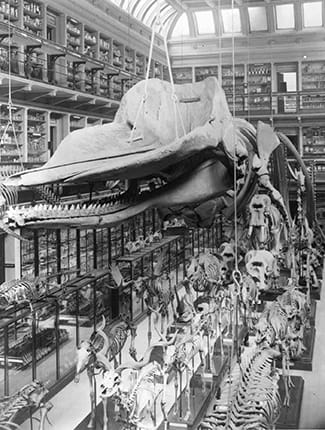 This first museum, designed by George Dance and Nathaniel Lewis, was soon found to be inadequate; as early as 1829 William Clift complained of a 'great inconvenience' from 'want of space'. It was decided that the whole building should be redesigned, and Charles Barry was selected as the architect for the project. The museum closed in April 1834 and reconstruction began. Elements of the Dance/Lewis structure were retained but the original gallery was extended and a second gallery added - these were known as the East and West museums respectively and were completed in February 1837. Continued expansion of the collections forced a further extension, again to Barry's design, which started in 1851 and was completed in 1852. This created a third room with the three now designated as the East, Middle and West museums.

Further minor alterations to the structure and more significant reorganisations of the displays took place between the mid 1850s and the late 1880s, when two further galleries were added (these were begun in 1888 and completed in 1892). They were completed in the same style as Barry's earlier rooms, and the five galleries were numbered I-V. In addition there were several smaller rooms that were variously used as workrooms or display areas annexed to the museum. They included rooms used for the display of the growing collection of surgical instruments, as well as rooms for items such as mummies and other objects that did not fit into the main collection series.

A major addition to the museum took place in 1909 when the College received on loan the collection of the Odontological Society of Great Britain. It was housed in a new gallery under the existing Room II. Further subterranean extensions were made in 1921, when a room was added under the Instrument Room at the rear of Room V to house the Army Medical Collection, and in 1925, when the osteological series was accommodated below Room I. 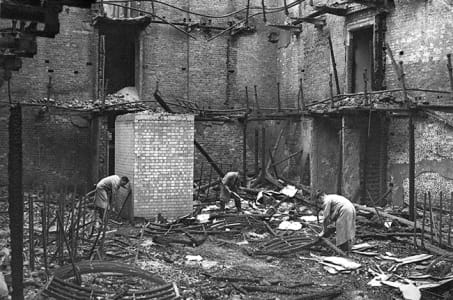 In 1938, with the threat of war looming, the basements and sub-basements of the College were strengthened to provide secure storage for the Hunterian and other historical parts of the collection. However, the bulk of the museum collection remained in-situ. On the night of May 10 1941 the College was badly damaged by bombs. Rooms IV and V were completely destroyed with their contents. Room III was partially demolished, and there was considerable damage to the other areas. The Odontological Collection, housed in the basement, survived unscathed, but other parts of the basement were damaged by fire and some of the Hunterian Collection was lost.

Rebuilding the College after the end of the war was a slow process. With much of the collection lost, the new College building took a different form, with more space given over to research. Separate museums were created to house the Odontological Collection (linked to the newly formed Faculty of Dental Surgery) and the modern teaching/research collections. The latter were created as three (later two) museums funded by the Wellcome Trust, which became known as the Wellcome Museums of Anatomy and Pathology respectively. The new Hunterian Museum, in a much reduced form and once again re-centred on John Hunter's original collection, was opened in 1963. It retained some of the design features of the prewar museum, but was of entirely new construction. 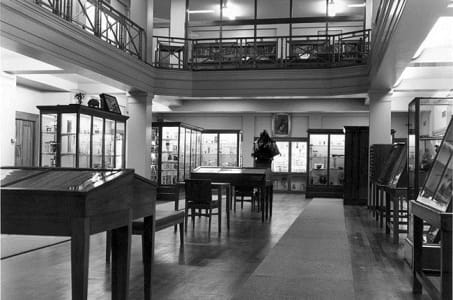 Since then, the refurbished museum has been enormously successful with visitor footfall growing from around 25,000 per year to over 85,000 in twelve years. A new 'Qvist' gallery space enabled the delivery of temporary displays that combined science and art themes with subjects ranging from 'Robot Surgery', 'Anatomy of an Athlete' (for the London 2012 Olympics), 'War, Art and Surgery',  'Vaccination' and 'Transplant and Life'. The MacRae Gallery 'Room to Discover' provided a space to display the Odontological collections and an area in which schools, family and adult engagement workshops could be delivered. 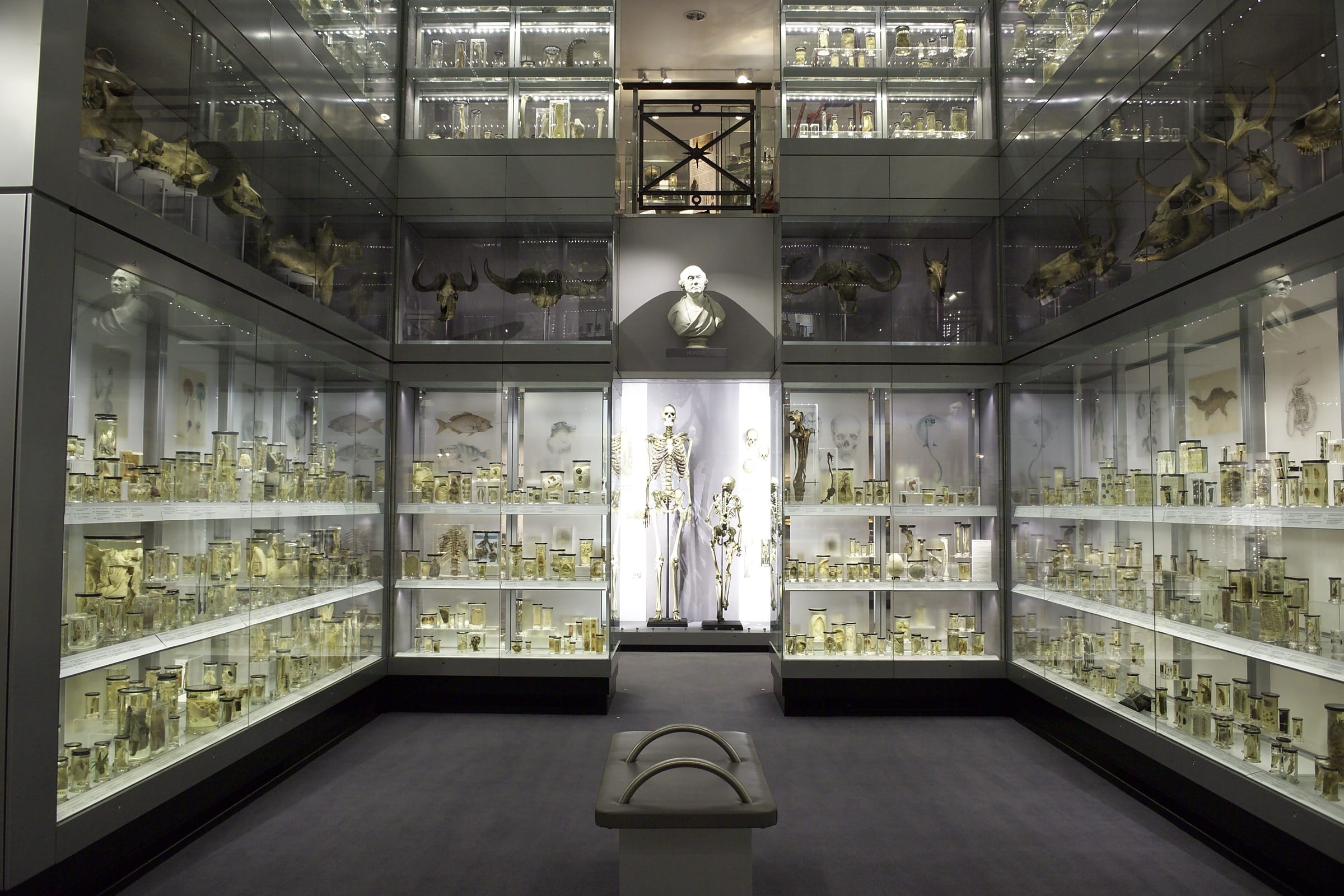 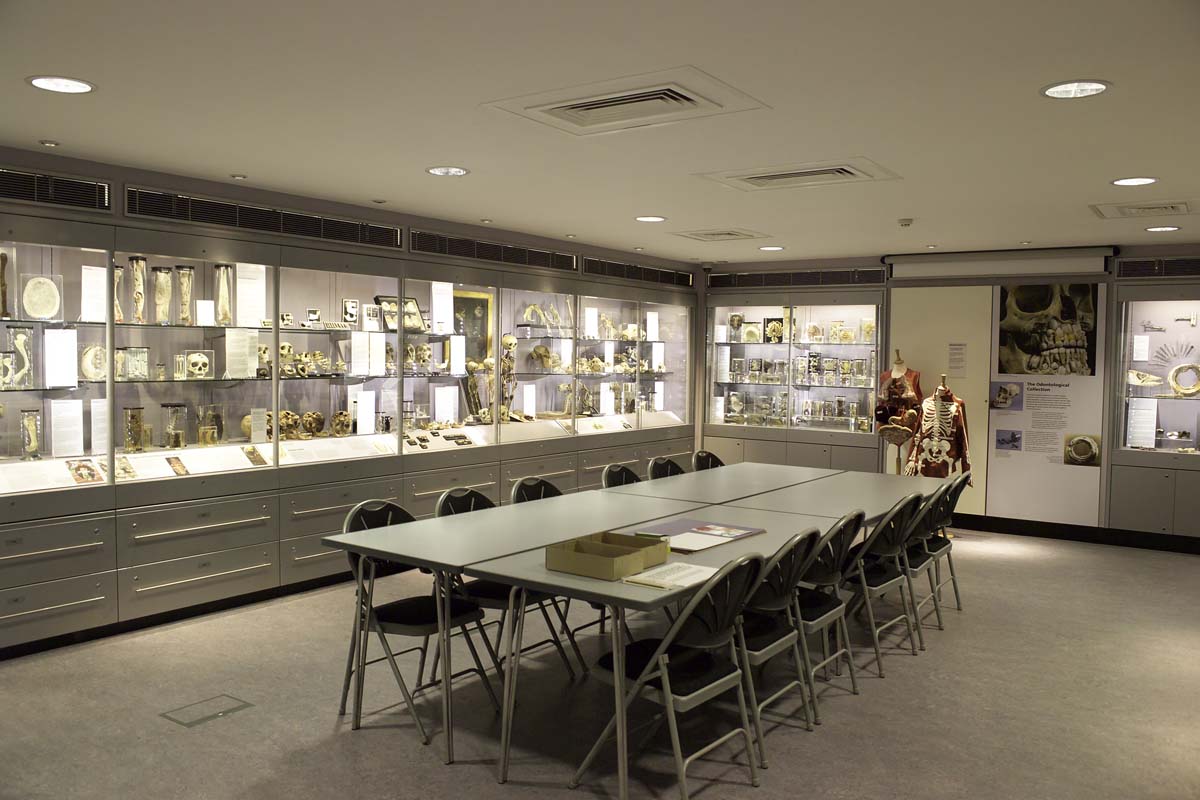 Since 20 May 2017 the museum has now closed again for a new transition. The aging building stock of the Royal College of Surgeons building is being completely redeveloped and the museum will also be recreated taking up a new prominence on the ground floor of the building with better access to the gallery spaces and newly developed displays. The link between John Hunter and the specimens and the history of the Company and College of Surgeons will be a major focus of the re-displayed collections.