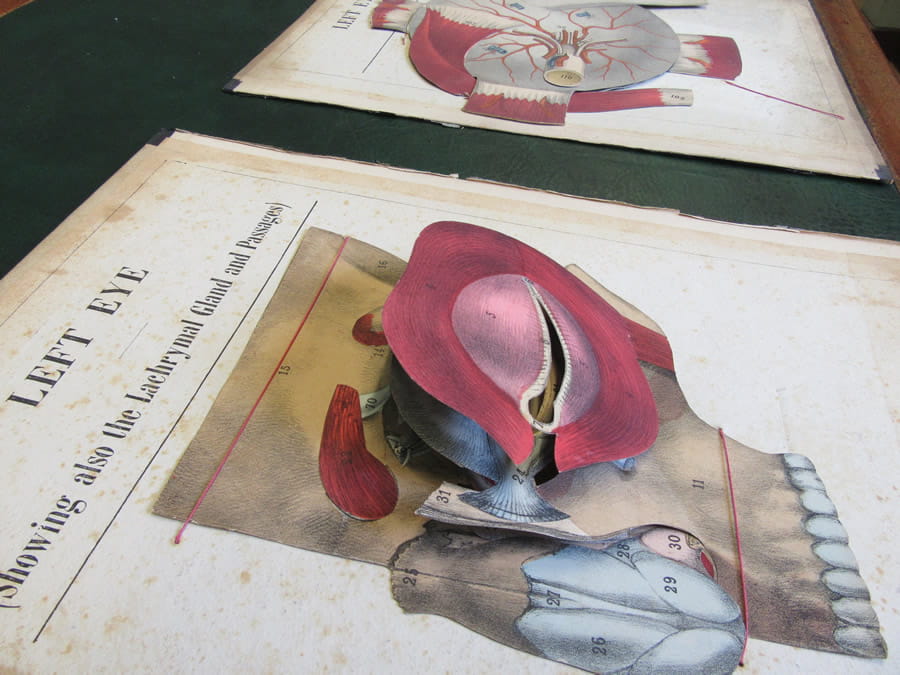 This item is one volume in a series of 11 ‘movable atlases’, that is, books with flaps and pop-up elements to show the structure of the human body in layers. There is a long history of anatomical works with flaps being used as educational items, as they simulate the process of dissection. The earliest such items known date back to the sixteenth century.

This item dates from the ‘golden age’ of flap books in the late nineteenth century, when the advent of machine printing meant the production of illustrations could become more accurate. It has complex linked pieces that lock together to ‘pop up’ as the reader opens them. Such a feature might be seen more commonly today in children’s books, but it wasn’t actually used for works of entertainment until the end of the nineteenth century.

This series was originally published in French. Each of the volumes in English have been translated by different people. This particular item translated by Henry Power FRCS, an ophthalmic surgeon and anatomist who was also engaged in literary work throughout his life.

To note: Other items in the series include the head and neck, the brain and the skeleton. Each item in the series is in need of conservation - each one costing £200. If you would like details on other volumes email fundraising@rcseng.ac.uk