An Architectural History of The Royal College of Surgeons 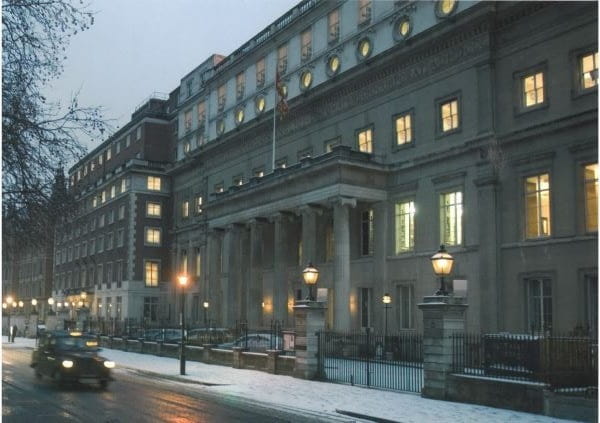 The story of the College building begins in 1745, when the surgeons split from the Company of Barber-Surgeons and, with the aid of an Act of Parliament, formed the Company of Surgeons. This left the surgeons without a home so, in 1751, they moved to a new building in Old Bailey known as Surgeons' Hall. However, the Company of Surgeons soon ran into problems. Due to a failure to adhere closely enough to the regulations that had been laid out in the 1745 Act of Parliament, their powers lapsed. Their attempt to get a new Bill of Incorporation through Parliament was defeated in the House of Lords, largely due to the opposition of Lord Thurlow, the former Lord Chancellor. He apparently observed “there is no more science in surgery than in butchery”.

Meanwhile, the Company of Surgeons left their building in Old Bailey and moved to new premises on the south side of Lincoln's Inn Fields (which was then known as Portugal Row, as this was where the Portuguese Embassy had been located). At the same time, the Company of Surgeons decided to counter their defeat in Parliament by making a Petition to the Crown. This was successful in 1800, leading to the establishment of “The Royal College of Surgeons in London” by a Royal Charter granted by George III.

The College gradually bought more properties on the south side of Lincoln's Inn Fields. Having started at number 41, they bought number 42 in 1803. Ironically this property had once been the home of Lord Thurlow, who’d opposed the Company of Surgeons' Bill of Incorporation in the House of Lords. 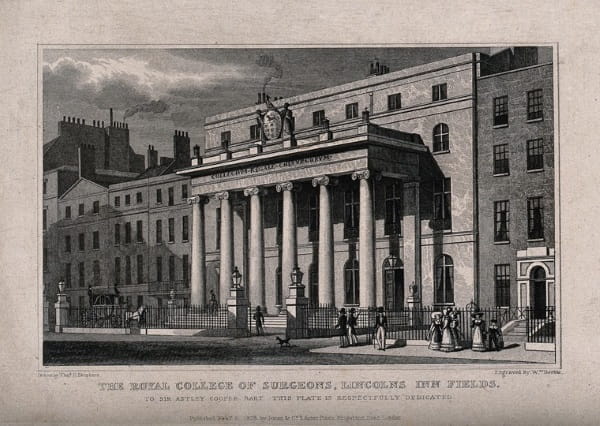 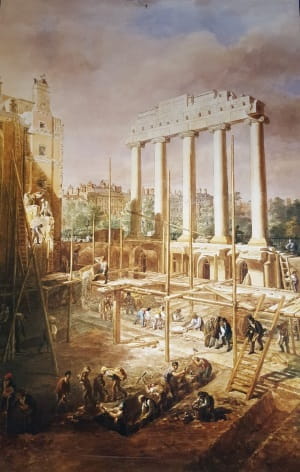 In 1799, shortly after moving to Lincoln's Inn Fields, the Surgeons were entrusted with the Hunterian Collection in perpetuity by Parliament, which had purchased it from John Hunter’s estate. The College now needed more space to house and display the collection as well as for carrying out their own business. They commissioned George Dance and Charles Lewis to design “a large and impressive building”. The Government pledged an initial £15,000 to the building costs, before making an additional pledge of £12,500 with the condition that a portico and pillars were included in the building’s design. The building was opened on the 13th of May, 1813, featuring the portico supported six pillars and bearing the inscription “COLLEGIUM REGALE CHIRURGORUM”.

It wasn't long, however, until the continuing expansion of the Hunterian Collection meant that this new building was deemed to be too small. Number 40 Lincoln's Inn Fields was bought in 1830. A building committee met in late 1833 to decide on how best to proceed and, on the 9th of April, 1834, the College and museum closed in order to demolish the old building and build an entirely new one. Sir Charles Barry was chosen to design the new building and given instructions to keep the portico at the front of the building but to rebuild everything else.

Barry added a large frieze to the portico, with the inscription “ÆDES COLLEGII CHIRURGORUM LONDINENSIS DIPLOMATE REGIO CORPORATI, A.D. MDCCC”. The new building was opened in 1834. The College changed its name to “The Royal College of Surgeons of England” and the word “LONDINENSIS” was changed to “ANGLICI” when a new charter was granted in 1843. 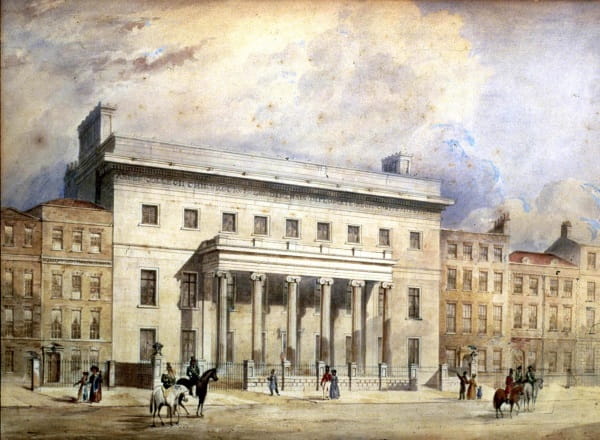 The Hunterian museum collections continued to expand and the College building soon needed to be extended again. In 1851, Charles Barry submitted plans to extend into buildings on Portugal Street that had been bought in 1847 and demolished. Parliament pledged £15,000 and the new extension was completed in 1855. Before long, the building needed to be extended again. Number 43 Lincoln's Inn Fields had been bought in 1860 and demolished, and it was into this location that the College expanded. Building work started in 1888 and it was completed in 1891. The work cost £19,000 and was met by part of the £200,000 legacy left to the College by Erasmus Wilson. As Charles Barry had died in 1860, Stephen Salter was employed to design the extensions and alterations made at this time. 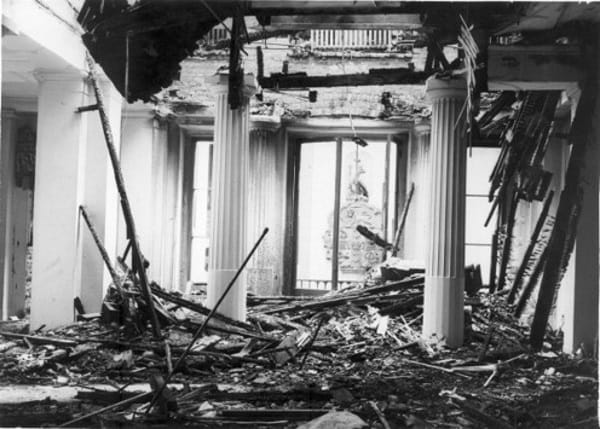 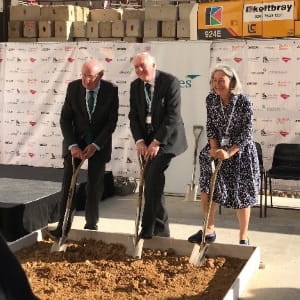 The College building has continued to undergo various extensions and alterations including the major work to repair the damage caused by a World War Two bomb in 1941, the addition of the Nuffield College of Surgical Sciences, right up to the creation of the surgical skills suite on the fourth floor in the early 21st century and now Project Transform. The College has continually grown and redeveloped its spaces, so the current work can be seen as simply a continuation of a long tradition. In September, we celebrated a milestone for Project Transform as RCS President Professor Derek Alderson was joined by past presidents Sir Barry Jackson and Dame Clare Marx for the ground breaking ceremony at our Lincoln's Inn Fields home.