An unlucky elephant: an anatomical account of the elephant accidentally burnt in Dublin, on Fryday, June 17. in the year 1681 – Allen Mullen (1682)

An anatomical account of the elephant accidentally burnt in Dublin, on Fryday, June 17. in the year 1681 records the story of a very unlucky elephant who arrived in London in 1675, probably via one of the East India Company ships. Crowds flocked to see him at Garraway’s Coffee House in the City, despite the entrance fee of three shillings. According to his keepers he would “punch either man or beast that anger’d him, and came within his reach” with his trunk. 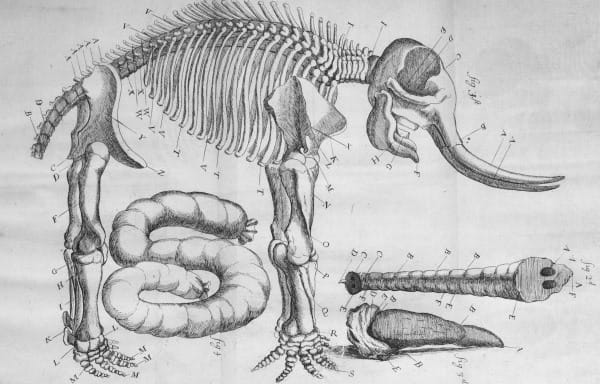 In 1681, a showman called Mr Wilkins took the elephant to Ireland. He was kept in a wooden booth near the Custom House on Essex Street in Dublin where the public were invited view him for a significant admission fee. Sadly, at around three o’clock on the morning of 17th July 1681, the booth in which the elephant was stabled caught fire. The elephant broke a tusk in his efforts to escape before being overcome by the smoke and flames. The crowd that gathered, desperate to see the remains, was so large that armed guards were employed to protect the carcass from individuals keen to “procure some part of the Elephant”. 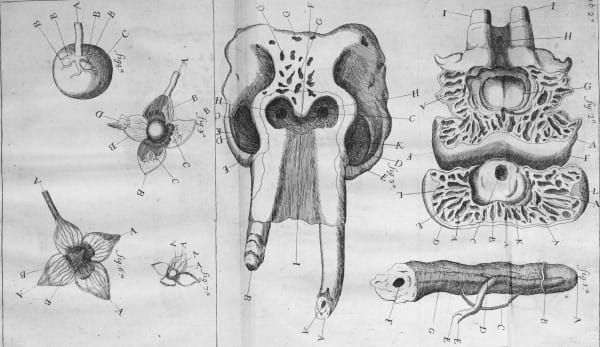 Realising that the elephant’s skeleton could also be exhibited for a fee, Mr Wilkins called in a team of butchers. It was at this point Allan Mullen, an Irish physician interested in anatomy offered his services as he was “desirous” to instruct himself in the “structure of the elephant”. That night, Mullins oversaw the first dissection of an elephant in the British Isles. The bones were boiled and the organs examined by candlelight. Mullen recorded everything he saw, and published his observations after sending them to the Royal Society in 1682, even speculating about why elephants are afraid of mice. 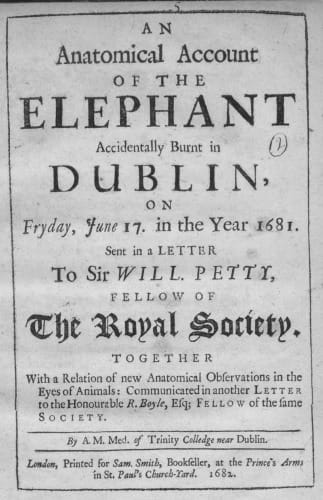 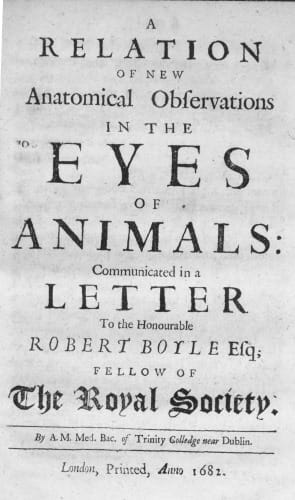 Within three months of the elephant’s death, the skeleton had been put on display. A contemporary account records “it has become a public shew, …. The Sceleton is suspended. That is turns around upon a Swivel fixt in the Beam of a House”.