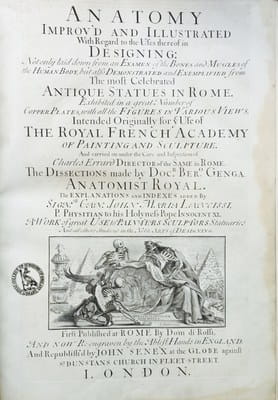 Bernardino Genga (1620–1690) was an Italian surgeon and anatomist, with a great interest in classical texts and Greek and Roman sculpture, which led to him teaching anatomy to artists at the Royal French Academy of Painting and Sculpture in Rome. His book Anatomia per Uso et Intelligenza del Disegno was published in 1691, a year after his death. It was intended for the use of the Academy, and the drawings were performed by Charles Errard, court painter to Louis XIV and first Director of the French Academy in Rome. The accompanying explanations and comments were by Giovanni Maria Lancissi, physician to Pope Innocent XI.

The English translation of the work was published in 1723 in London, and this is the superbly produced edition we hold in the College library: Anatomy improv’d and illustrated with regard to the uses thereof in designing: not only laid down from an examen of the bones and muscles of the human body, but also demonstrated and exemplified from the most celebrated antique statues in Rome: exhibited in a great number of copper plates, with all the figures in various views (1723). The first 23 plates in the book deal with Genga’s study of the bones and muscles in the human body, whereas the plates following thereafter show antique statues from different angles. The frontispiece vignette was re-engraved by John Sturt, a famous English engraver, whose works can be seen at the National Portrait Gallery. 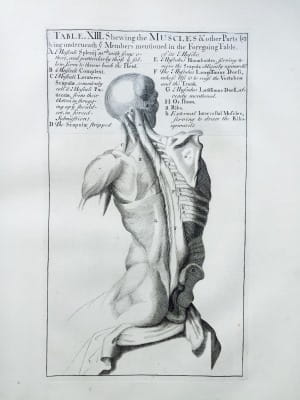 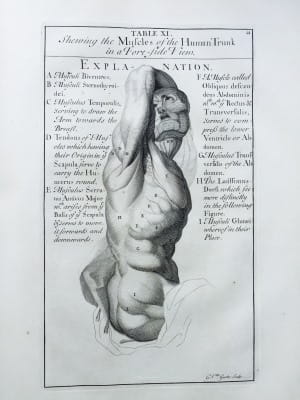 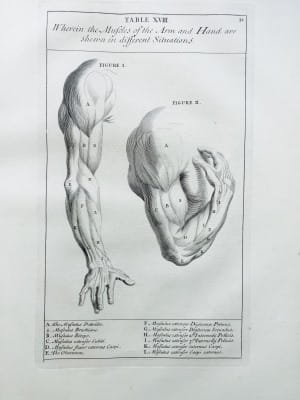 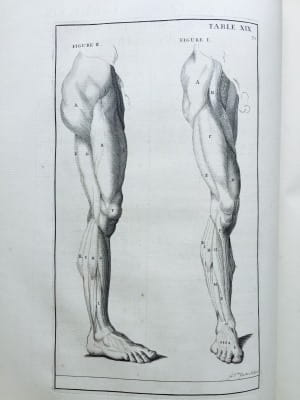 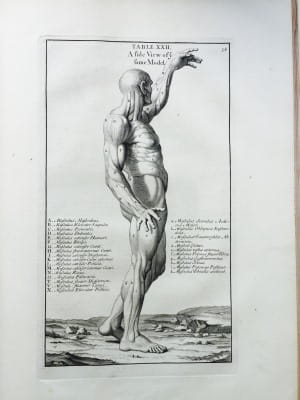 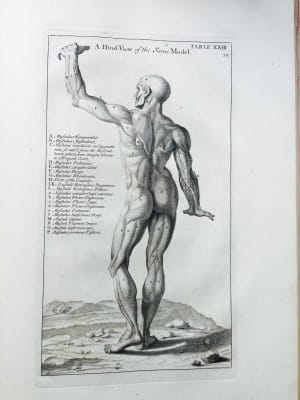 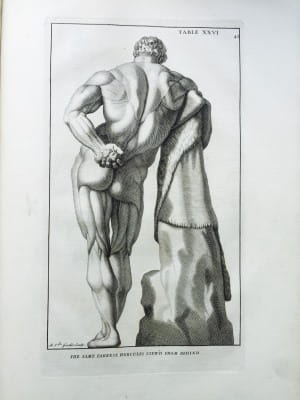