During the Second World War, the College took great care to protect its heritage in the anticipation of aerial bombing. The Library started to evacuate the collections in 1939, moving the most valuable 15th and 16th century books, plus the Hunter and Lister manuscripts, to the National Library of Wales in Aberystwyth. 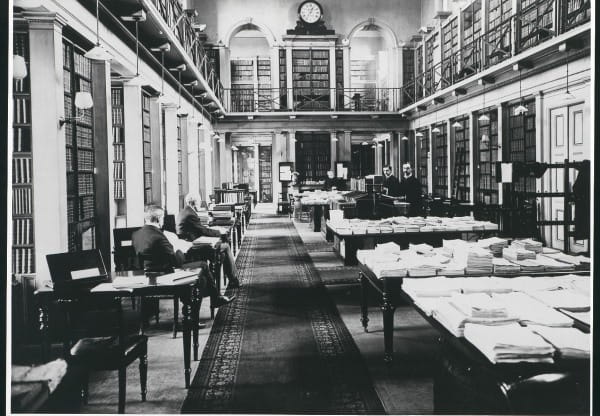 In 1940, Seymour Barling offered space at his home, Alfrick House in Worcester, for part of the collection. Around 55,000 18th and 19th century books and journal volumes, the remaining manuscripts and 3,000 pamphlets were moved there and fitted into two barns plus the drawing room.

Soon afterwards, in January 1941, an agreement was reached with the Royal Society of Medicine (RSM) to share storage space and 3,000 journal volumes were moved to St Albans. 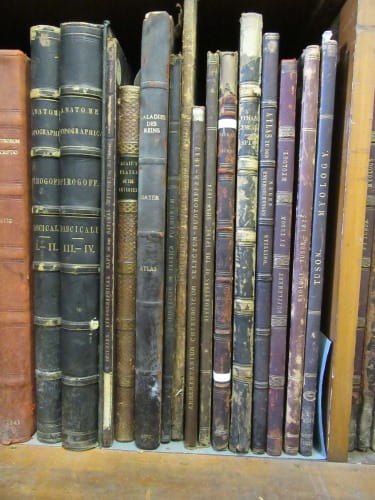 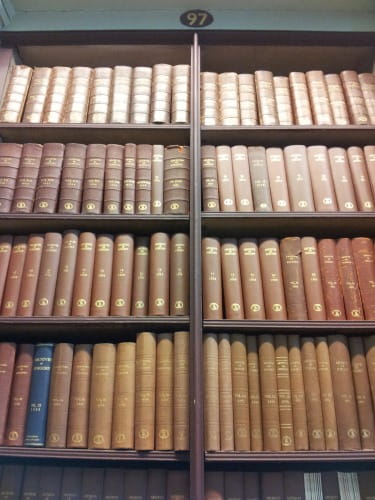 Charles Boughton-Knight offered to provide space in a wing of his house, Downton Castle near Ludlow, for the collection in February 1941. The offer included unfurnished rooms for the Librarian and his family for 2 guineas a week. Approximately 30,000 20th century books and journal volumes were moved there, along with the College Charters in March and April. The engraved portraits and the ‘elephant’ volumes of anatomical plates were divided between Alfrick and Downton.

The move wasn’t easy. It was impossible to obtain packing cases and the books, sent in lorries to the various destinations, inevitably got out of order. Both Alfrick and Downton had uneven floors and beams which created obstacles for the men erecting shelving for the books. Library staff spent several weeks sorting out and shelving the books at both locations. All that remained in London were post-1939 journals and modern text books, while the government reports and university calendars were stored in the basement. 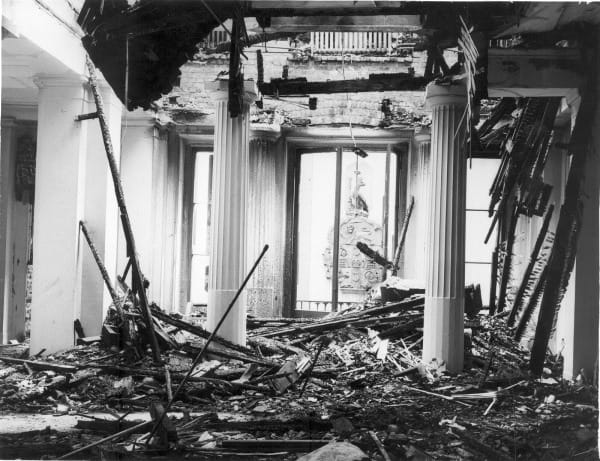 On the 11th May 1941, incendiary devices and a high explosive bomb hit the College. These started a massive fire, causing severe damage to the building. Only the front of the College remained intact (the portico, entrance hall and the Library); it was thanks to the strength of the two sets of cast iron fire doors into the Library that the front of the building survived. 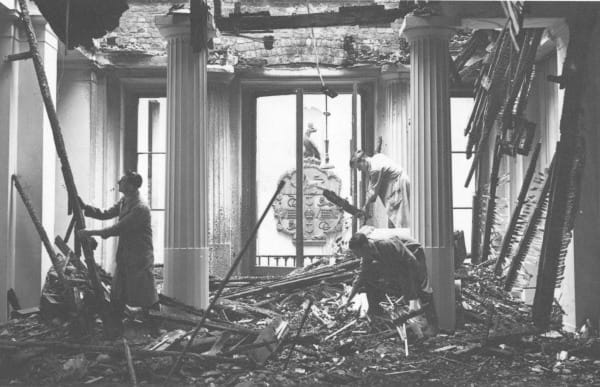 The Librarian, William Le Fanu, reported that the Library suffered damage to the ceilings, windows and furniture, while many of the remaining modern books were thrown to the floor, covered with dirt and cut by glass splinters, but there was no serious damage or loss of books. It had been a close run thing. The report can be read in the RCS England – Minutes of Council. 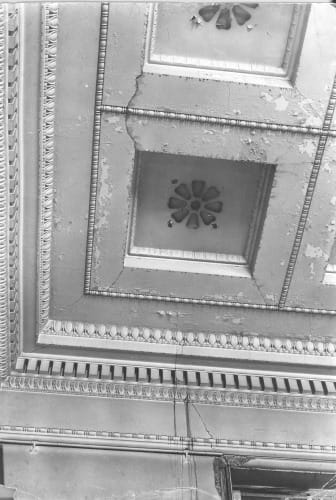 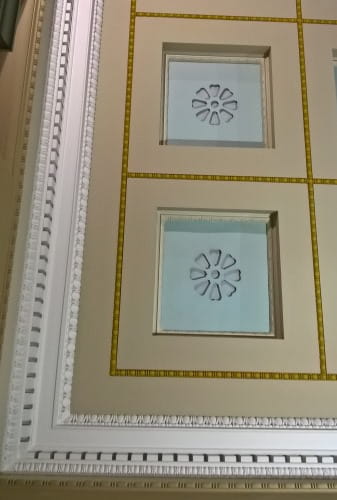 The collections were returned to the Library in 1945/6 from their temporary homes. We still shut the cast iron doors when the Library closes each day. Today we are moving the collections out of the Library as part of the preparations for ‘Project Transform’. This time packing cases are available and everything has a barcode recorded in an inventory so that order is retained during and after the moves.

You can see a fascinating facsimile exhibition in the display cases on the ground floor until June revealing the history of the Lincoln’s Inn Fields building, including the war damage.