Fishes found on the coast of Ceylon: John Whitchurch Bennett

When we try to identify unfamiliar creatures, we use pictures to compare what we can see with a named example. This could be by a photo on the web or in a book. The accurate rendering of colour is very important in description and identifying species. John Whitchurch Bennett’s skilful work is a wonderful example of this. His book described thirty species of exotic fish found in the Indian Ocean in gloriously colourful detail. He produced dazzling effects that conveyed the full glory of these colourful fish to a British readership in 1828. 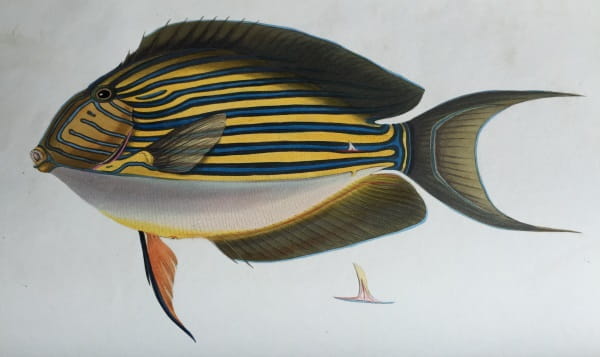 Bennett was a British army officer who worked as a Civil Servant in Ceylon (now Sri Lanka) from 1816 to 1827. The details of his life are sketchy, but he is best remembered for the two outstanding books he wrote, reflecting the interest he had in the country and its natural resources. He served in the Royal Marines from 1806 to 1815, transferring to the British Army in 1815 as a 2nd lieutenant. In 1816, he and his wife sailed to Ceylon to join his regiment, where he later worked in junior posts within the Civil Service and was appointed Sitting Magistrate at Galle and Hambantota on the south coast of the island. 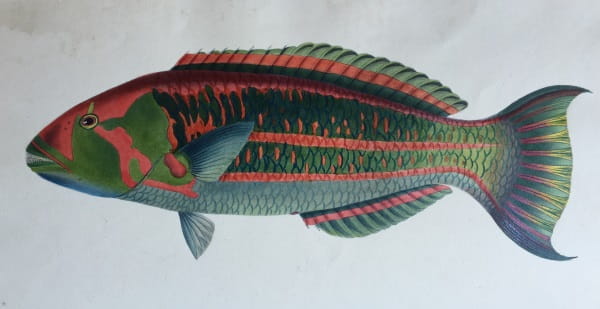 He was a member of the Literary and Agricultural Society of Ceylon when he proposed the publication of A Selection from the Most Remarkable and Interesting Fishes Found on the Coast of Ceylon in 1825. The Society’s members agreed to finance the production by subscription, with the government subscribing to three copies of his ‘fishes’ at £6, 6d. each, a remarkably high price for the time. 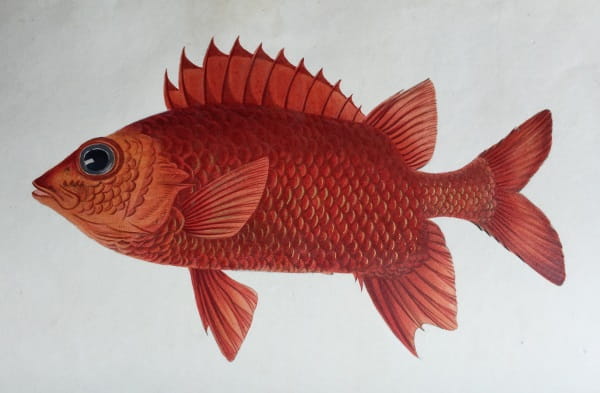 Bennett made his drawings from living specimens, hand-colouring them and providing the accompanying text. In the text he gives both the Latin and native name, with a description of the fish plus information on their habitat and the native use of each fish. The completed manuscript was shipped with a payment of £73 to Rudolph Ackermann, the leading London publisher of colour-plate books. The plates were first published in parts between 1828 and 1830, and the work was successful enough for further editions to be published in 1834, 1841 and 1851. 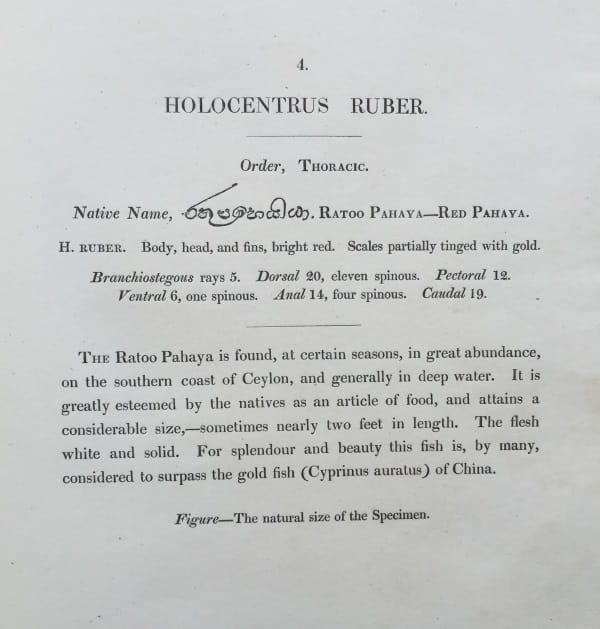 Bennett left Ceylon in 1827 a disappointed man, recalled by an order from England. He is listed as a Fellow of the Linnean Society and as a Fellow of the Horticultural Society, with a London address in Prospect Place in 1829. His books were all published in England, including Ceylon and Its Capabilities: An Account of Its Natural Resources, Indigenous Productions, and Commercial Facilities, a monumental illustrated work published in 1843.

A digitised version of A Selection from the Most Remarkable and Interesting Fishes Found on the Coast of Ceylon can be viewed at the Internet Archive.