Holme’s Great Metropolis: or, views of London in the nineteenth century (and now) 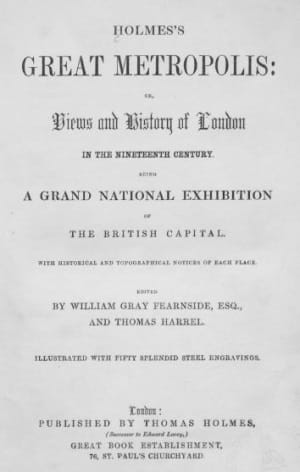 In the nineteenth century, London became the world’s largest city. The population grew from 1 million in 1800 to 6.9 million a century later. The city grew increasingly wealthy but millions lived in overcrowded slums, while areas such as Hampstead remained fairly rural.

The Library has a small collection of nineteenth century books about London. It’s always interesting to see what is written about the places you live in or know well. I was amused by Holme’s Great Metropolis; the title goes on to describe it as “a grand national exhibition of the British capital with historical and topical notices of each place”. The book has a large number of illustrations, drawings of the “sights”. It is surprising how recognisable many of the views still are and, over the last few months, I’ve been taking photos of the drawings’ locations to see how they’ve changed since 1851. 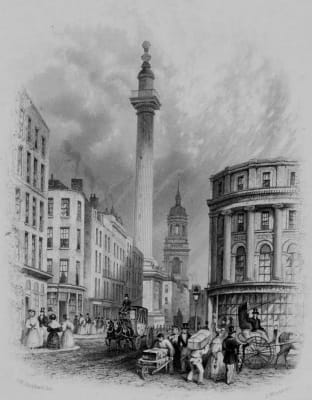 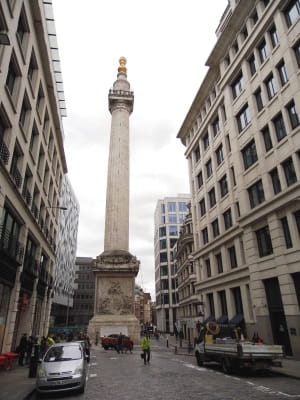 The Great Exhibition of 1851 was one of the most famous events held in London during the nineteenth century. Held between May and October, 6 million people visited the exhibition housed in the innovative Crystal Palace in Hyde Park. Designed by Joseph Paxton, the enormous glass and iron building was 564 metres long by 138 meters wide, containing fully–grown trees and statues in addition to the exhibits. The building was moved and re-erected in 1854 at Sydenham Hill in south London, an area later renamed Crystal Palace. Sadly, it was destroyed by fire in 1936. The images here show an engraving of the Crystal Palace in 1851 and the remains of the upper terrace now at Crystal Place. 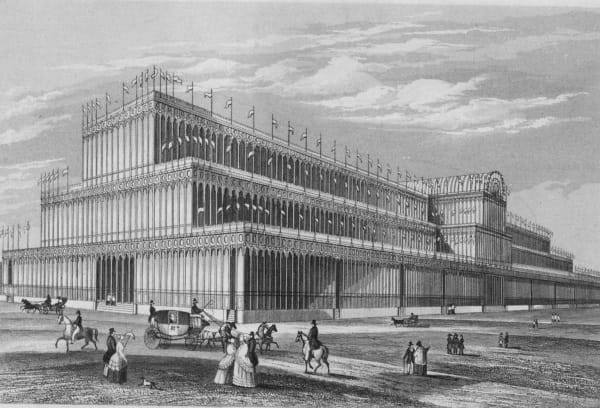 Thomas Holmes published his book on London in conjunction with the Great Exhibition, celebrating both the spectacle and the city. He updated the work on Fearnside and Harrel’s History of London, published in 1837, adding engravings from Trotter’s Select Illustrated Topography, published in 1839, and a further five new pictures to give an appearance of contemporaneity. 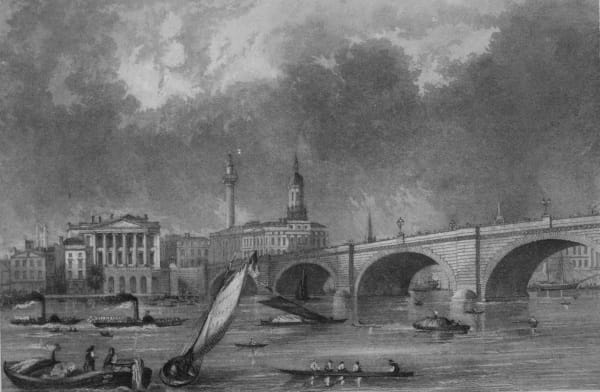 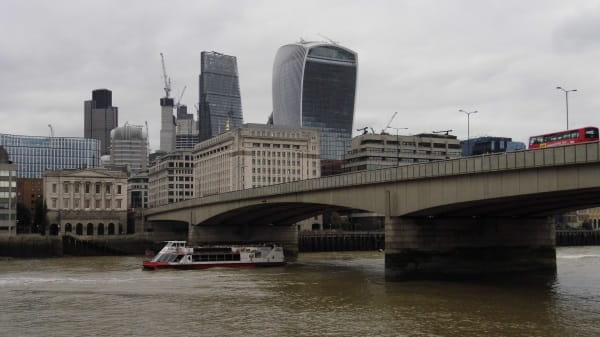 The streets look as congested then as they are now; the engravings contain lots of everyday details. Crowded with people, horses, carriages and carts, soldiers and dogs, it is surprising how similar some of the views are, with many buildings shown in the 1851 engravings still visible now. While there’s a different London Bridge, the sweep of Regent Street remains the same. Many of the buildings have been cleaned and now appear paler than they would have in the 19th century. The churches are no longer the tallest buildings, but it is surprising how much of an older London remains.