Hortus Malabaricus: the Garden of Malabar

The oldest comprehensive printed book on the natural plant wealth of Asia and of the tropics, Hortus Malabaricus (meaning ‘Garden of Malabar’) is a comprehensive treatise that deals with the medicinal properties of the flora in the Indian states of Kerala, Karnataka and Goa. It contains descriptions and illustrations of 742 plants, was originally written in Latin and was compiled over a period of nearly 30 years and published from Amsterdam during 1678–1693. 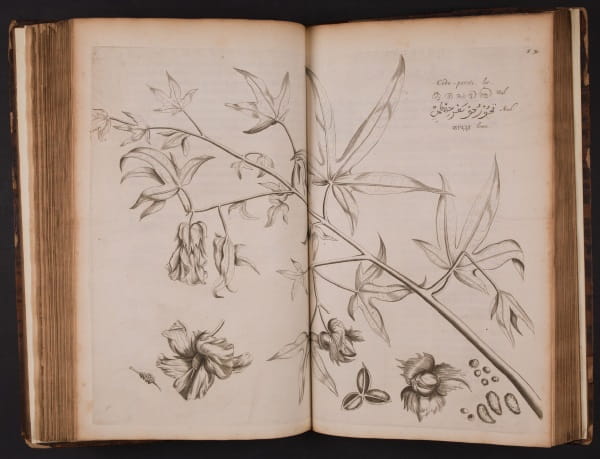 This rare record of the plants and traditional medical practices of ancient India described the medicinal properties of the flora, the diseases which they were used to treat, and composition and dosage of the medicines as known to the traditional physicians of Malabar.

The author/originator of the book was Hendrik van Rheede, the Governor of Dutch Malabar at the time. The work was, in effect, a large compilation using contributions by academic and amateur botanists, physicians and folk medicine practitioners, engravers and illustrators. Contemporary sources suggest that nearly 100 people were involved in its production. These accounts also show that it threw open a vast treasure house of knowledge to scientists, medical practitioners and academics for further study and practice. 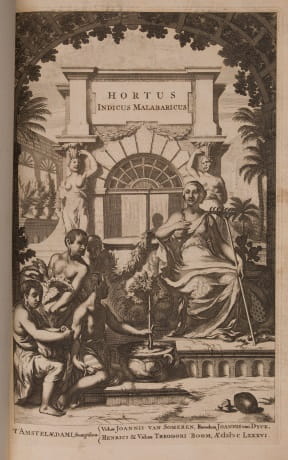 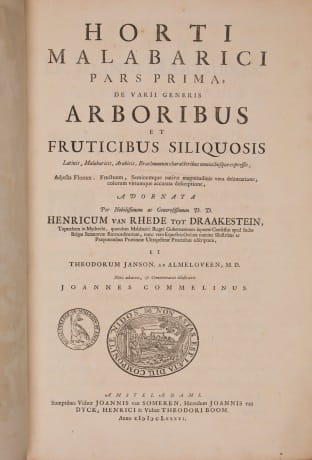 For historians looking at it now the book also provides much insight into the cultural, social, political, historical and linguistic conditions prevailing in India at the time. It’s not an exaggeration to argue that van Rheede’s work represents perhaps the only authentic record of the local medical knowledge of ancient Malabar available to us today. A proportion of the plants mentioned in the work have yet to be identified, which suggests further detailed research could produce interesting results that might influence future treatments in both herbal and modern Western medicine.

The book included writing on contemporary Ayurvedic medicine by Itty Achudem, a traditional physician who was an expert on local plants used in medicinal and culinary formulations. Achudem's medical palm leaf manuscript is thought to have been handed down through his family to the present day but was recently destroyed by accident. Even in 1678 van Rheede was writing about his worry that ancient knowledge on the health benefits of Indian plants was dwindling:

‘...[the use of plants] whose curative virtues were proclaimed by indigenous physicians as having been famous for extreme antiquity...[is] rapidly approaching its end’.

Despite this gloomy judgment Hortus Malabaricus is believed to be the earliest comprehensive printed work on the flora of Asia and the tropics, making it much more of a beginning than an ending.