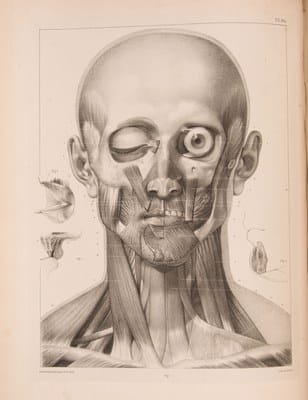 One of the most stunning anatomical atlases in the RCS collections is Jean Baptiste Marc Bourgery’s monumental work in eight volumes.

With the development of the lithographic technique there was a great flowering of anatomical atlases in mid-19th century France. Interestingly, this coincided with a time when students had ready and easy access to a plentiful supply of bodies and anatomical lectures were frequently held in large amphitheatres. These atlases would have been too expensive for students to buy and would not have been used as dissection manuals, but they were bought as reference material by doctors and the intelligentsia. 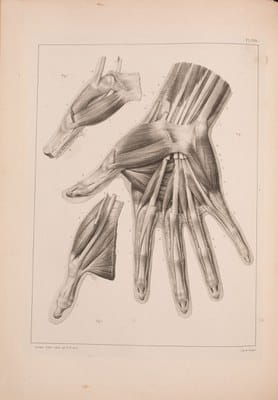 When Bourgery (1797-1849) mentioned his ambition to produce an atlas of the whole human anatomy to the great French comparative anatomist Cuvier, the latter encouraged him but warned him that it might take the rest of his life – he was 32 at the time! As it happened the last of the volumes was published in 1854, five years after Bourgery’s early death from cholera. Although he had many eminent collaborators – including Claude Bernard, the great experimental physiologist – Bourgery did see the project through to completion, writing emphatically on the last plate: “Plate 60 and the last of the eighth and last volume”! 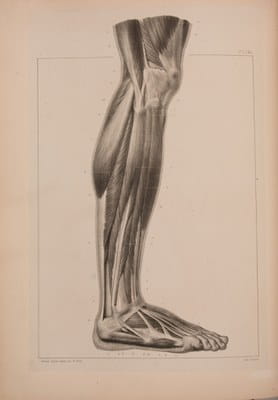 This atlas is noteworthy for the 726 stunning plates drawn by the artist Nicolas-Henri Jacob (1782-1871) and transferred by a team of skilled lithographers. Jacob had been a pupil of Jacques-Louis David, the neo-classical artist of the French revolution, and something of his style can be seen in the plate shown. Jacob was Professor of Illustration at the French National Veterinary School. He was associated with several other important medical projects of the time, including work for Dupytren, and it is said that he may well have directed the prosection. One of the prosectors was a protégé of Bourgery’s, Ludovic Hirschfeld (1816-1876); his signature “Ludovic” can often be seen on the bottom of the plates. He had been born in a ghetto in Central Europe and Bourgery saw him through medical school - he eventually became Professor of Anatomy in Warsaw, still signing himself Ludovic. 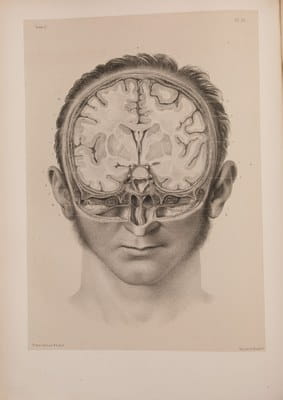 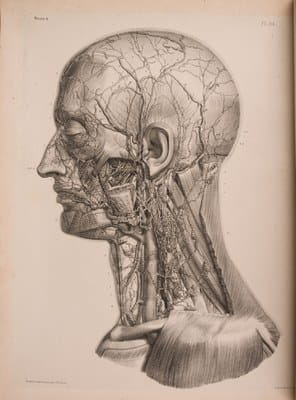 (The content of this article was taken from the Bulletin of the Royal College of Surgeons of England, 1999, Vol 81 No 4.)