Joseph Swan was born into a medical family who had practiced in Lincoln for over a century. After completing an apprenticeship under his father, he moved to London to complete his training at Guy’s and St Thomas’ hospitals. A modest man, he became a favourite with his teachers Henry Cline and Astley Cooper. They quickly saw his “native genius for dissection”, presenting him with this set of lithotomy instruments as a mark of appreciation for his assisting their students in the dissecting room. 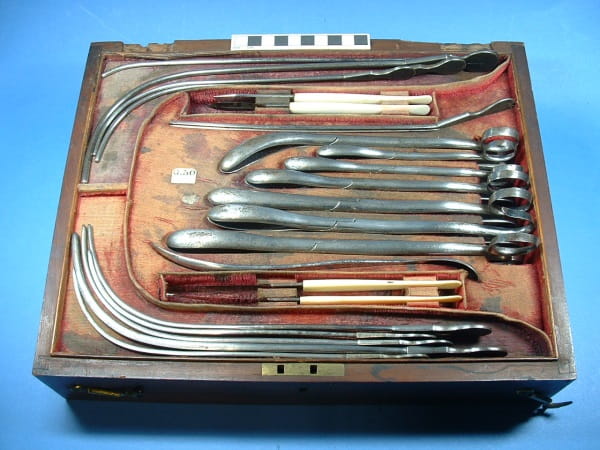 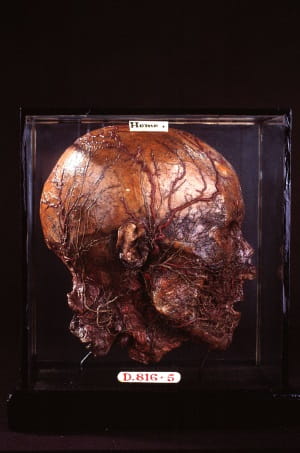 Returning to Lincoln in 1814 to work as a Surgeon at the Country Hospital, Swan retained his interest in basic medical sciences but there were difficulties in obtaining subjects for dissection at Lincoln. Astley Cooper found an interesting solution to this problem. Every Christmas, he sent Swan a large hamper containing a well-selected human subject. Labelled “glass, with care” and very well sealed, it was dispatched on the night stagecoach from London. These generous gifts allowed Swan to continue with his work as an anatomist. He presented this specimen, showing the superficial nerves and arteries of the face and neck, to the College.

Swan won the College’s Jacksonian Prize in 1817 with his essay On deafness and diseases and problems of the organ of hearing. While working as a surgeon at Lincoln, he carried out what were probably the first animal experiments on nerve injuries. He won the Jacksonian Prize again in 1819 with an essay reporting his results, A dissertation on the treatment of morbid local affections of the nerves. He achieved a remarkable success when he was awarded the College’s Triennial Prize in 1822 and again in 1825 for works on nerves. Founded in 1822, the Triennial Prize has only been awarded seven times. The College had such a high opinion of Swan’s merit they presented him with an honorary gold medal in 1825.

Elected as a member of the Council of the College of Surgeons at the age of 35, he gave up his lucrative practice in Lincoln in 1827 and moved back to London. Settling into a house in Tavistock Square, he turned the billiard-room into a dissecting-room to continue his work as an anatomist. He completed his chief work A demonstration of the nerves of the human body in 1830. These drawings are from his 1834 work on nerves and are held in the RCS collections. 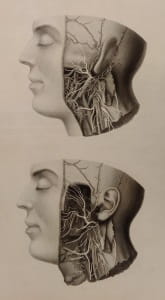 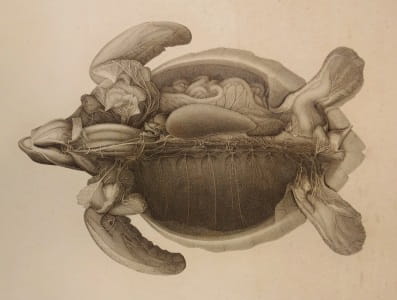 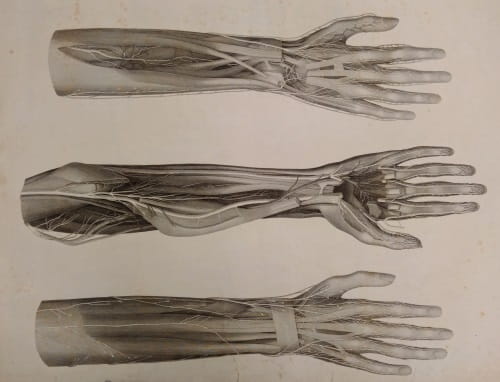 He continued to pursue his anatomical work and publish books and papers over 40 years. Many of his works are in the Library collections and some papers were digitised as part of our contribution to the UK Medical Heritage Library. Elected as a life member of the RCS in 1831, he was nominated as a Fellow in 1843. He never married, retiring to Filey in Yorkshire in 1870 after a severe illness, and is buried in the local churchyard.

The RCS collections reflect the history of British surgery and its development. In 2013, the combined museum, archive and library collections were awarded Designated status by Arts Council England. Joseph Swan is a good example of the benefits of looking at the collections as a whole. The wide spectrum of his work held in the collections allows you to see how his ideas developed over time, and were shared with colleagues.