Mermaid Santa, and the comical anatomical: Quirky medical Christmas cards from the Forties

The first Christmas cards were commissioned by Sir Henry Cole and illustrated by John Callcott Horsley in London on 1st May 1843. The image of a family raising a toast and giving food and clothing to the poor was popular, and Cole, who had contributed to the introduction of the penny post in 1840, somewhat shrewdly printed and sold over 2,000 of copies of the card, and a tradition was born. 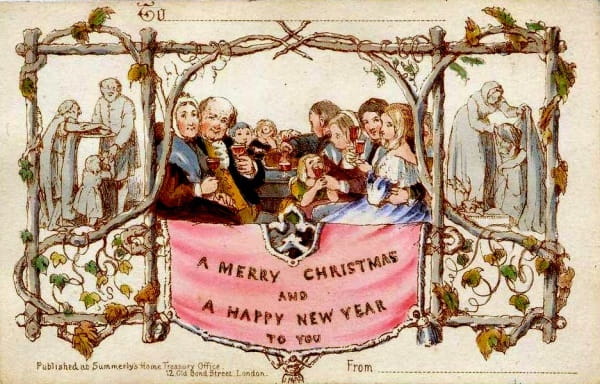 Image above from Wikimedia Commons, Firstchristmascard.jpg, in the public domain.

Early cards tended to reflect Victorian pictorial tropes, such as charming or funny children and animals, or flowers and fairies, rather than the religious images or snowy landscapes that proliferated on traditional cards in the 20th century. This was thought to be cheerful and designed to evoke thoughts of spring rather than dwelling on the depths of winter. As time went on, themes expanded to include Santa, Jesus and the nativity, as well as the aforementioned landscapes, angels and the star of Bethlehem.

One Otologist, however, wrote an article in 1947 arguing that personal cards be “tailor-made…[and] homemade to record a pertinent incident, a recognized interest, or an avocational leaning of the recipient”. To this end, the article gives a double page spread to cards designed by a medical illustrator, Mary Dixon Elder, for a “departmental party” at Northwestern University Medical School. The cards were individually surgically and anatomically themed, some more successfully than others, to bring a personal touch to the proceedings. The author adds that “the cards employed to accompany gifts lent to the occasion a spirit of appreciative friendliness and an atmosphere of jocular comradeship”.

An inventive one was the human central and peripheral nervous system turned upside down “to stand on the cerebellum, [and] represents the traditional evergreen of Christtide, suitably tinselled and bespangled” (for a professor of neuroanatomy). 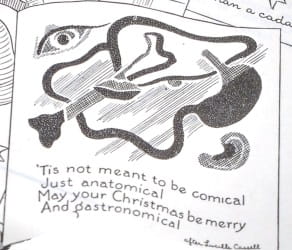 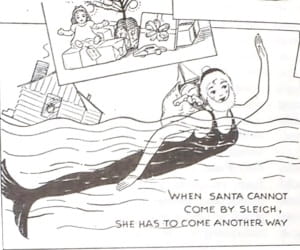 One, for a member of the art department, displays the message “Tis not meant to be comical, just anatomical, May your Christmas be merry and gastronomical”. My personal favourite is the mermaid Santa which comes with the tagline “When Santa cannot come by sleigh, she has to come another way”. The ‘backstory’ for this card was that the technician for whom it was designed was also a champion swimmer. 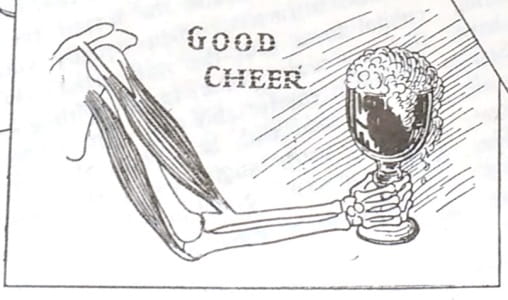 Perhaps best not to ask what the glass is overflowing with in the image of a “Flexor-extensor mechanism functioning to lift the brimming glass”, and likewise avert your eyes if the festive season already has you feeling queasy, because the image of a caecum (an intraperitoneal pouch for those unfamiliar) “with beribboned vermiform process…for the author of an atlas of gross anatomy” isn’t going to help. 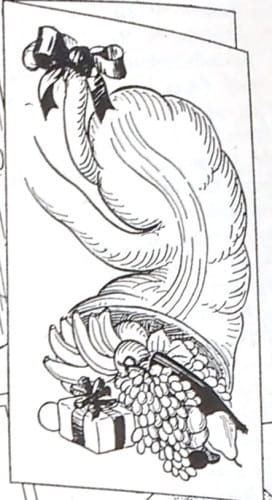 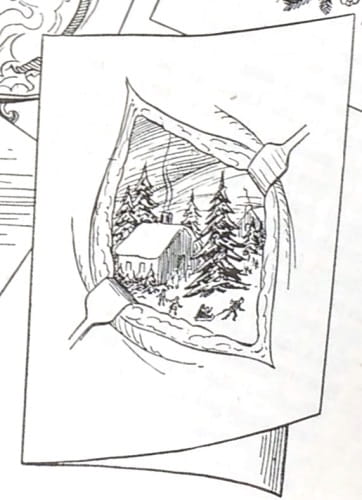 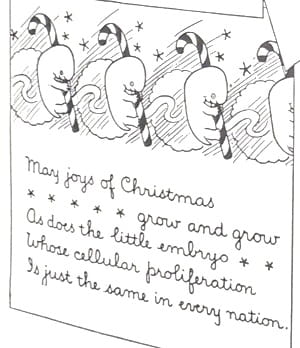 In another, it seems the illustrator thought that a traditional wintery scene lacked pizzazz and one way to enliven it might be to add “curtains which are skin flaps drawn aside by retractors”. Perhaps the sentiment to end on should be a universal one, captured here in a card designed for an assistant in embryology: “May the joys of Christmas grow and grow, As does the little embryo, Whose cellular proliferation, Is just the same in every nation”.