Questions on a Big Idea: The Enchanted Loom 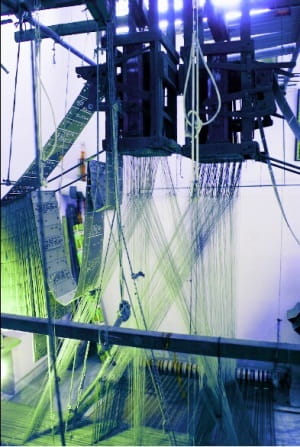 The ‘enchanted loom’ is a famous metaphor for the human brain, invented to poetically describe a conception of what happens in the cerebral cortex when you wake from sleep:

The great topmost sheet of the mass, that where hardly a light had twinkled or moved, becomes now a sparkling field of rhythmic flashing points with trains of traveling sparks hurrying hither and thither. The brain is waking and with it the mind is returning. It is as if the Milky Way entered upon some cosmic dance. Swiftly the head mass becomes an enchanted loom where millions of flashing shuttles weave a dissolving pattern, always a meaningful pattern though never an abiding one; a shifting harmony of subpatterns.

Ok- that’s a great image; who thought of it?

Fellow of the College, donor to the Library and pioneering neuroscientist Charles Scott Sherrington (see Plarr's Lives of the Fellows for his biography) wrote about it in a passage from his 1940 book Man on his nature.

What else is Sherrington famous for?

Sir Charles Scott Sherrington was awarded a Nobel Prize in 1932 for his work on neurons, and he famously coined a lot of the language to describe the central nervous system, including ‘synapse’. He could be described as something of a Renaissance man, who used his insight to examine science through a new and wider perspective that encompassed his poetical and philosophical sensibilities. 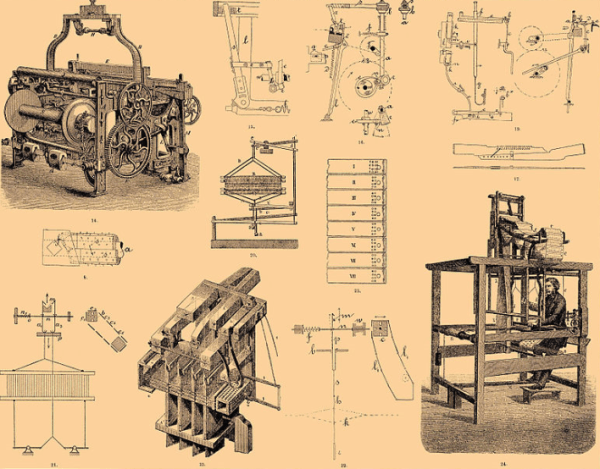 What and who inspired this comparison?

Contemporary parallels seem to most closely resemble the Jacquard loom – which in itself was an impressive invention, monumental in size and complexity. It has also been argued that Sherrington may have read another writer, Fredric Myers, who had used the following phrase in 1887: “picture the human brain as a vast manufactory, in which thousands of looms, of complex and differing patterns, are habitually at work”. 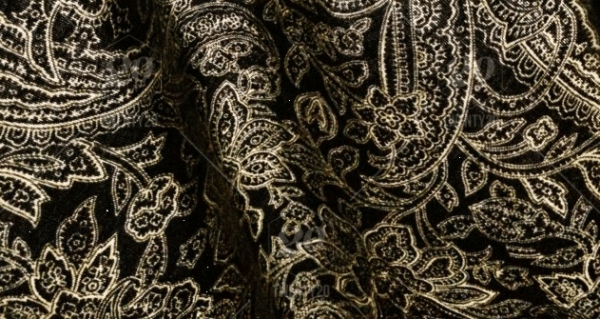 Not about the idling brain in sleep: we now know that the brain never stops working, but the image still works as a summary of the fantastically multifaceted power of the mind.

How influential was Sherrington?

Very, Stephen Casper argues that most of Sherrington’s contemporaries and students would have read his books and subscribed to his ideas that medicine and the life sciences were “inextricable and convergent”. Thus his earlier ground-breaking works, The Integrative Action of the Nervous System and Man on his nature, not only demonstrated important principles of biology, they paved the way for the fusion of ideas that became biomedicine and biomedical research. Sophisticated yet accessible writing made him eminently readable and quotable. The concept of the enchanted loom therefore gained traction not just in the scientific world. 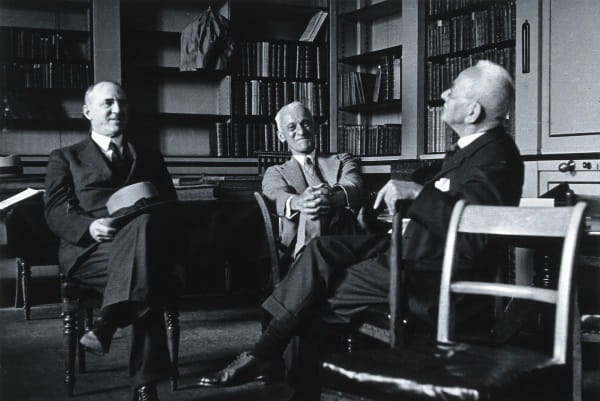 Credit: Wellcome Collection. Thorndike, Cushing and Sherrington. Group portrait of US historian Lynn Thorndike (left, 1882-1965), US neurosurgeon Harvey Williams Cushing (centre, 1869-1939) and British physiologist Charles Scott Sherrington (right, 1857-1952). They are conversing in 1938 in the library at the Royal College of Surgeons of England, London, UK. Thorndike wrote on medieval history and science, including the history of medicine. Cushing was a pioneering brain surgeon. Sherrington was awarded the 1932 Nobel Prize in Physiology or Medicine for his work on the nervous system. Photographed by Swiss-US microbiologist Arnold Carl Klebs (1870-1943).

Who found inspiration in the concept?

There are various sci-fi books, art and even music inspired by the metaphor. Closer to Sherrington’s work are a number of neuroscience works that reference the phrase in their titles like this one in the College Library.

Why is now a good time to be thinking about Sherrington’s idea?

The death on March 4, 1952, of Sir Charles Sherrington at the age of 94 marked the passing of the man of genius who laid the foundations of our knowledge of the functioning of the brain and spinal cord. His classic work Integrative Action of the Nervous System, published in 1906, is still a source of inspiration to physiologists all over the world. It was reprinted as recently as 1947 for the first post-war International Congress on Physiology. His work did for neurology what the atomic theory did for chemistry. It is still as refreshing as it was in 1906, and it has needed no revision.

Obituary notice in The British Medical Journal for March 15, 1952.

This obituary distils the essence of what made Sherrington great and unique. His scientific research did not stop and he continued to challenge his own thinking - working as the Chair of Physiology at Oxford until the age of seventy-eight. He then delivered the Gifford Lectures on Natural Theology at Edinburgh University (1937-1938), which were later published under the title Man on His Nature (1940) in which the idea of the enchanted loom was advanced. Stephen Casper argues that Sherrington’s work “demonstrated the power of weaving together knowledge from such disparate fields as comparative zoology, pathology, histology, chemistry, and psychiatry”.