Mrs. Burke appeared better clothed than ordinary, and her husband to have money at command. This was about a twelvemonth ago, when the system of murder, or at least, of rifling the churchyards, had commenced. 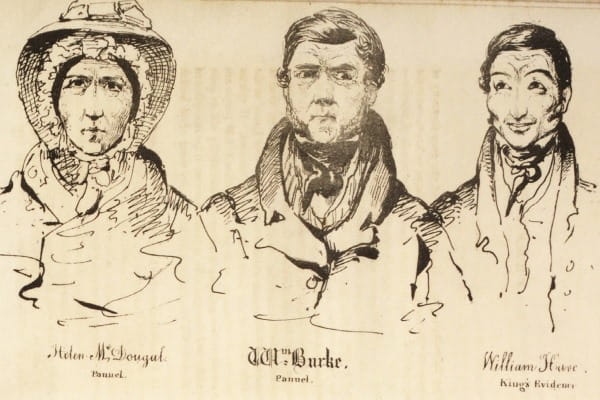 Halloween is when we examine and sometimes celebrate our fears – who hasn’t experienced the fun and excitement alongside the horror when watching a scary film or listening to a spooky ghost story? One case that has all the drama, twists and turns required to make good horror is that of William Burke and William Hare. A striking feature of this story is how much it appeared to capture the public imagination: how much it generated in terms of news, books, broadsides, ballads, accounts from the witnesses and even Burke himself is extraordinary. As one contemporary put it:

No trial in the memory of any man now living has excited so deep, universal, and (we may almost add) appalling an interest as that of William Burke and his female associate. By the statements which have from time to time appeared in the newspapers, public feeling has been worked up to the highest pitch of excitement, and the case, in so far as the miserable pannels were concerned, prejudiced by the natural abhorrence which the account of a new and unparalleled crime is calculated to excite.

This “new crime” is what Caroline McCracken-Flesher refers to in her book (The Doctor Dissected: A Cultural Autopsy of the Burke and Hare Murders) as “Enlightenment science matched with nineteenth century commerce”, the crime of murdering specifically to collect the money that could be earned by supplying a corpse to an anatomical school for dissection, in this case the school of Dr Robert Knox. Burke and Hare were emboldened by the sale of the body of a friend who had died in debt to them. Soon they were seeking out poor, sickly, homeless, vulnerable people, drinking with them, sometimes drugging them and murdering them, often by suffocation. 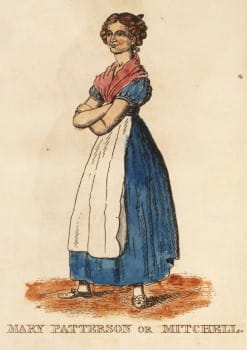 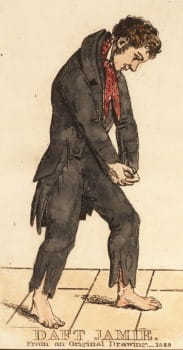 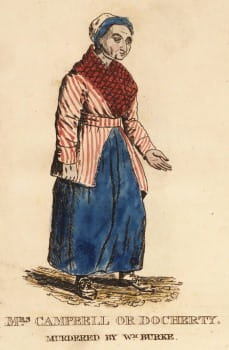 Sir Walter Scott has this rather cruel and dismissive sounding summary of how the pair got away with their crimes for so long: “Our Irish importation [Burke and Hare were both from Ulster] have made a great discovery of Economics, namely, that a wretch who is not worth a farthing while alive becomes a valuable article when knocked on the head and carried to an anatomist; and acting on this principle, have cleared the streets of some of those miserable offcasts of society, whom nobody missed, because nobody wished to see them again”.

The Library holds a volume which collects some of the published material that appeared in the wake of the trial.

In it the author remarks on “the peculiarity of the motives for, and the extraordinary circumstances connected with, and under which, the crime was perpetrated;…[which] for atrocity and singularity, stands unparalleled in the annals of any country”.

Furthermore the trial was represented by the “whole of the Evidence.. given verbatim, both Question and Answer”. It also contains “Portraits of the criminals Burke and M‘Dougal, and of Hare their guilty associate,… taken in Court during the Trial by an Eminent Artist, and acknowledged to be correct and striking Likenesses”.

The case caused a sensation then, and still fascinates now, because of the grotesque nature of the crimes, the feeling that it was ‘easy’ for the pair to operate their ‘business’ in corpses and the fact that, even at the trial, justice might appear to be done for Burke, but this was at the cost of letting Hare and his wife free – as they exchanged immunity for the evidence that led to convicting Burke. 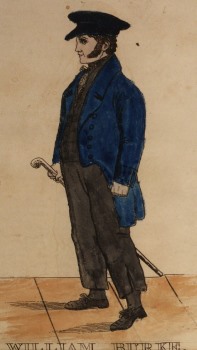 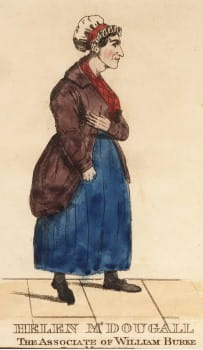 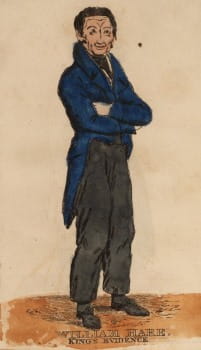 The second item is a Letter to the Lord Advocate, disclosing the accomplices, secrets & other facts relative to the late murders with a correct account of the manner in which the anatomical schools are supplied with subjects by the Echo of Surgeons Square 1829.

In it, the author calls for justice for others involved in the sale of bodies: “The exact extent, to which this traffic in blood has been carried on, and by whom, is yet a secret. Part of the gang have been brought to light, and by a strict investigation, I have no doubt but the remainder may also be brought to condign punishment.”

The third item is a pamphlet written by a “medical officer in the Royal Navy”: Reflections suggested by the murders recently committed at Edinburgh being an epistle to the Right Hon Robert Peel MP 1829. In it “Burke's iniquitous practices are traced to their real source, and an attempt is made to indicate measures whereby the recurrence of similar enormites may be for ever prevented”.

The murders seemed to inspire a need for all this detailed information: people wanted to know exactly what had happened and there seems to have been a lingering feeling that further investigation needed to take place and lessons needed to be learnt so that it couldn’t happen again. Eventually, Burke received the end that prevailing feeling at the time considered he deserved: he was publicly hanged with an audience of roughly 25,000, then dissected and put on display, initially to around 2000 medical students and the next day 30,000 members of the public. Burke’s skeleton can be found today at the Edinburgh University Museum. The fascination with the story, however, has never subsided.

For more Halloween Blog action see our previous offerings: Skeletal Rabbits and Horror in our Collections.