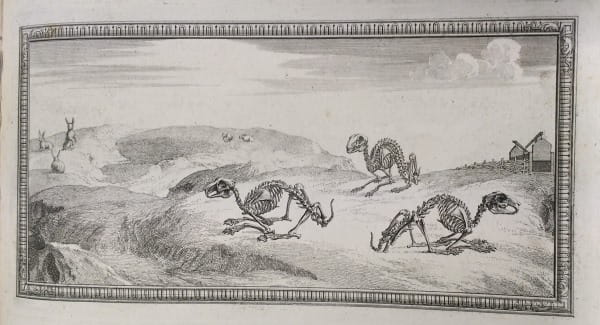 William Cheselden’s influence on the development of surgery, the study of surgical techniques and anatomy is well-documented. The man who famously healed a blind boy by removing a clouded lens, and introduced the technique of “cutting laterally for the stone”, was also the author of one of the truly memorable anatomical works of the period, Osteographia. Cheselden did not stint in his ambition to make the work both monumental in size and scope whilst also being painstakingly detailed. 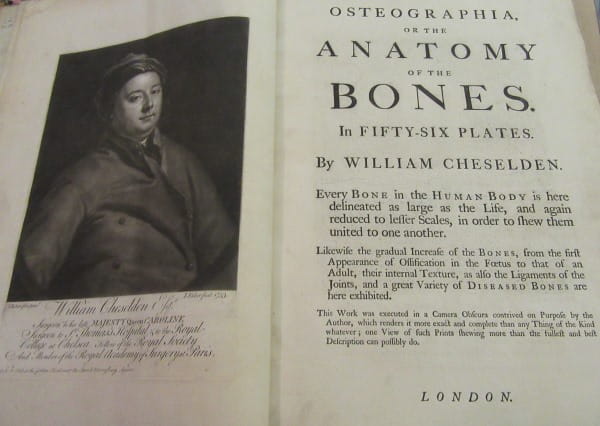 The characteristic vignettes at the head of each chapter hint that he also had a playful side that arguably entertained, as well as educated, with his use of skeletal animals in their naturalistic habitats. The stork fishes for a bony catch, the rat and weasel size each other up baring all of their jawlines and, here at the Royal College of Surgeons, we hold a rare unused vignette of skeletal rabbits sitting atop a low hilly landscape, admiring the view through empty eye sockets. The rabbits appear to have been from a sequence commissioned when the idea of more than 3 volumes of Osteographia was in place. The juxtaposition of the 5 living ‘normal animals’ in the background of the picture, while the 3 skeletal ones in the foreground take centre stage, is also interesting and unique amongst the vignettes. 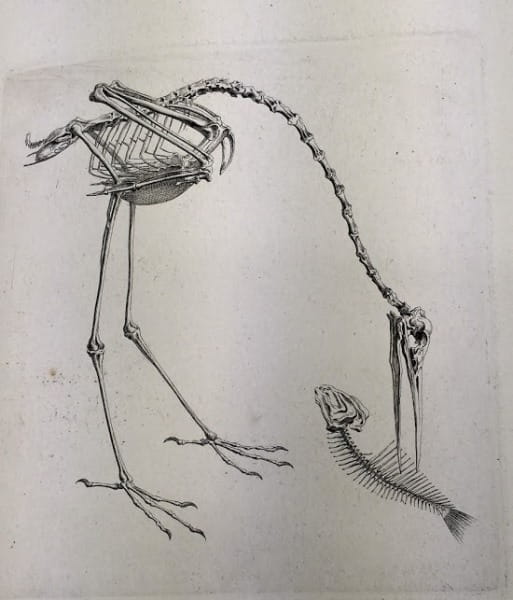 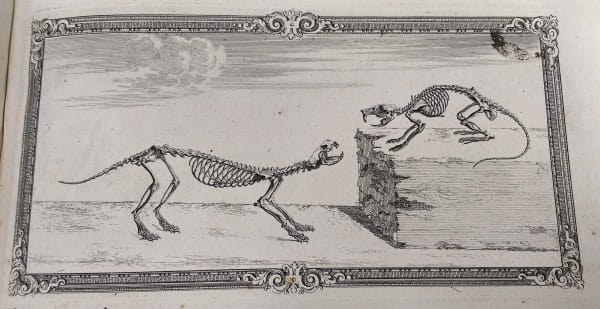 But Cheselden had overestimated the demand for the work and printed more than necessary of the first volume, thus making a larger work with more volumes harder to realise. The publisher must have demurred but in the end, in 1733, Cheselden published the work with a double set of 56 lettered and unlettered plates. When the full extent of the financial failure of the endeavour was becoming clear 83 of the first editions were broken up to sell the plates. Furthermore, in another cost recovering move, 100 prints that had been struck for a projected Latin or French edition were used for an undated edition of the unlettered plates which was issued without the text. This makes the survival of this unused vignette all the more remarkable and special. 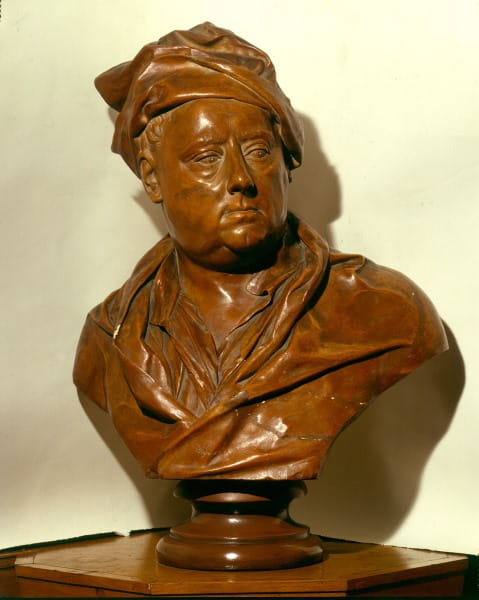 In the final part of Osteographia, Cheselden displayed diseased bones, using cases from his own practice in addition to ones sent to him by colleagues. The Hunterian Museum still displays the actual specimen of an elbow joint that is shown in Tab. LXV, fig. 2., described in the text as a congenital malformation sent to him by Mr Goodwin of King’s Lynn. The vignette, the bone and indeed the preparatory drawings for the plates, bear witness to the scale of such a magnum opus, the time and care involved in producing it and how much Cheselden accomplished. This was less than he had planned for at the time, which must have been disappointing, and yet later, long after his death, much more has been preserved, which we can now begin to fully appreciate. The Royal Academy still holds many of the preparatory drawings, including this early prototype of the rabbits.

After signing up, you can start commenting and won't have to log in to Disqus again - you don't even need to log in to y