The Ornithology of Francis Willoughby, 1678 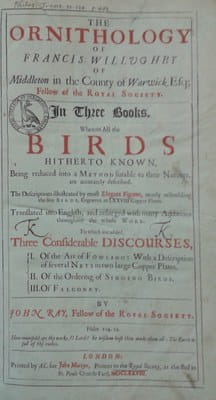 The Ornithology of Francis Willoughby (1678) is the enlarged and corrected English version of the previously published Latin work Ornithologiae libri tres (1676). Recognised as one of the fundamental texts in the development of ornithology, the book was the first to attempt to rationally classify birds. Both men involved in the production of the book, John Ray and Francis Willoughby, were seen as the founders of ornithology in England.

Ray and Willoughby met while attending Trinity College in Cambridge and were brought together by their shared interest in the history of nature. Willoughby focused on animals, birds and fish, while Ray had a greater interest in botany. They spent some time travelling together through Europe documenting their findings. 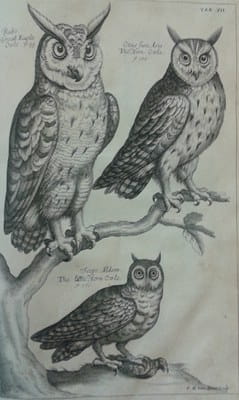 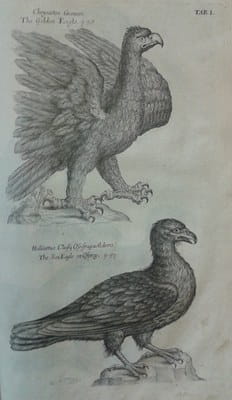 Unfortunately, Willoughby was not to live to see his work in print. He died suddenly in 1672 leaving Ray with his notes and observations and a sixty pound annuity. Although Ray’s passion lay in plants, he took on the work of his late friend putting together and publishing the book four years later.

The illustrations come from various artists, some collected by Willoughby and others commissioned by Ray. As you can see this copy has been annotated to allow the reader to easily find the corresponding text. 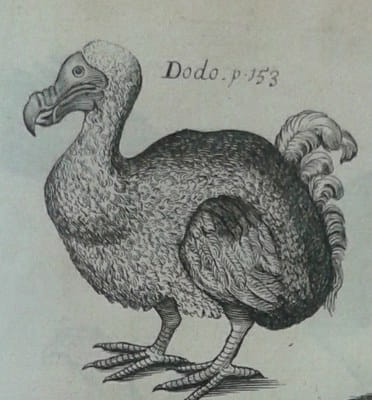