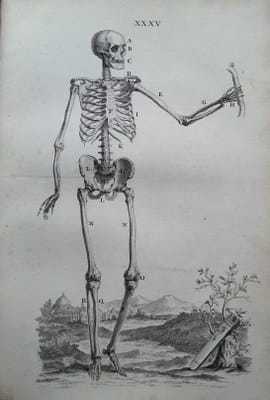 This outstanding book has been reviewed as “the most magnificent work of its kind now extant”. In it, Cheselden gives full and accurate descriptions of all the bones of the human body and many animal ones. Some of these are placed beautifully in context such as, for example, a confrontation between the skeleton of a cat and that of a mouse or the skeleton of a crocodile posed in front of the Pyramids. He was the first to use a camera obscura to give precision to his work and this use is illustrated on the title page. 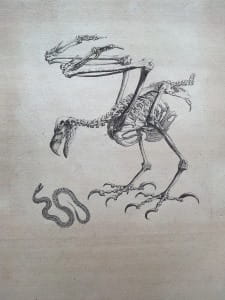 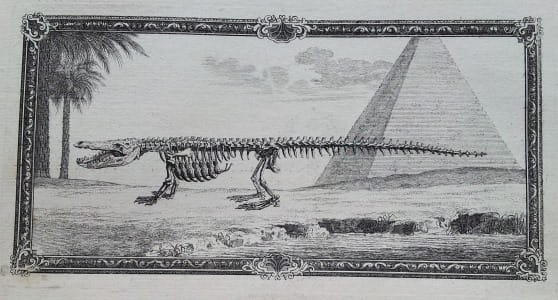 William Cheselden (1688-1753) built a reputation as "the foremost teacher of anatomy in the metropolis". In 1718 he was appointed a surgeon to St Thomas’s Hospital and during his time there devised novel ways of cutting for bladder stones. It was said that his overall death toll in 213 such operations was 30 - a rate of less than 15% and an early example of clinical audit! He was not only pre-eminent in orthopaedics but also in the field of ophthalmology. 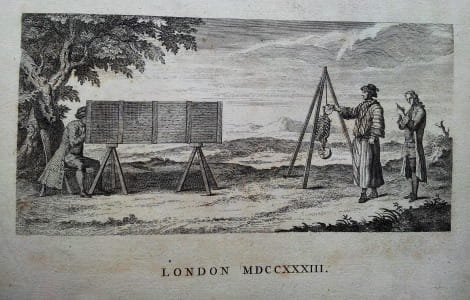 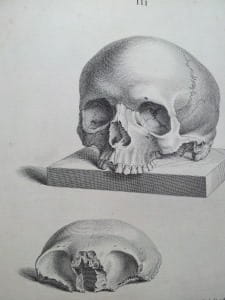 Among his famous patients was Alexander Pope, who wrote: 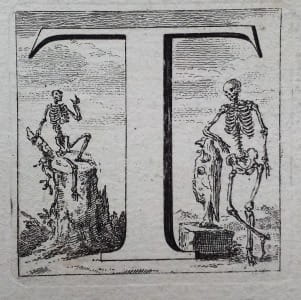 Weak tho’ I am of limb and short of sight,
Far from a lynx, and not a giant quite,

I’ll do what Mead and Cheselden advise,
To keep these limbs and to preserve these eyes. 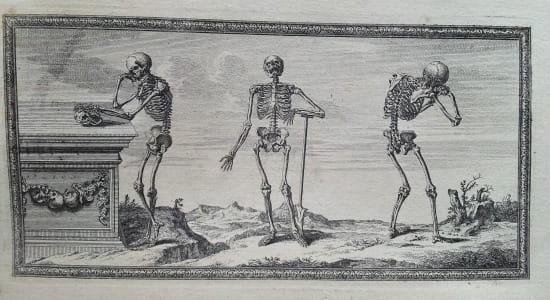 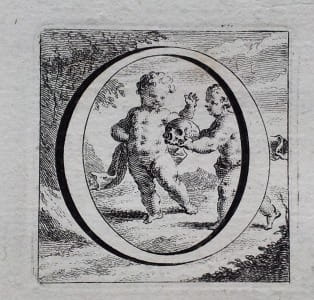 The content of this article was taken from the Bulletin of the Royal College of Surgeons of England, 2000, Vol. 82 No. 2.