William Clowes – A prooved practice for all young chirurgiens, 1588

This was only the third surgical textbook to be printed in English. William Clowes was born in 1544 in Kingsbury, Warwickshire and travelled to London at the age of 12 to be apprenticed to the surgeon George Keble, whose remedies he often praised in later life. He then spent some years in the Navy and served in the fleet that defeated the Spanish Armada. He joined the staff of Barts in 1575 and Christ’s Hospital the following year where one of his fellow “surgeon-apothecaries” was a woman, a Mrs Cook! 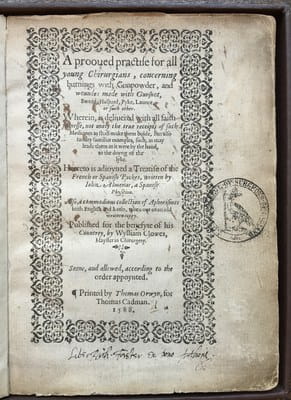 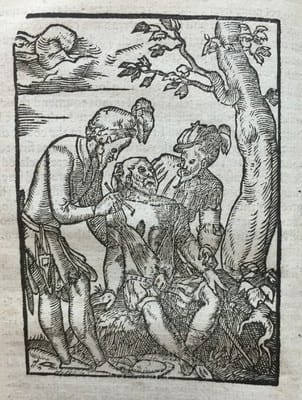 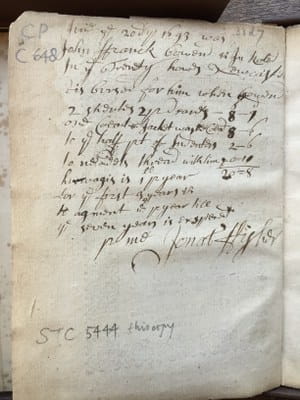 He became one of the “Queen’s Chirurgeons” in 1588, the year in which he published the first edition of the Prooved practice. His career was to run parallel to the reign of Elizabeth I and his writings express keen patriotism and great personal admiration for the Queen. He built up a wide practice, although interestingly, he experienced an early example of the malpractice suit and had to pay a man 20 shillings as “the cure of his wife was a failure”! 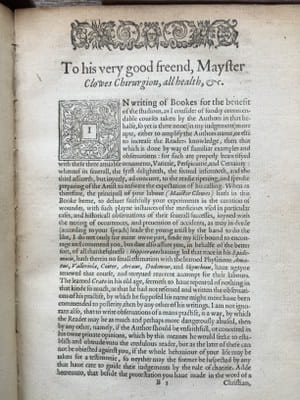 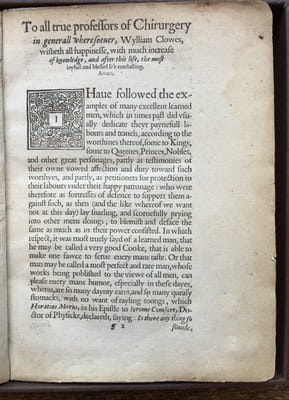 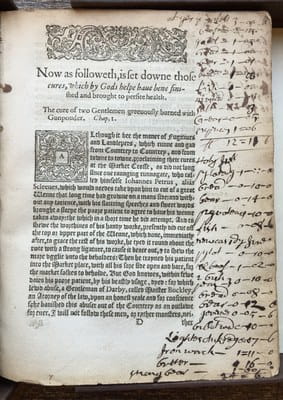 The book gives not only a lively account of Elizabethan surgery but many glimpses into daily life. He recounts the case of a man injured by the collapse of a gallery during bear baiting, for example, and the case of a merchant wounded by pirates on his own ship at the mouth of the Thames. He had great regard for his fellow professional surgeons and loathed all examples of quackery. A friend, “T.P”, wrote a poetic endorsement for the book including the following lines:

When naught but death doth seeme releefe to bring,
Then Clowes thy Pylot can from Sea to shore,
From peyne to joy, from sick to sound restore.

(The content of this post was taken from the Bulletin of the Royal College of Surgeons of England, 2001, Vol. 83 No. 5.)