The NHS needs to make a £22 billion saving by 2021. Delivering care more appropriately to help to reduce costs remains a key priority for NHS England. Two target areas are low value elective procedures and addressing the variations in clinical commissioning across the UK. Inguinal hernia repair has been one of the surgical procedures at the forefront of the debate.

Chief economist for the King’s Fund, Professor John Appleby, has raised the question via social media of whether inguinal hernia surgery is a low value elective procedure for at least some patients.1, 2 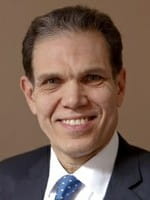 The statement is based on 50 per cent of patients reporting no improvement in a generic assessment of well-being following inguinal hernia repair on PROMs (Patient Reported Outcome Measures) data.3 We do not know whether their symptoms improved because this was not asked.

Like any operation, a hernia repair has to be judged on the balance of benefit and risk to the patient compared to conservative management (not having an operation).

Two key questions that need to be answered are:

Have the data been interpreted accurately?

The latest PROMs data are based on the responses of only 60 per cent of patients who had an inguinal hernia repair.3 In light of this, the data should be interpreted with caution – 40 per cent of inguinal hernia repairs are not represented by the data and there is a significant risk of selection bias (i.e. patients with a worse outcome may be more likely to have responded).

So what did the data reveal?

The statement that only 50 per cent of patients reported an improvement in quality of life after their hernia repair is based on the EQ-5D Index.

Let’s look at this in more detail. The EQ-5D Index gives a general overview of patients’ self-reported quality of life on five dimensions: health, anxiety and depression, ability to self-care, ability to carry out usual activities, and experience of pain or discomfort. Patients’ scores on these questions are combined to give an Index ranging from -0.594 to 1.0 (the best possible score).

The average score before the hernia operation was 0.8, so there wasn’t very much room for improvement. In fact the average health gain was 0.08 – not so bad in absolute terms.

Part of the explanation behind the 50 per cent improvement figure is that inguinal hernia patients do not have major problems with anxiety, depression or ability to self-care, dimensions included by the Index. What they do have is a specific local problem, which is a handicap, but which this generic health questionnaire will not pick up. At least two previous studies have shown clearly that generic instruments have poor discriminatory powers for distinguishing between satisfied and dissatisfied patients who have had a hernia repair.4, 5 For reasons not entirely clear the NHS has failed to adopt a condition specific inguinal hernia questionnaire.

What isn’t mentioned by Prof Appleby is that almost all inguinal hernia patients (94 per cent) stated that their groin hernia problems were now ‘much better’ (85 per cent) or ‘a little better’ (9 per cent). Furthermore, 92 per cent described the results of their surgery as ‘good’, ‘very good’ or excellent’.

What would be the effects of not repairing inguinal hernias on the NHS?

In order to answer this question it is important to ask, why are inguinal hernias repaired? And what happens if they are not repaired?

Surgery is usually required to relieve pain or discomfort interfering with daily activities, leisure or work and impairing quality of life, or to prevent complications. Hernia strangulation is a potentially life-threatening complication that requires emergency surgery. Such an intervention is associated with a mortality rate seven times higher than that for elective hernia repair. In saying that, as far as we know the risk of obstruction or strangulation from an asymptomatic hernia is quite small (about 1 per cent).

In a prospective study of 700 patients with inguinal hernias, the cumulative probability of increased pain with time was almost 90 per cent at 10 years. Two large studies have looked at “watchful waiting” versus surgery for asymptomatic hernia patients. Both showed that although the risk of strangulation or obstruction was relatively low, virtually all patients developed symptoms and required surgery over the following 7.5 years.6, 7

The Global Burden of Disease Report concluded that elective hernia surgery was one of the most cost effective measures to reduce avertable morbidity and mortality, comparable with the provision of insecticide-treated bed nets for malaria.8 They recommended that it be a fundamental component of any public health system.

Clinical commissioning for hernias on the NHS

The variations in clinical commissioning across the UK are irrational and not evidence-based. Eight CCGs (15 per cent) require a history of incarceration and/or for the hernia to increase in size each month - a draconian and impractical requirement.9 The rate of hernia enlargement varies and can be unpredictable, so delaying surgery exposes patients to unnecessary risk.

A retrospective cohort study published in 2014 examined the effect of a local policy change  for asymptomatic inguinal hernias, whereby patients underwent watchful waiting instead of elective repair.10 After the policy change, patients were 59 per cent more likely to require an emergency repair and at increased risk of adverse events (18.5 per cent vs. 4.7 per cent) and mortality (5.4 per cent vs. 0.1 per cent).

Thus these unrealistic requirements deny patients’ access to a procedure that, if not carried out, can lead to dangerous complications. The decision to operate should always be taken in consideration of the risks and benefits after full discussion with the patient.  It is simply not acceptable to impose restrictive criteria that deny patient access to a procedure that potentially limits pain, improves quality of life and has indirect and direct economic benefits. CCGs should follow NICE commissioning guidance in order to provide the best care for their patients.11

We suggest that serious efforts are made to increase the response rate to the PROMs surveys, to identify what needs to be measured, and to adopt a validated condition-specific questionnaire. The NHS has to be very clear about what it offers. Does it want a value for money service with quality and safety as a priority, or a rationed service that will inevitably put some patients at risk?