For the first time ever, the statistics reveal regional variations across the country.  Only 31.1% of children in Hackney visited an NHS dentist last year compared with 81.6% of children in South Tyneside.

Commenting on these statistics, Professor Nigel Hunt, Dean of the Faculty of Dental Surgery at the Royal College of Surgeons, said:

“There is nothing to smile about in these woeful statistics. With the average five year old now eating their own weight in sugar each year, it is alarming that 42.1% of children failed to visit an NHS dentist at all in the last year.

“It is appalling that in the 21st century, tooth decay remains the most common reason why children aged 5-9 years old are admitted to hospital.  In some cases, these children undergo multiple tooth extractions under general anaesthetic – despite the fact that tooth decay is almost entirely preventable.

“We are failing to address this issue of improving children’s access to an NHS dentist and we urge ministers to act. The soft drinks levy, which was announced in last month’s Childhood Obesity plan and will be introduced in 2018, also provides an opportunity to invest in tackling child tooth decay. Some of the revenue raised through this should be spent on oral health improvement programmes.” 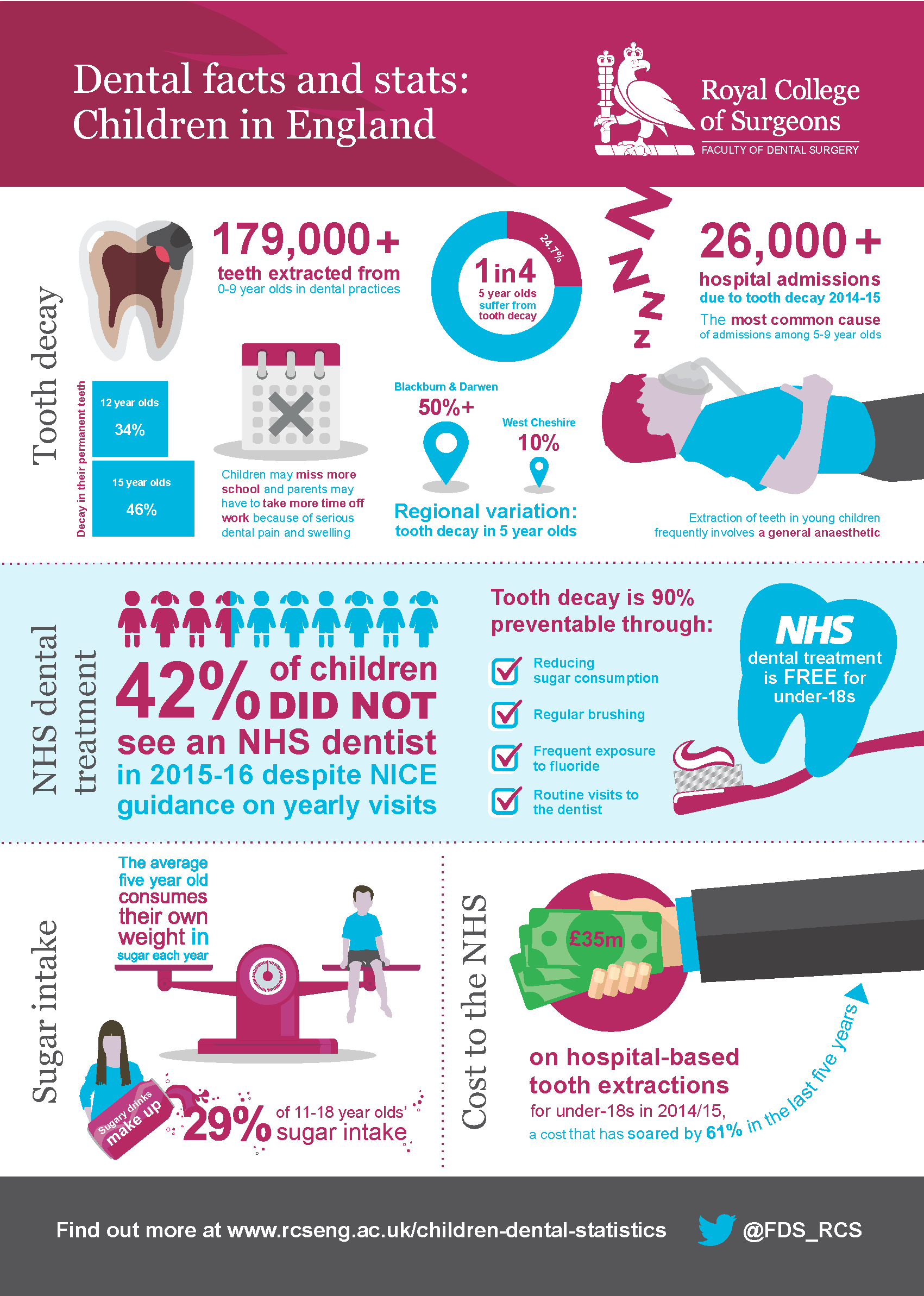