In 1833 George Spratt published his innovative Obstetric Tables, comprising graphic illustrations, with descriptions and practical remarks, exhibiting on dissected plates many important Subjects in Midwifery. He was a member of the Royal College of Surgeons, and described on the title page as “surgeon-accoucheur” or male midwife. He was known for being an active printmaker who also produced caricatures and botanical works. 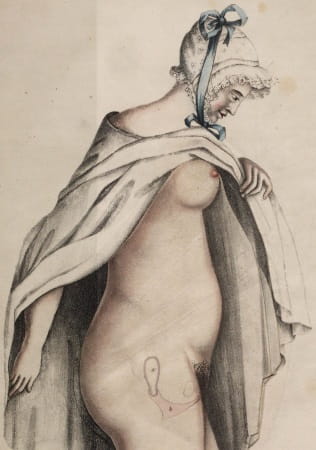 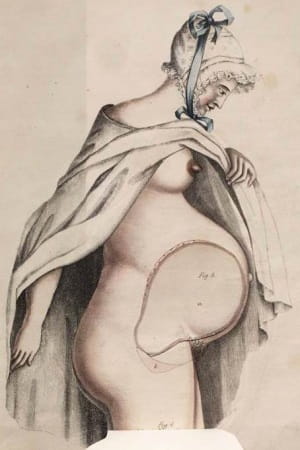 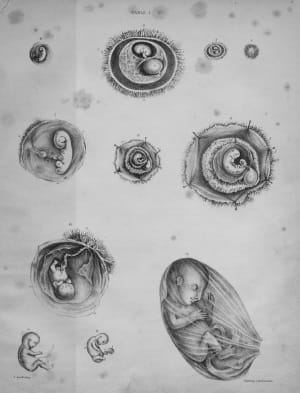 Designed as a teaching aid, the book includes fifty hand-coloured plates with flaps that lift to show a “dissected” view of the female body during pregnancy. Some illustrations have four or five layers showing the external and internal changes the female body goes though during pregnancy. The woman in the illustrations wears a particularly fine frilled cap and shawl.

The book employs a variety of illustrations to show every aspect of a pregnancy. One page contains line drawings showing the embryo developing into a foetus. Others show line drawings of bony anatomy with coloured organs. Some of these have flaps to show the different layers of anatomy such as these images showing the pelvis and the baby’s head. 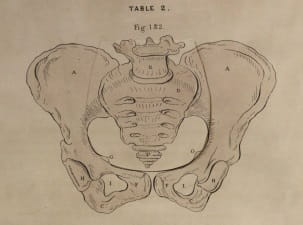 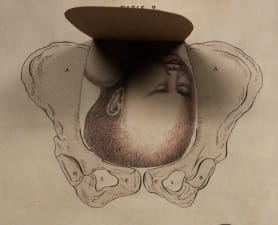 An important aspect of the book was to demonstrate the use of forceps during delivery. Several layers are used to show each step of the procedure, indicating the position of the baby, forceps and the woman’s organs. Spratt believed that many practitioners lacked regular experience in the use of forceps. He wrote that “delineation faithfully executed, convey more impressively to the mind objects to be attained than mere descriptions possibly can”. Well-executed illustrations could jog the memory of earlier training and hopefully lead to a successful birth. Each illustration is accompanied by a detailed explanation of both the drawing and the procedure. 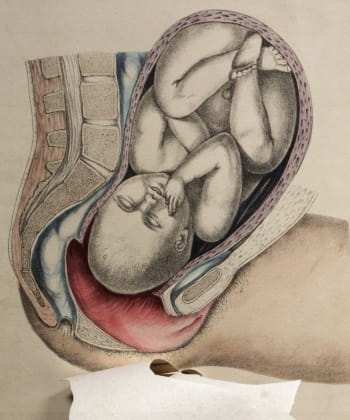 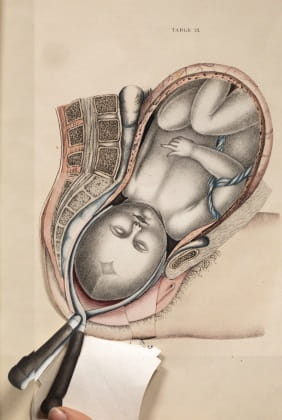 The book was very successful with multiple editions published in England and the United States. The 3rd edition was “considerably enlarged and improved” when it was published in two volumes in 1838. The volumes include long lists of subscribing surgeons, an indication of popularity within the profession.

Flap books had been used since the sixteenth century to demonstrate anatomy but with new colour printing techniques introduced in the nineteenth century they became more mainstream and popular. Spratt’s Obstetric tables was produced using manual techniques, hand coloured lithographed plates with each flap carefully fixed to the pages so the top layer would still lie flat when the book was closed. Today’s medical teaching still uses anatomy textbooks to see layers of anatomy, but computers are now used to show virtual slices or 3D representations of the human body. Flap books were a novel use of illustration to get closer to a 3D view of anatomy and remained popular until well into the 20th century.

See our previous blog post, ‘Anatomie très utile: “The anatyme of the inwarde partis of man and woman”’, for more on flap books.