Back from the Binders – William Woods’s Zoography; or, the beauties of nature displayed (1807) 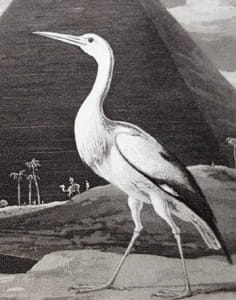 Last month we featured Francis Mason’s Cleft Lip and Palate (1877) in a recent batch of conservation binding which had been funded via the Conserve our Collections programme.

The contents of the box also included a completely different kind of book – William Wood’s three volume Zoography; or, the beauties of nature displayed (1807).

William Wood FRS, FLS (1774-1857) originally trained as a surgeon at St Bartholomew’s Hospital. He turned to the study of natural history with a particular interest in sea shells, for which he remains famous. Eventually, he became a leading natural history bookseller. His Zoography is important for the black and white aquatints by William Daniell (1769-1837). The subjects are renowned for their realism and are placed against exotic scenery reflecting their origin, for example the stork is pictured in front of a view of the pyramids in Egypt with a camel train in the distance. 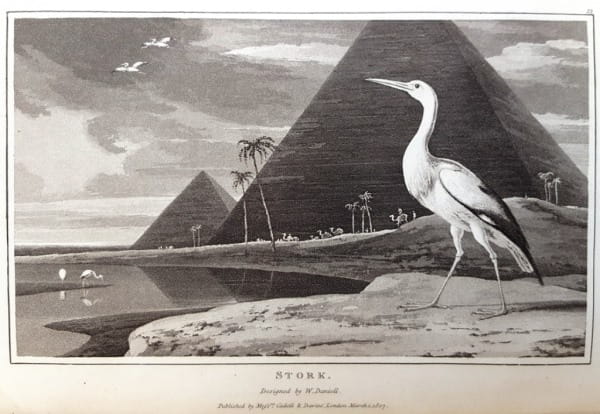 William Daniell, who was one of the most notable English landscape artists of his day, is now most famous for a fabulous six-part work on India called Oriental Scenery, which he produced with his uncle, the landscape artist Thomas Daniell (1749-1840). He must have been working this book while producing the plates for the Zoography as it was published between 1795 and 1808. 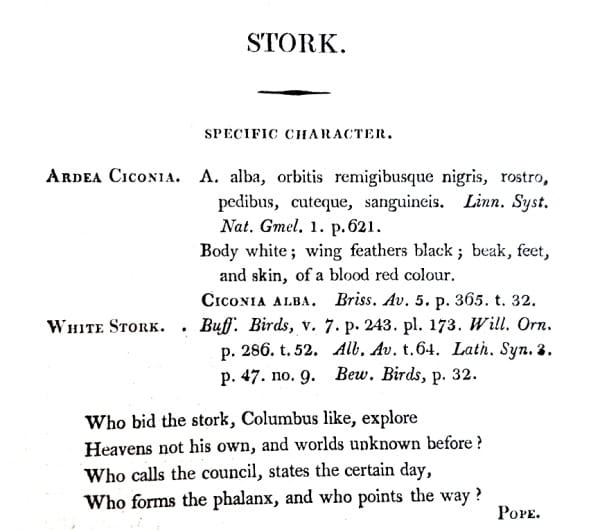 An interesting touch was added by Wood in his Zoography: alongside scientific descriptions of the creatures, he sometimes quotes a verse or two of poetry. In the case of the stork, he has quoted from Alexander Pope’s An Essay on Man (Epistle 3, lines 105-108, published 1733-1734).