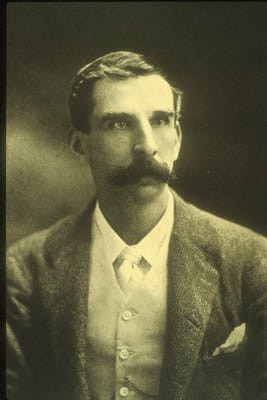 Last week, on 17th June, English Heritage honoured Sir Victor Horsley (1857-1917), pioneering neurosurgeon, with a Blue Plaque at his former home in Bloomsbury, London. His biography in Plarr’s Lives of the Fellows Online details his achievements in ground-breaking surgery and as a social reformer.

We hold a number of related tracts and pamphlets in the College library, for example A record of experiments upon the functions of the cerebral cortex on Horsley’s collaborative work with Edward Albert Schäfer, published in 1888 in the Philosophical Transactions of the Royal Society of London, and a reprint given to us “with the author’s compliments”. In their introductory remarks the authors explain the aims of their experiments – to localise the centres for voluntary action and sensation and to clear up discrepancies in evidence found by previous observers:

We subsequently found it to be necessary to investigate portions of the cortex which, probably by reason of difficulty of access, had not, so far as we could ascertain, been touched by our predecessors in this field of physiological research, and particularly the convolutions upon the mesial aspect of the hemisphere, viz., the gyrus marginalis and the gyrus fornicatus. 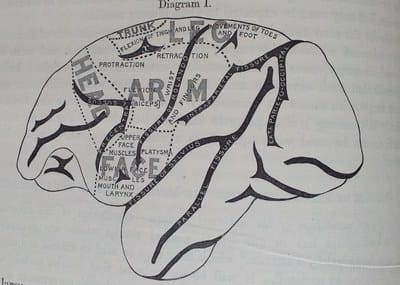 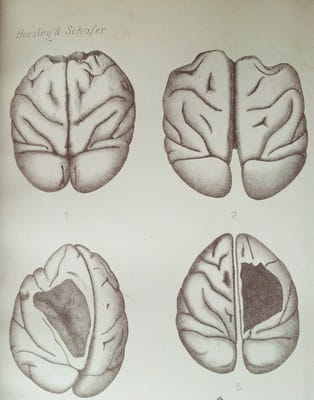 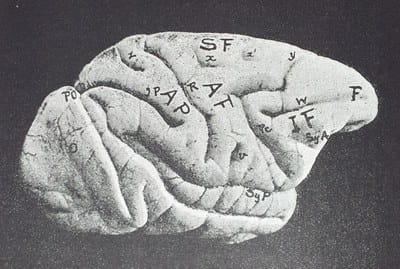 Horsley’s subsequent publication with Charles E. Beevor in the same journal and in the same year, A further minute analysis by electric stimulation of the so-called motor region of the cortex cerebri in the monkey, shows their findings in photographs, rather than the earlier illustrations by E. P. France, Assistant in the Physiological Laboratory. 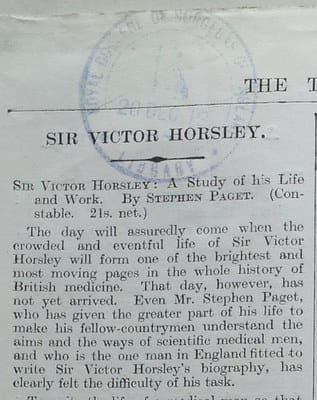 In the Times Literary Supplement from Thursday, November 27, 1919, Professor Sir Arthur Keith commented on these experiments: “Sir Victor Horsley approached the problems of surgery in another and perhaps more effective way than any of his predecessors: he was the first to show that experiments on animals could guide the surgeon to recognize and to treat conditions which were regarded until his time as beyond human help”.

Horsley’s experiments, recorded in many publications, provided new knowledge towards the study of injuries and diseases of the brain, in particular epilepsy and spinal cord injuries, and the advancement of brain surgery.

Last week, surgeons from the National Hospital for Neurology and Neurosurgery (NHNN) celebrated his lifetime achievements.