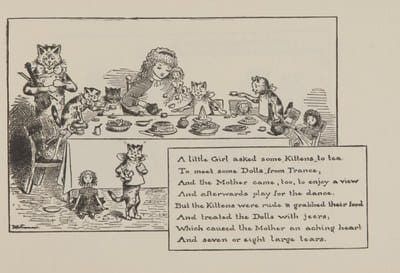 A Book of Cheerful Cats by J.G. Francis is a strange book to find in a medical library. It’s an amusing collection of cartoons and rhymes involving cats and other animals.

The book was donated to the Library by Sir Charles Scott Sherrington (1857–1952) who was an English neurophysiologist, a Fellow of the College and an ardent book collector. The book has been signed by a number of eminent American surgeons including: 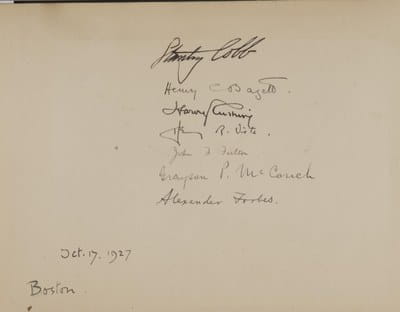 Harvey Cushing (1869–1939), a neurosurgeon and the first person to describe Cushing's syndrome. He visited Europe from 1900-1901, and studied surgery under Sherrington at Liverpool. From 1920 to 1933, Cushing worked at the Peter Bent Brigham Hospital in Boston; it was during this time that the book was signed. As well as receiving an Honorary Fellowship at this College, in 1913, he delivered the Lister memorial lecture in 1930 and was awarded the Lister medal and prize. 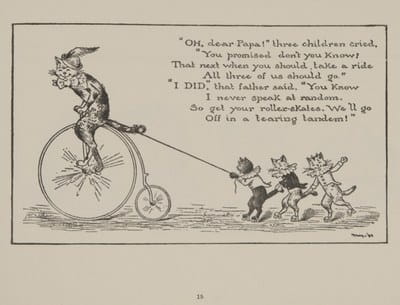 Stanley Cobb (1887–1968) was a neurologist and Professor of Neuropathology. His books on neuropsychiatry explore the interdependence of physiology and mental symptoms. He spent most of his working life in Boston, at Harvard Medical School, as Director of the Harvard Neurological Unit and later at the Department of Psychiatry at the Massachusetts General Hospital.

Alexander Forbes (1882–1965) was a neurologist from Boston who also worked with Sherrington in Liverpool. His work centred on the reflex centres of the spinal cord and brain. 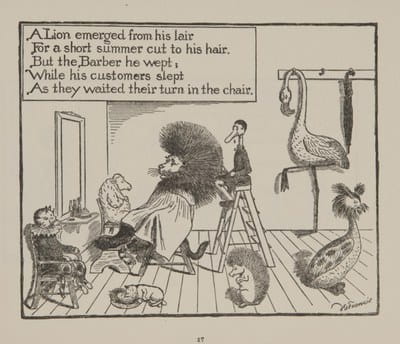 John F. Fulton (1899–1960) trained under Cushing in Boston and became Professor of Physiology at Yale. They shared a close friendship and common interests in science and history.

Henry Rouse Viets (1890–1969) was a Boston neurologist who worked with Sir William Osler at Oxford.

We will never know what the occasion was that brought this group of men together or why they commemorated it by signing this particular book.