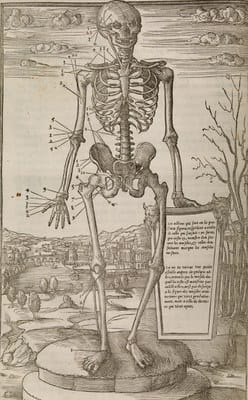 Charles Estienne (1504-1564) was a 16th century French anatomist and came from a family of publishers and printers. In 1542 he received his medical degree in Paris and in 1545 he published De dissectione partium corporis humani According to Frank and Choulant’s History and Bibliography of Anatomic Illustration (1920), the work was mostly completed by 1539, with some of the plates dating back to 1530-32, therefore pre-dating Vesalius’ De Fabrica. Due to a legal dispute regarding plagiarism in Germany, with some of the woodcuts having been reprinted by Christian Egenolph in Frankfurt without Estienne’s knowledge or approval, the book remained unfinished for several years.

Estienne was assisted by the surgeon Etienne de la Riviere in both the dissections and the drawings, and although those lacked anatomical accuracy, his book was one of the first anatomies with illustrations. Some of the plates carry the mark of François Jollat, the Parisian engraver, and most show large nude figures in unusual poses with body sections removed. In 1546 Estienne published a French translation under the title La dissection des parties du corps humain diuiseée en trois liures, faictz par Charles Estienne docteur en Medecine: avec les figures et declaration des incisions composee par Estienne de la Riviere chirurgien, which is the edition we hold in the College library. There are 63 full page plates which Frank and Choulant consider less instructive than the text, particularly “from the viewpoint of the history of anatomic discoveries, since Estienne was himself a dissector, began his work long before the appearance of Vesalius’ work, but did not finish it until after the latter’s publication”. 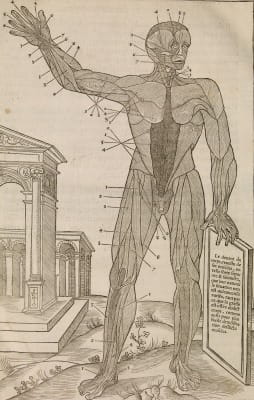 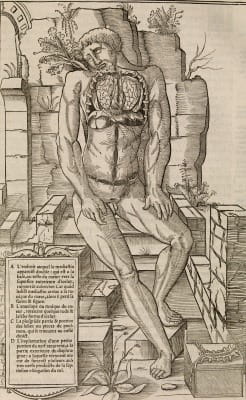 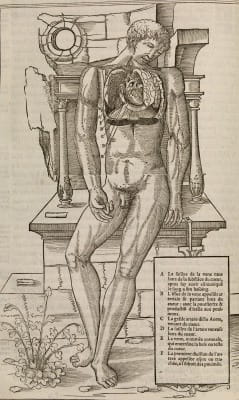 In 1551, Estienne took over his brother’s publishing company and was appointed King’s printer, publishing books on natural philosophy and medicine, as well as a geographical atlas on the routes of France, but ten years later the business failed and he died in a poor house. 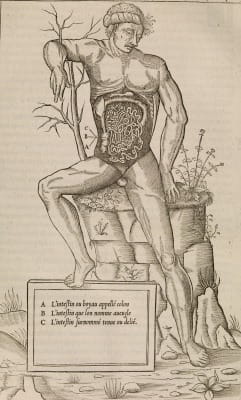 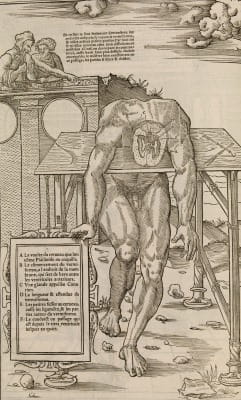 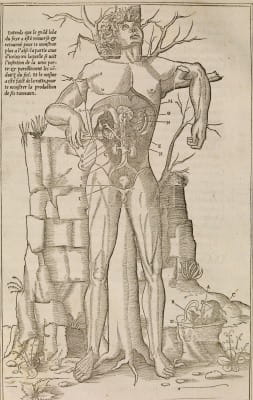 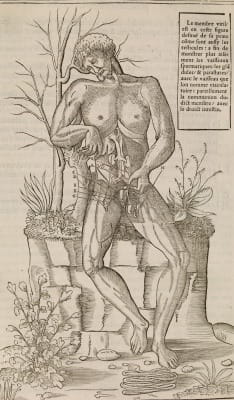