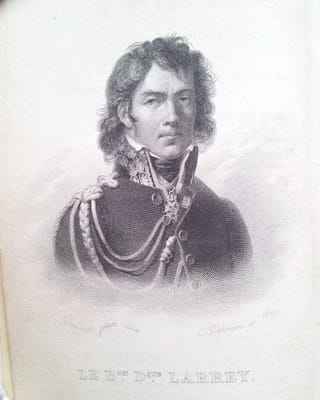 Dominique-Jean Larrey (1766-1842) was orphaned at the age of 13 and raised by his uncle, who was chief surgeon in Toulouse. He trained in surgery and then moved to Paris to continue his studies. He enlisted in the French Navy and became surgeon on the frigate Vigilante on its voyage to America. After experiencing chronic sea-sickness, he decided to leave the Navy once he returned to Paris. 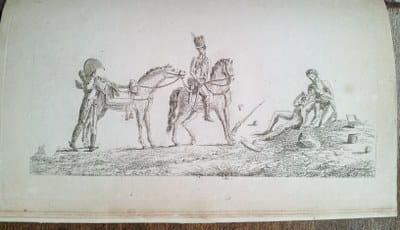 He became assistant surgeon in the French Army in 1792. When observing the flying artillery in the battles along the Rhine, he developed the idea of ‘flying ambulances’. Previously, army regulations kept the huge cumbersome ambulance wagons a league in rear of the army and the wounded were forced to lay in agony until after the battle, waiting sometimes 24-36 hours before medical teams could reach them. Larrey’s flying ambulances were light horse-drawn carriages with suspension for patient comfort and a fold-down ramp, which could act as an operating table. They were much more mobile and were kept close to the fighting troops, so they could supply treatment on the spot and remove the wounded to safety. Early medical attention and reduced exposure meant that many more were able to survive their injuries. 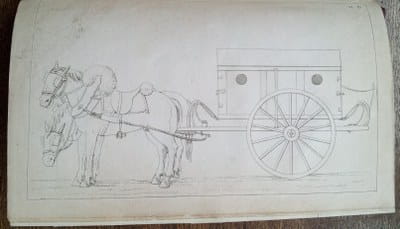 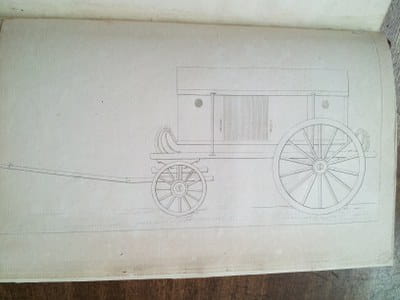 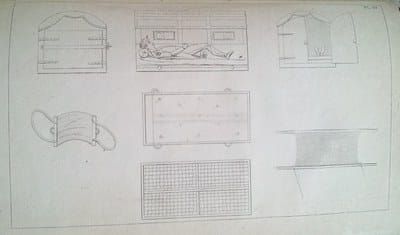 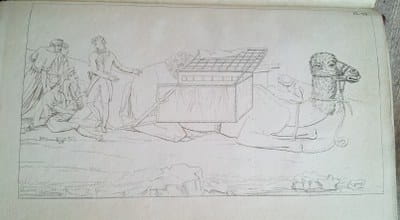 Larrey also developed the concept of triage – whereby the injured would be treated according to the severity of their injuries rather than their military rank. He was a great believer in early and fast amputation to save patient’s lives and in the Battle of Borodino he reportedly performed 200 amputations in 24 hours. He was also the first to describe the therapeutic effects of maggots on open wounds.

At the age of 28 he was appointed Professor of Anatomy and Operative Surgery at the new Military Medical School of Val-de-Grâce. He earned the friendship of Napoleon, but he also earned the respect of enemies due to his humane treatment of wounded enemy soldiers. At the battle of Waterloo, on 18th June 1815, he was injured himself, left for dead and then captured by Prussian soldiers. Sentenced to death, he was luckily recognised by a German physician who had been attending his lectures in Berlin. He was brought before General Blücher who immediately pardoned him because some years previously he had saved the life of the general’s son. 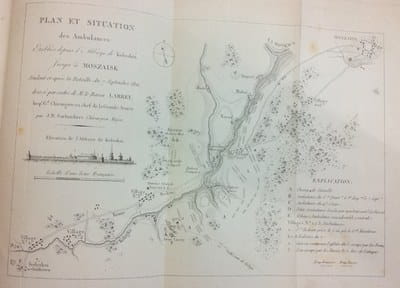 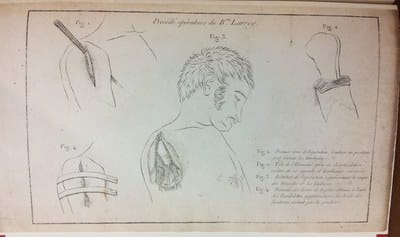 Larrey later became medical director of the veterans’ hospital ‘Hotel des Invalides’ and died in 1842, aged 74. To this day he is regarded as one of the fathers of military surgery.

We have a number of Larrey’s books in the RCS Library, amongst them Relation Historique et Chirurgicale de l’Expédition de l’Armée d’Orient, en Egypte et en Syrie, published in Paris in 1803, which he dedicated to First Consul Bonaparte:

For the special care he took with our wounded, in our campaigns in Egypt and Syria, and the kindness he showed to me.