Christmas Island lies in the Indian Ocean between Java and Australia. Originally a volcano, the remote island is the flat summit of an underwater mountain more than 4,500 metres high. Only about 300 m of the mountain is above sea level and densely covered by tropical rainforest. When the monograph was written, it was possibly the only large tropical island (the land area is 135 sq km) that had never been inhabited by man. 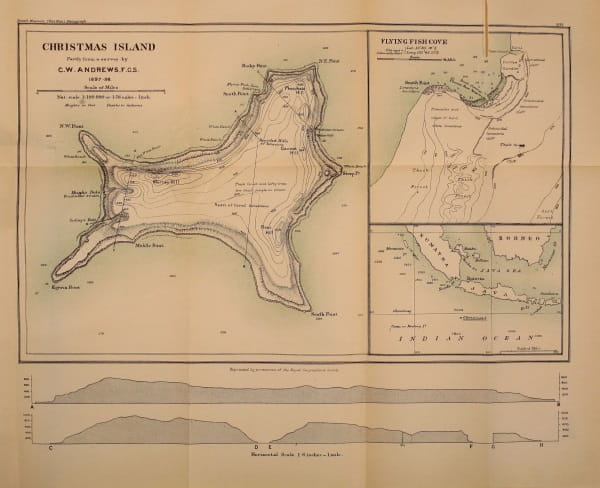 Image above from Wikimedia Commons, A monograph of Christmas Island (Indian Ocean) by Andrews, Charles William, from the Biodiversity Heritage Library, licensed under the Creative Commons Attribution 2.0 Generic license.

The island was named by Captain William Mynors on Christmas Day in 1643. The earliest descriptions were made by William Dampier in 1688, who took the opportunity to restock his galley with sea-birds and a “sort of land animal somewhat resembling a large crawfish without its great claws”. The first attempts at exploration were made in 1857-8. Samples of rock were collected and, on examination, many of these were found to be nearly pure phosphate of lime. This discovery led the British Crown to annex the island in 1888, and soon, a small settlement was established, with phosphate mining beginning in 1899. Phosphate rock is still used in agriculture and food production, mostly as fertilizer.

In 1897, Charles W Andrews, a vertebrate palaeontologist working in the British Museum’s Department of Geology, was chosen to fully explore Christmas Island before the activity of human settlement and phosphate mining changed the island. His report concentrates on zoology, botany, palaeontology and geology and packs in a lot of detail: from the structure of the rocks to the method used to catch frigate birds for food. Apparently, a man climbs a high tree armed with a pole eight to ten feet long and a red handkerchief: “The latter he waves about, at the same time yelling as loudly as possible”. This attracts birds that can then be knocked out of the air with the pole. Andrews reports that they are good eating.

Image at right from Wikimedia Commons, A monograph of Christmas Island (Indian Ocean) (Pl. I) by Andrews, Charles William, from the Biodiversity Heritage Library, licensed under the Creative Commons Attribution 2.0 Generic license.

Andrews is very aware of the dangers that the introduction of non-native species will cause, hoping that cats will not be introduced, as they would greatly diminish sea-bird numbers. He knows that rats, mice and insects will inevitably arrive via the ships in harbour. He describes all the wild life he can find in an accessible style covering their appearance and habits in detail. When he describes the fruit bat, he starts by informing the reader that the description is based on two adult females and a new-born male, leading to a hope that an adult male will be found to clarify differences in male/female markings. The Hunterian Museum has an example of the skull of a male fruit bat in its collections. Andrews provides all kinds of illustrations and charts throughout the report. 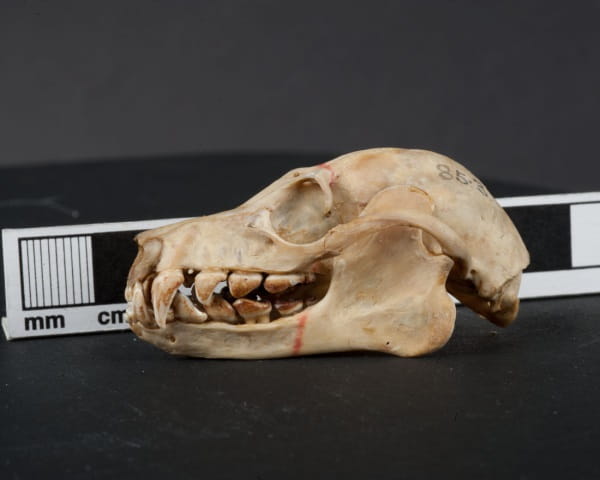 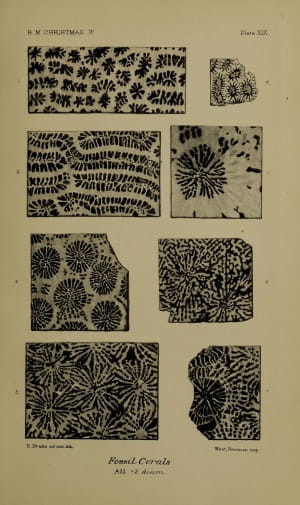 One of Andrew’s chief objectives was to find information to “throw any light on the vexing question of the nature of atolls”. While the thick vegetation caused difficulties, he made the first collection of fossilised shells, explored the caves and cliffs of the island and provided drawings of the strata of the rocks and photographs of the coastline. Andrews spent ten months investigating every physical aspect of the island, recording facts and drawing conclusions. In fact, by the end of the monograph, you almost feel you’ve been there with him and that he’s been good company.