You might be forgiven for thinking that a medical archive wouldn’t contain much that is festive in nature. Therefore, it may come as a surprise to know that the Royal College of Surgeons archives contain a number of seasonal items. 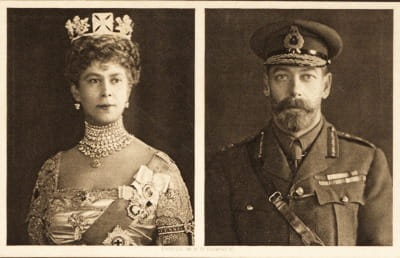 All of these Christmas cards feature in our archives, including these WW1 Christmas Postcards sent from King George V, Queen Mary and Princess Mary to servicemen during the First World War. 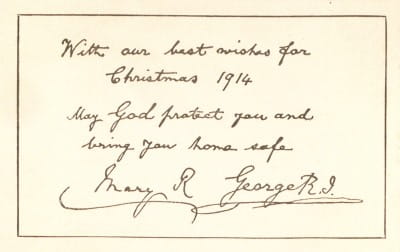 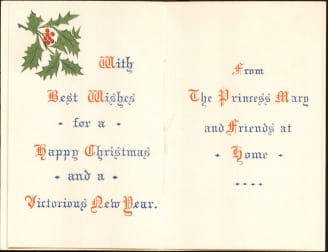 Festive greetings sent from Air Vice-Marshall D’Arcy Power to the College Librarian, William Le Fanu, and a card found in the archives of Albert Carless. 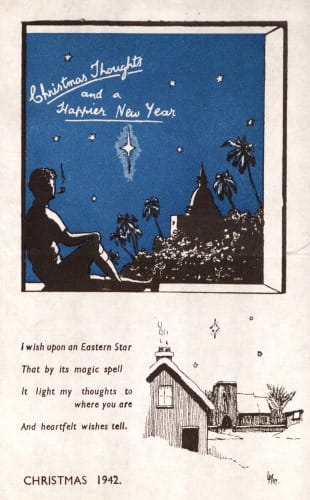 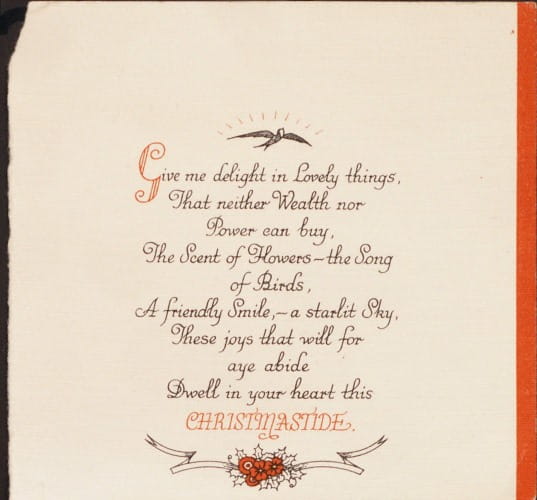 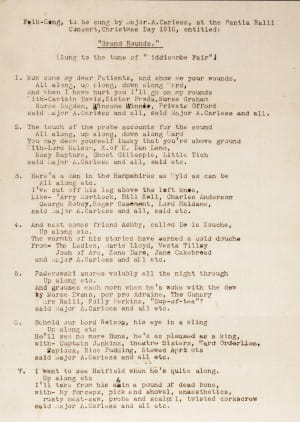 Carless was a surgeon who worked under Joseph Lister in the late-19th century. He accepted a commission in the territorial service in 1912, and served as a consulting surgeon to the Eastern Command. This is the first page of a humorous song about hospital life, performed as part of a hospital concert on Christmas day.

A. Kirkpatrick Maxwell was a medical artist. During the First World War he was based in France and made over 1000 surgical illustrations of war wounds and diseases. This is an image from Maxwell’s photograph album, showing a First World War field hospital at Christmas. 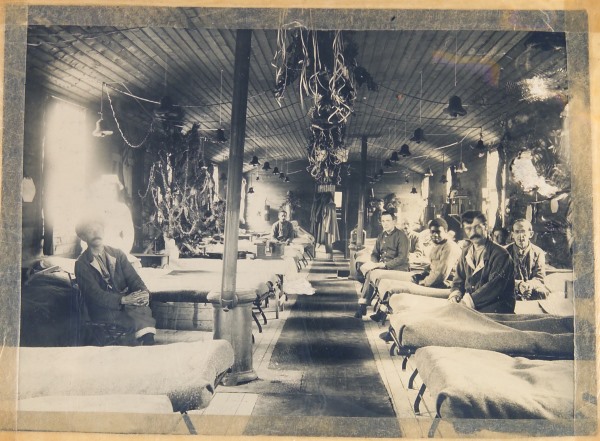 Power's collection contains a whole host of dinner menus and function programmes which he collected over many years. Many of these are festive and beautifully illustrated including these for Christmas Day and Boxing Day dinners. 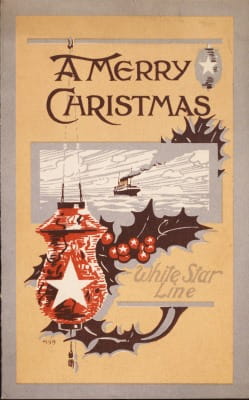 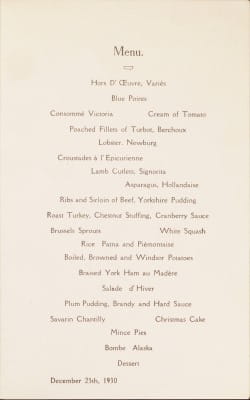 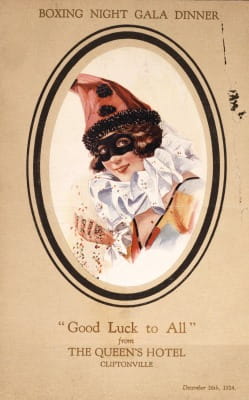 The Western Friendly Medical Club was formed in 1862 for the purpose of “establishing and maintaining a sociable and convivial intercourse amongst its&rrsquo; members.” The twelve members met on the first and third Monday evenings of the month from October to April, continuing to meet and dine lavishly for nearly a century.

The club’s attendance books contain a wealth of images by its talented members. The books are decorated throughout with drawings, paintings and sketches. Just a few are shown here representing those celebrating Christmas and winter. 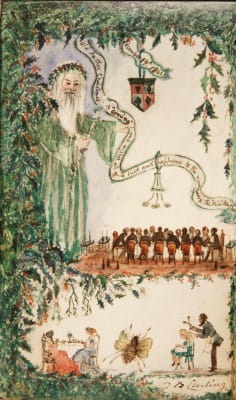 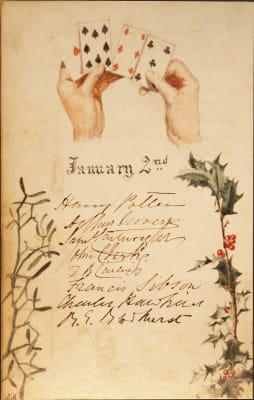 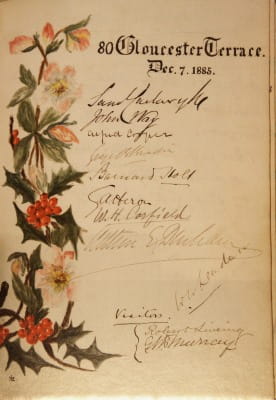 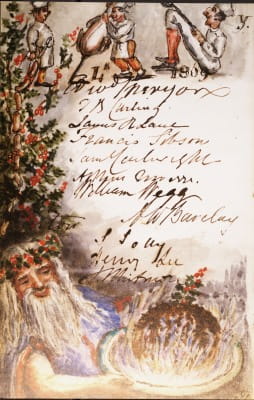 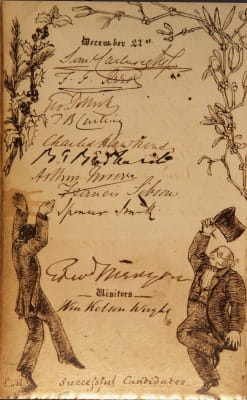 You can discover more about the fascinating collection of books, archives and museum items that are held in our Designated collections, in last year's festive posts on The Twelve Days of Christmas.