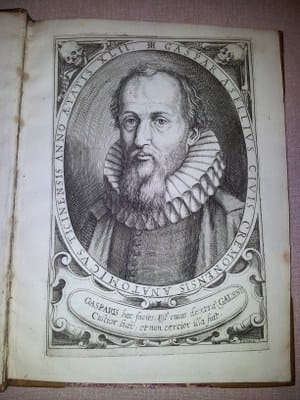 Gaspare Aselli (1581-1625) was born in Cremona and attended University in Pavia where he obtained degrees in medicine, surgery and philosophy. He continued his studies in Milan where he was made an honorary citizen “by virtue of his superlative qualities as doctor and scientist”. He was appointed Head Surgeon to the Spanish Army in Italy and had just been awarded the Chair of Anatomy and Surgery at Pavia when he died in Milan in 1625 at the age of 44.

It was in July 1622 that Aselli carried out the dissection that led him to identify the chyliferous vessels for the first time. His report gives a delightfully personal account of the joys of scientific discovery. He described how, when he exposed the vessels, he “stood for some time silent while there came into my mind various disputes, rich in personal quarrels, no less than in words, taking place among anatomists concerning the mesaraic veins and their function...”. He then punctured the vessels and white liquid came out “...seeing this I could hardly restrain my delight and, turning to those who were standing by...’Eureka’ I exclaimed with Archimedes!” 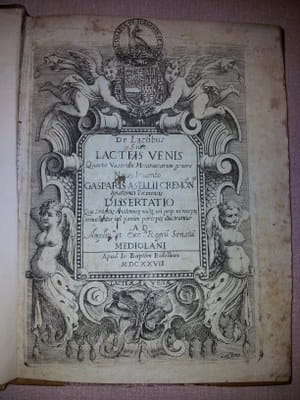 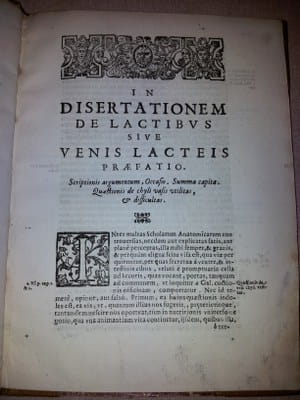 The plates at the end of the book (published posthumously) are the earliest known true colour printed medical illustrations. They are from chiaroscuro woodcuts with a printed black background and superimposed brick red washes. 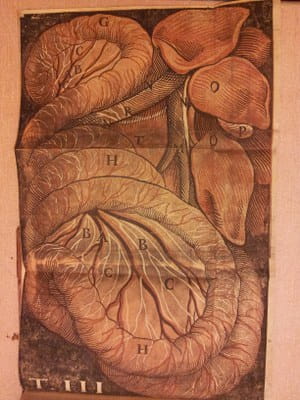 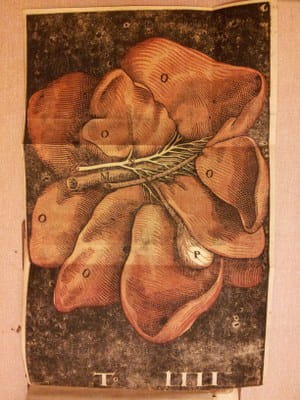 (The content of this article was taken from the Bulletin of the Royal College of Surgeons of England, 1998, Vol. 80 No. 3.)