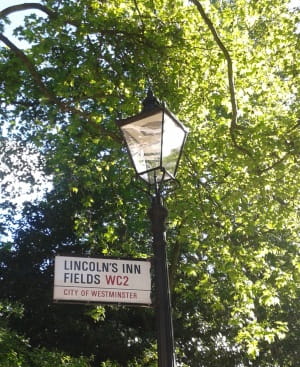 It’s almost Halloween, a good time to read ghost stories. Writing in The Leisure Hour, a popular Victorian magazine, the author of “Haunted London: Lincoln’s Inn Fields” is haunted by ghosts of history. He paints an atmospheric picture of London as he walks up a grimy Chancery Lane, across Lincoln’s Inn Court and into Lincoln’s Inn Fields. The streets would have been so different in the 1860’s, darker with gas-lighting, foggy on damp evenings, with the smoke from hundreds of fires drifting out of chimneys and the effect of horse-drawn transport creating noise and dirt on the streets. 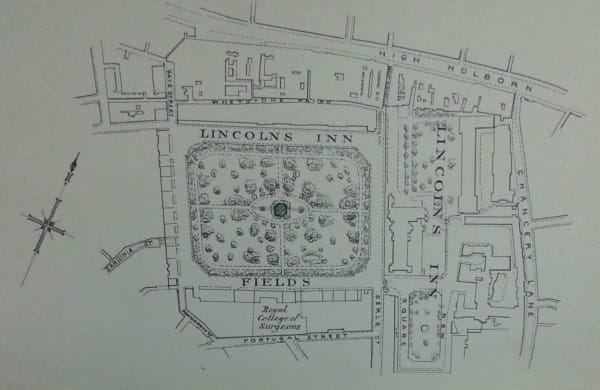 Until I read this article, I didn’t know that Lincoln’s Inn Counts was previously a monastery for the Black Friars, before they moved closer to river. Henry de Lacy, 3rd Earl of Lincoln, built his house on the site in the thirteenth century. It is from this Earl of Lincoln that what is now “Lincoln’s Inn” derives its name. In antiquary Francis Thynne’s opinion, it was constituted a regular Inn of Court not long after that nobleman’s death in 1312. 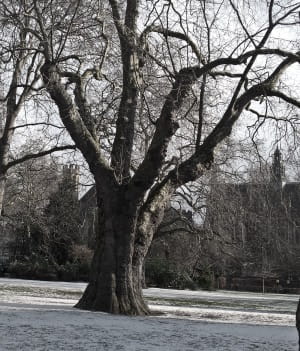 Passing though the Tudor brick arch into Lincoln’s Inn Fields, our author breathes more freely. As a London-bred boy, the square gave him his first idea of the countryside. It does make you wonder how old the London Planetrees in the square are; they can live for several hundred years. He mentions the sooty plants, and the London Plane is very tolerant of atmospheric pollution, but this is where he saw his first butterfly.

During the Georgian period, the square was a very fashionable place to live. On foggy evenings, he thinks he wouldn’t be surprised to see a gilded coach, with a skeleton coachman, sweep into the courtyard of one the buildings, driving the ghost of a Duke of Aneaster or of Horace Wimpole home to their grand houses. Not everyone was well off though: he also imagines the sham cripple, begging during the day but, at night, working with a linkman to rob the unwary.

The square has been used as a place of execution and, if the square has a ghost, this would be the best candidate. On a July morning in 1683, Lord William Russell was executed in the square after he was convicted of being part of the Rye House Plot against King Charles II. The event is commemorated with a plaque in the centre of the present-day bandstand. Our author tells a touching story of Lord Russell’s last night on earth. How he said last goodbyes to his wife and children, and finally his friends, before laying his head on the block. When told that the executioner’s fee was ten guineas, he is reputed to have said “it was a pretty thing to give a fee to have one’s head cut off”. This account says it only took two strong blows of the axe to take off his head, but other accounts suggest that the executioner, Jack Ketch, was so inept it took four blows to separate the head from the body. After the first failed blow, his victim looked up and said “You dog, did I give you 10 guineas to use me so inhumanely?” 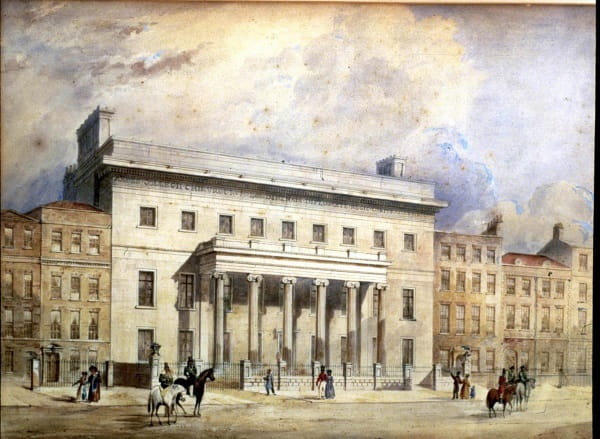 Walking around the square the author views Sir John Soane’s house, describing him as an “ingenious, crotchety architect”. The house is summed up as a “stone puzzle with wonderful devices to make a small place seem large”. Finally he turns his attention to the Royal College of Surgeons and its collections. It isn’t a flattering description: “inside this museum of death are all the terrible monstrosities that John Hunter, that patriarch of surgeons, spent his life collecting”. As it gets darker, he peoples the whole square with these historic ghosts but is brought back to earth by an unimaginative policeman: “Now then, young man, no more of that if you please”.

Read our earlier post on Lincoln’s Inn Fields to learn more about the area.