Alongside the more expected surgical history collections at RCS England, our archives are a rich source into the study of natural history, largely due to the influence of John Hunter and surgical education being centred around anatomical dissection and observation.

The College is an international centre for the study of the life and work of surgeon and anatomist John Hunter, holding comprehensive material representing his family life, museum collections, research, experiments, correspondence and published works. Hunter (1728–93) was an early advocate of scientific method in medicine and carried out many important studies in comparative aspects of biology, anatomy, physiology and pathology. His approach of research, enquiry and experimentation was continued by other key surgeons and scientists whose work is found in our collections.

Hunter’s vast collection of human and comparative anatomy and pathology specimens was transferred to the College in 1799. This collection forms the core of the College’s Hunterian Museum (reopening early 2023). 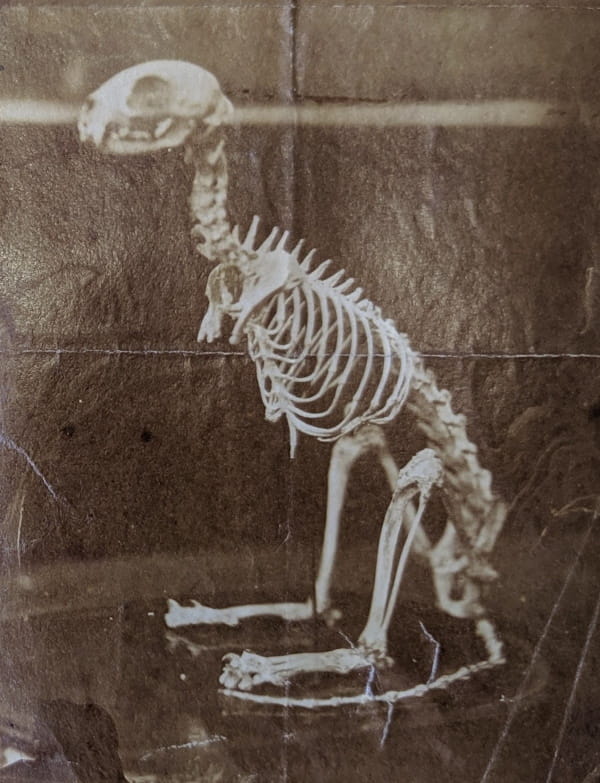 Photograph from a museum letter book circa 1879. An anatomist wrote to offer information about the skeleton of a two-legged cat that was held in the museum. He claimed to have evidence that the cat lived a full life and gave birth to at least one litter of ‘fully formed’ kittens. (RCS-MUS/5)

The museum archive (1800–present), which includes specimen catalogues, donations registers and curators’ reports, complements and contextualises the Hunterian Museum collection. In 1941 the College suffered extensive bomb damage, resulting in the loss of approximately two thirds of the museum collections, so in many cases the archival records relating to specimens are the only remaining record of them.

We also hold the papers of many of the Museum’s curators, including William Clift (1775–1849), who was John Hunter's assistant and the first conservator of the Hunterian Museum; the palaeontologist Richard Owen (1804–92) who would go on to become the first Director of the Natural History Museum; microscopist John Thomas Quekett (1815–61); zoologist William Henry Flower (1831–99); and anatomists Sir Arthur Keith (1866–1955) and Frederick Wood Jones (1879–1954). These collections help to tell the story of the development of the Museum and reflect the curators’ personal research interests.

The College has added depth and breadth to its natural history collections by acquisitions, for example the papers of zoologists George Busk (1807–86) and William Charles Osman Hill (1901–75). Our natural history collections contain fine examples of anatomical and zoological illustrations, including the first proofs of the engravings for the first edition of Gray's Anatomy.

The museum correspondence series gives a fascinating snapshot of 19th to early 20th century views on anatomy and zoology. Letters were a forum for debate and knowledge sharing between museum curators and scholars from all over the world, so they are a treasure trove of interesting stories, for example, ‘an enormous lizard-like animal’ that was spotted in Tonga in 1834, and a platypus that was sent as a gift by the Australian government to Sir Winston Churchill in 1943.

Our collections also provide insight into the practice of dissection and the reasons behind the Anatomy Act of 1832. Prior to the Anatomy Act, RCS England and other medical and anatomical schools relied on the provision the bodies of murderers for anatomical research and surgical training. The College had a licence to dissect six executed murderers a year. Museum curator William Clift sketched their heads and recorded notes about their crimes. 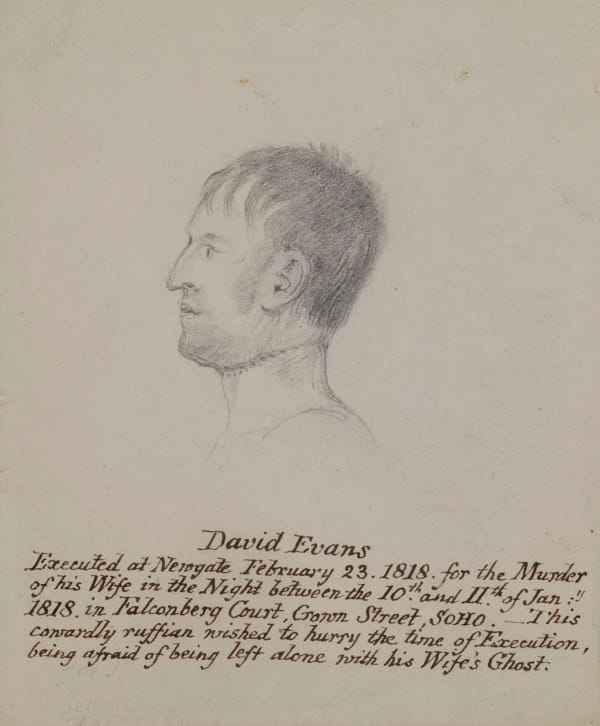 Further details of all our archive collections can be found on our online catalogue.

Following the closure of the College building for redevelopment, RCS England archives is due to reopen in our new Research Room at Lincoln’s Inn Fields in December 2021.