Horror in our Collections 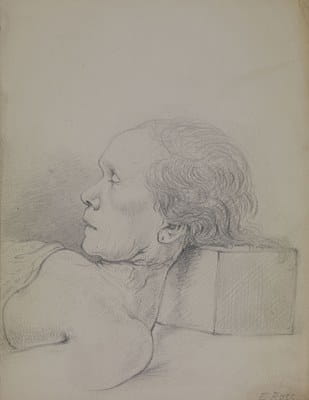 As it’s Halloween, we have delved into the gloomiest reaches of our collections and sought out some of the more macabre material we hold.

From William Clift’s drawings of the heads of executed murderers to the case of Palmer the Poisoner, read on if you dare!

The Newgate Calendar (subtitled The Malefactors' Bloody Register), which is held in our library, was a popular work during the 18th and 19th centuries. 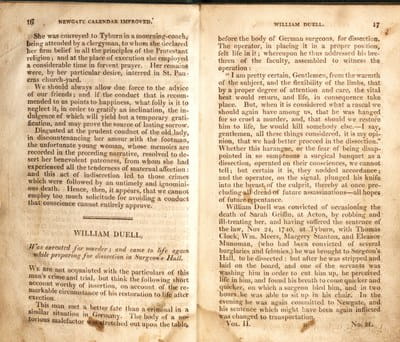 Originally a monthly bulletin of executions produced by the Keeper of Newgate Prison in London, the Calendar’s title was later used by publishers to produce biographical booklets about notorious criminals. Collected editions of these stories began to appear in the mid-18th century and, in 1774, a five-volume bound edition became the standard version.

Capital and corporal punishment had been used throughout the British Isles since ancient times. Hanging, drawing and quartering had been introduced as the punishment for high treason in 1351, while hanging, beheading or burning at the stake was used for other crimes.

Such punishments must have been a powerful deterrent for would-be criminals and the Calendar entries spoke strongly against vices that might lead readers to face them. Along with the Bible and John Bunyan's The Pilgrim's Progress, it was once in the top three works most likely to be found in the average home.

Gwynne Owen Evans and Peter Allen were the last people in the UK to be executed by hanging, on 13th August 1964 for murder. The death penalty for murder was finally abolished in 1969, though it remained in place for other offences, such as treason, until 1998.

By the time it was finally outlawed, capital punishment had a long and deep-rooted history in Britain, which was at times interwoven with that of the Royal College of Surgeons of England. 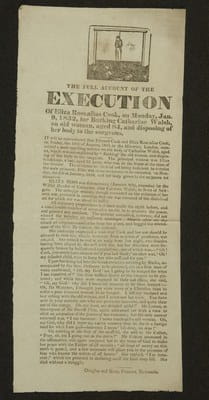 Our archives contain these sketches which depict criminals executed in the early nineteenth century, whose bodies were given to the Royal College of Surgeons in London for dissection.

Bodies of offenders were the only legally available resource for anatomical education. The College had a license to dissect the corpses of up to six executed murderers a year and William Clift, conservator of the Museum, made a note and sketch of the heads as they were delivered to the College.

Eliza Ross (alias Mrs Cook) became one of Clift’s subjects after being convicted of strangling 84 year-old Catherine Walsh and disposing of the body to the surgeons. The broadsheet shown here details her trial, at which her own son gave evidence against her. The word ‘Burking’, used here to describe her crime, was then a common reference to the notorious murders of Burke and Hare.

In 1831 Bishop and Head (alias Williams) were amongst those arrested for murder after they delivered the suspiciously fresh corpse of a young boy to Guy’s hospital. 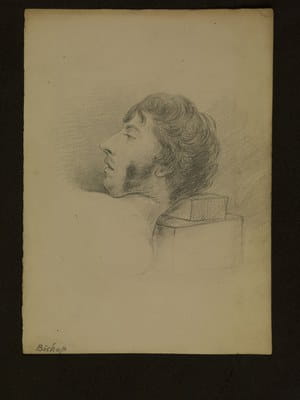 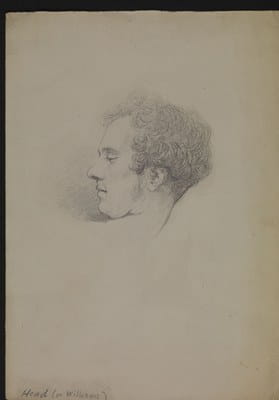 Their crime echoed those of Burke and Hare, who were arrested in 1830 for the murder of 17 people whose bodies they sold for dissection. The crimes of Burke and Hare, all perpetrated in Edinburgh, caused huge public outcry across Britain. 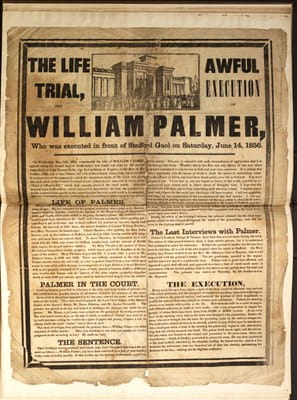 Palmer, also known as the ‘Rugeley Poisoner’ or the ‘Prince of Poisoners’, was a doctor found guilty of murder in one of the most notorious cases of the 19th century. In 1856 he was publicly hanged for fatally poisoning his friend John Cook with strychnine; it was also suspected that he had poisoned several others including his brother, his mother-in-law and four of his children. In addition to making large sums of money by collecting on life insurance, Palmer also defrauded his wealthy mother out of thousands of pounds. All of his money was lost on gambling.