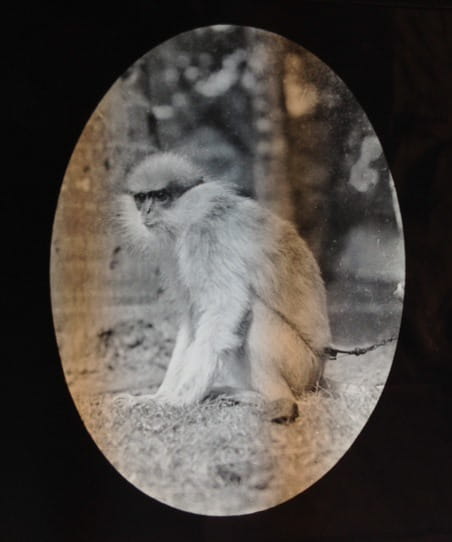 It is a strange thing to explain to someone that your job involves looking at antiquated pictures of Primate Backsides. However, that’s what I’ve found myself doing after I volunteered to take on the task of appraising, repackaging and listing a collection of glass slides in the Archives at the College.

The slides belonged to William Charles Osman Hill (1901-1975), a renowned zoologist and expert on primate and comparative anatomy who later became a Hunterian Trustee. When looking through the charming, but musty, collection of early twentieth century slide boxes, I’ve come to expect the unexpected.

What I enjoy is the diversity of the work. One box labelled “Parrots” contains quite beautifully-coloured photographic slides of Cockatoos and Macaques in their natural habitats. When you initially look at the slide and clean the dusty surface, you would hardly expect the gorgeous colours that appear when you place it on a lightbox.

Some boxes have no labels and these are probably my favourite. It could be a box of delights or of primate horrors. One box held images that were hard to make out initially, a footprint in the snow and a picture of some ancient Tibetan depictions of apes. Then it clicked, they were images related to the mythical Yeti! Of course, the Yeti appears to have been as elusive, in Hill’s collection, as he is in reality, but it was really interesting to see how seriously the monster was taken at the time. 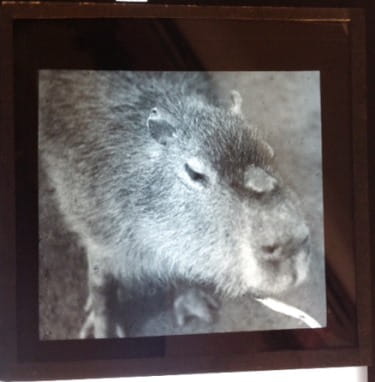 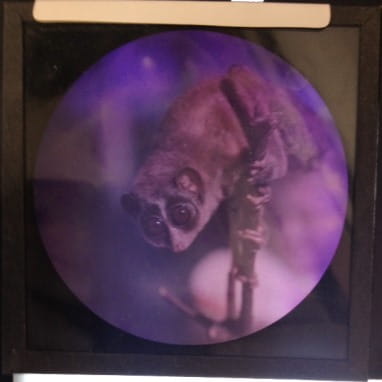 Amongst these slides there are occasionally ones of Hill’s family. They are quite unexpected amongst the apes, parrots and anatomical studies. Seeing these small snapshots of everyday life gave me a connection to the man outside of his zoological work.

I have found some difficulties in reviewing these collections. Some boxes contain images taken in countries, such as Sri Lanka, that were colonies of the British Empire at the time, and the issues presented by this period can be quite stark. Although fascinating, there is a sense that these photographs are intrusive to a people’s way of life and their original anthropological purpose can seem rather sinister to our twenty-first century eyes.

After packing the slides away in their new boxes and finally listing them, it is nice to know that a small amount of my work will be part of the history of the Royal College of Surgeons.