Bulletin of the Royal College of Surgeons 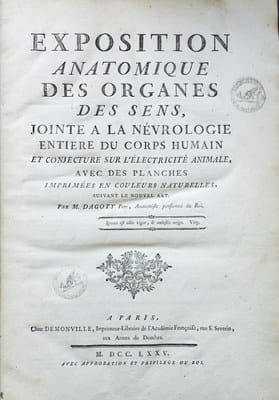 Jacques-Fabien Gautier (he added the “D’Agoty” later in life) was born in Marseilles in 1716. At this time the art of colour printing was just being developed and, in 1737, Joanne L’Admiral produced an edition of Albinus using four colour mezzotints which may well have been the first use of this process for medical illustration. Interestingly, he gave his subjects a lush, dark green background which was to become a characteristic of Gautier D’Agoty’s work.

In 1738, Gautier moved to Paris and worked with Jacob Christoph Le Blon, an acknowledged expert in the field. Setting up on his own, he developed an ambitious plan in 1745 to make his prints the recommended texts for all students of medicine and began to collaborate with Jacques Francois Duverney, a lecturer in anatomy at the Jardin du Roy. Over the following years he published three large anatomical texts with sumptuous illustrations. 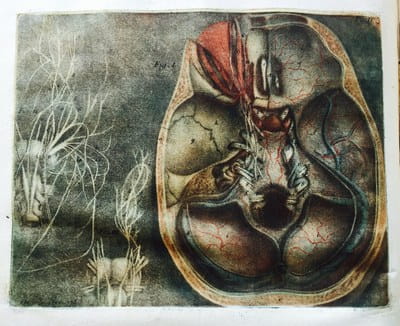 He became a member of the Dijon Academy of Sciences, was known as a philosopher and as a distinguished anatomist. He began to contribute widely to scientific journals, including those published in Britain. In 1752 he wrote an attack on Newton’s theory of colour which Goethe considered required an article in response. He called him “an active, quick, rather impulsive man, certainly gifted but more than befittingly aggressive and sensational”. 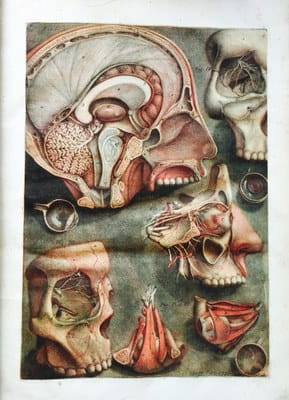 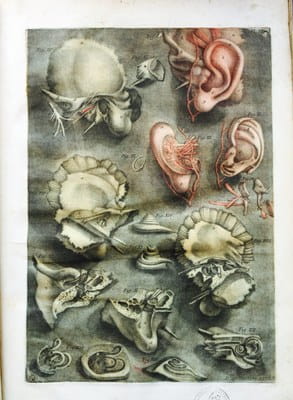 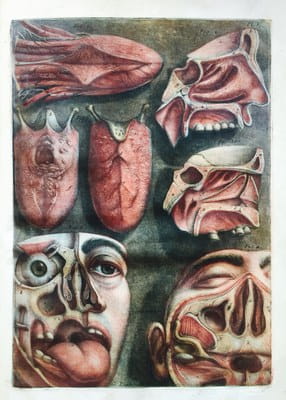 By 1752, he was well established in Paris and began to publish Observations sur l’histoire naturelle, an early French scientific journal, which was founded by him and later edited by his son, Jean-Baptiste. In 1754, he produced Anatomie general, illustrated by 18 plates in his usual sumptuous style and for which he did all but three of the dissections himself.

Six later medical works and two more on natural history appeared before he died in 1785. 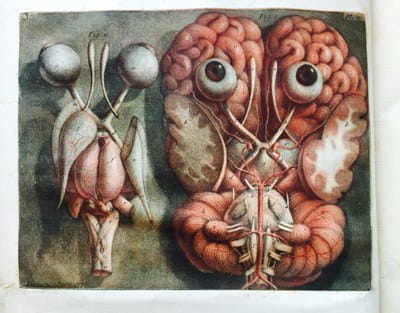 D’Agoty’s work has always been regarded with some ambiguity by art critics and anatomists alike. Choulant, in 1852, wrote of him “His anatomical illustrations while they may perhaps be fascinating to the layman…impress the critical observer with their arrogance and charlatanery and do not recommend themselves to the student of anatomy either for their faithfulness or their technique”. Writing in 1992, Roberts concluded that his illustrations were “probably aimed at more prurient-minded lay persons than at anatomists”.

The content of this post was taken from articles in the Bulletin of the Royal College of Surgeons, Vol 83, Issues 1 and 3, 2001. The images are taken from Exposition anatomique des organes des sens, published in 1775.