John Hunter – The natural history of the human teeth, 1771

Royal College of Surgeons of England 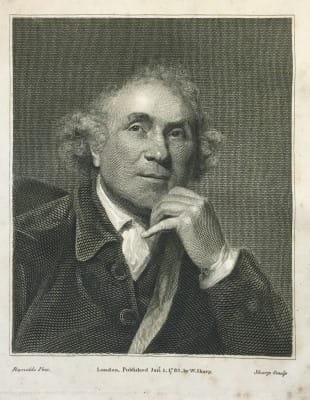 John Hunter (1728-1793) was born during the night of February 13/14, 1728, at East Kilbride, Scotland. He had little schooling, but he had an insatiable appetite for natural history and research, and spent his whole life searching for knowledge.

From 1748, John spent 11 years working at his brother William’s anatomy school in London. During this period he studied surgery with some notable London surgeons and also did vital research. A period of ill-health led to three years Army service in Belleisle and Portugal during the Seven Years War. He began collecting animal and plant specimens which were the foundation of his unique museum, eventually to number 13,682 specimens. That museum, despite damage in World War II, is still the jewel of this Royal College as the Hunterian Museum. 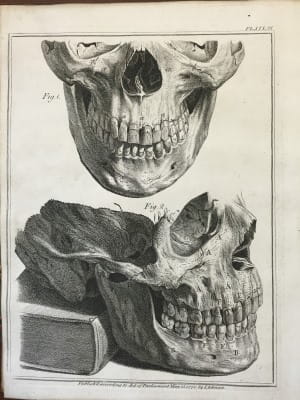 John Hunter’s greatest development followed his Army life. He was elected a Fellow of the Royal Society in 1767, and appointed surgeon to St. George’s Hospital in the following year. Thenceforward he regularly had resident students as house pupils for five year periods.

Despite his busy practice and heavy teaching commitment, John spent many hours daily in research on his museum specimens. He wrote highly original papers, notably on human teeth (which revolutionised dentistry), the blood, inflammation and gunshot wounds, the descent of the testis, the physiology of digestion, the repair of tendons, venereal disease and many other subjects.

John later applied his work on the development of collateral circulation in the deer’s antler following blockage of the main artery, to the treatment of human arterial disease. Indeed, his operation for aneurysm (dilatation of a diseased artery) was a revolutionary concept. One of his patients survived for 50 years after such an operation in 1787, and his arterial specimen is still in the Hunterian Museum. As if all this was not enough, John Hunter also wrote a geological treatise which alone would have made him famous.

After John Hunter’s death his museum was purchased by Parliament and entrusted to this Royal College. Following burial in the crypt of St. Martin’s in the Fields in 1793, he was reinterred in Westminster Abbey in February 1859. 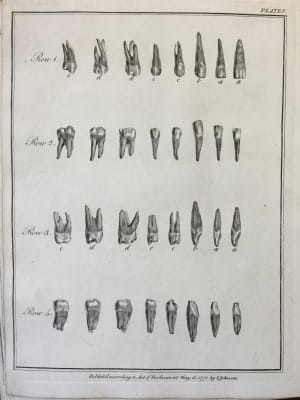 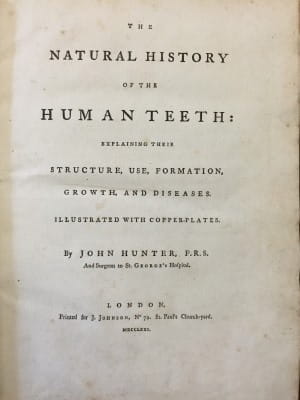 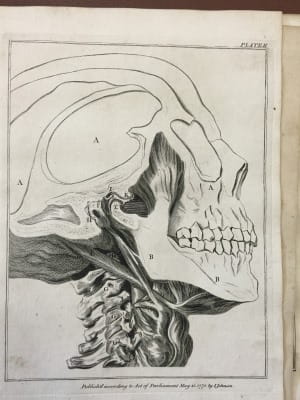 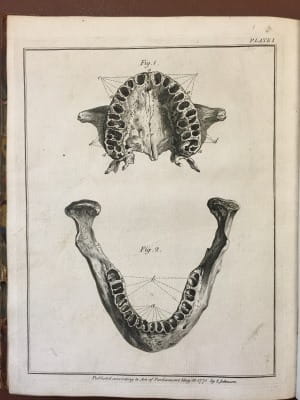 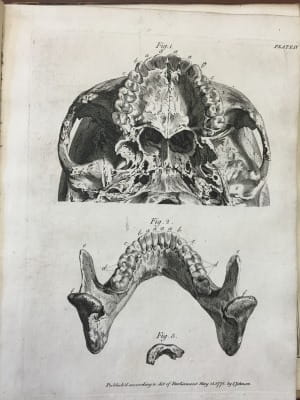 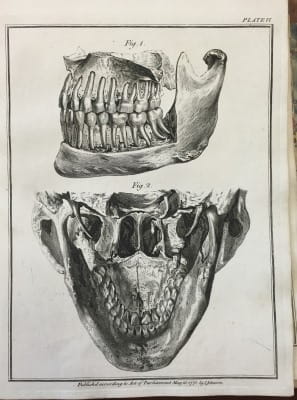 The content of this post was taken from a commemorative leaflet John Hunter – 250th anniversary – and the Royal College of Surgeons of England. 1978. The images were taken from The natural history of the human teeth: explaining their structure, use, formation, growth and diseases, 1771. John Hunter’s image is taken from A treatise on the blood, inflammation and gunshot wounds.