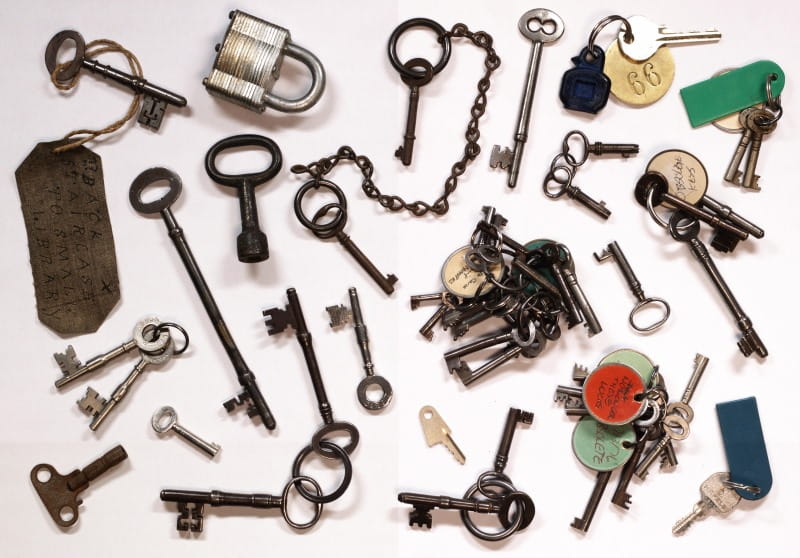 Sometimes in the archives we come across material which is not easily accessible. This can be because the item is damaged or the document is written in an uncommon language, but occasionally the collections present a more physical barrier to access. This was the case with the accounts book of Sir William MacCormac which had remained locked for (possibly) over a century. The volume is an unassuming item – measuring 11 by 9 inches. It is covered in dark brown leather which is succumbing to red rot and age, with the words “WILLIAM MACCORMAC. 13 HARLEY SREET. 1884.” embossed in gold on the front, and a brass lock clasped firmly shut.

Since the volume was first catalogued all that could be recorded about the item was the following - “The volume contains a lock and clasp which remains locked. Access to the content of the volume is therefore impossible”.  Recent work to catalogue other items in MacCormac’s collection led to a renewed interest in trying to open the book. There was discussion on the ethics – and legality – of trying to pick the lock and worries about what we would find if we actually managed to open the book: something controversial or, perhaps worse, nothing at all. A box of unidentified or unused keys had been kept in the Library office for many years and we decided, with little hope, to try to find the needle in the haystack. Saint Sitha must have been watching over us: we found the key. 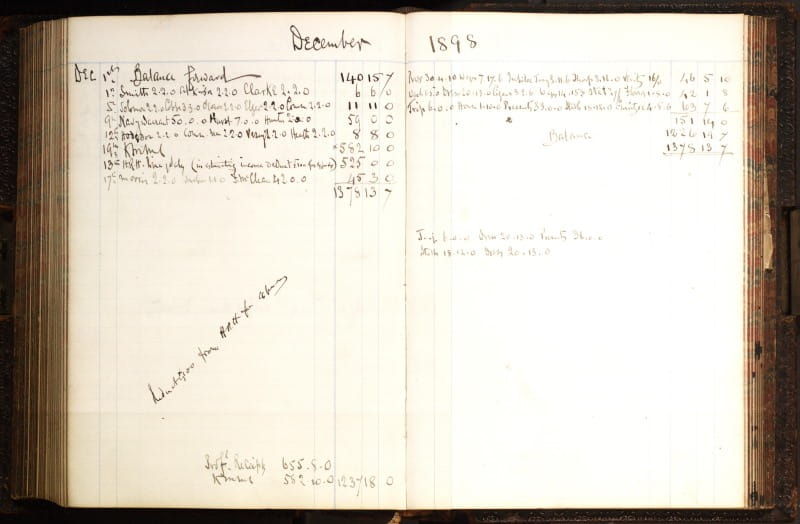 There is pleasure to be taken in the mundanity of diaries, journals and accounts. They speak of complete and full lives, and not just the snippets and fragments that sometimes are all that is left behind. Sir William MacCormac (1836-1901) was a notable British surgeon during the nineteenth and early twentieth centuries. He was an advocate of the antiseptic surgical methods proposed by Joseph Lister. He was President of the Royal College of Surgeons of England from 1896 to 1900, and served as a Surgeon-in-Chief during the Franco-Prussian War (1870). The joy of the account book is being able to corroborate stories of MacCormac’s life against payments and notes. For instance we know that he was house surgeon to Queen Victoria and Sergeant Surgeon to King Edward VII. We also know from secondary sources that, in 1898, MacCormac treated the Prince of Wales (later King Edward VII) for an injured leg, but now we can also see that on the 13th December of that year MacCormac notes a transaction of £525 from “HRH Prince Wales (in estimating income deduct £100 for [expenses]”. 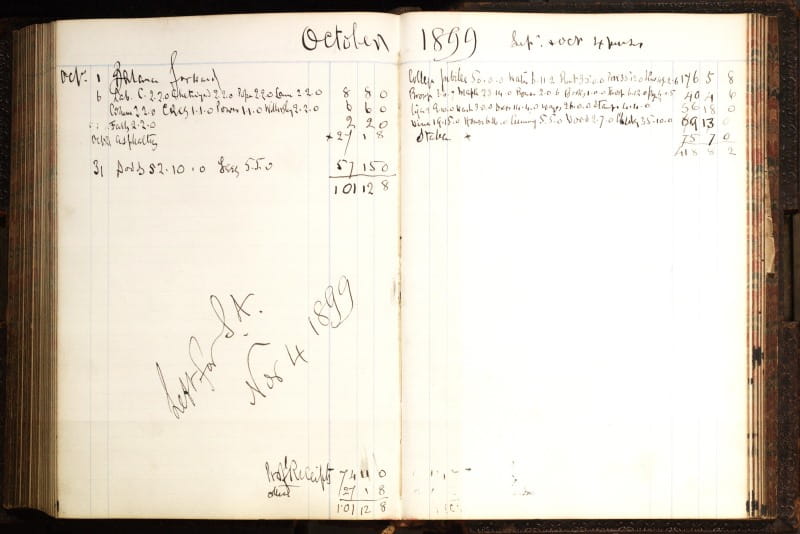 Similarly, it is known that MacCormac volunteered as a consulting surgeon to the forces during the first year of the Second Boer War (1899-1902), something which is mirrored in the account book. Written in large roughly scrawled letters is “Left for S.A. Nov 4 1899”. We can also see the purchases he made in preparation for the trip. This account book enhances the study of MacCormac’s life and times, as you can trace his activities through his thoroughly kept accounts and finances. 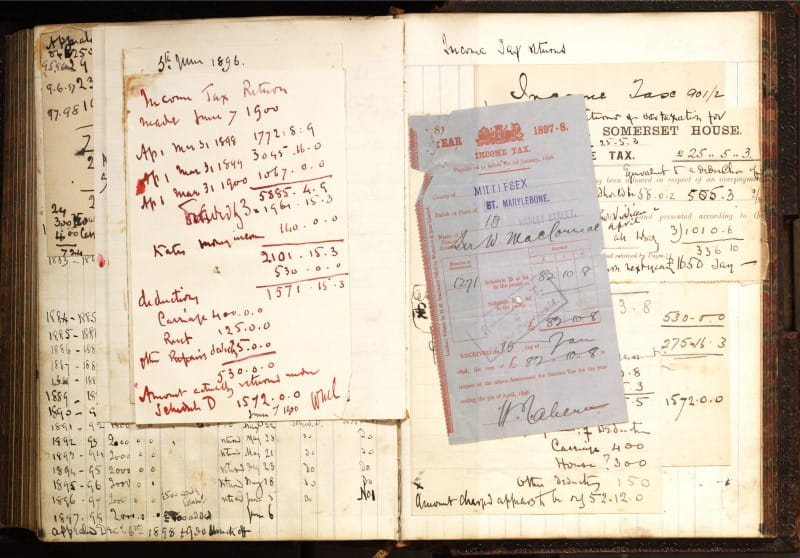 It would be erroneous to describe the content of this volume as anything other than ordinary, but that is in essence what was so wonderful about unlocking it – finding the evidence of an ordinary life lived.