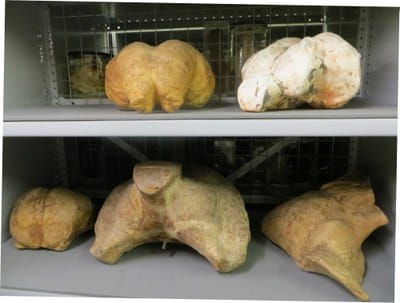 As teaching models have been important surgical training tools for more than a century, it is not surprising that the Royal College of Surgeons of England holds a large Models and Casts collection. This collection of around 1400 items is currently being assessed as part of the Collections Review project. The majority of these models and casts are human (or fossil human) and some stunning examples of these are currently on display. We have also discovered a diverse set of casts of a variety of animals. After assessing a large number of cranial cavity casts, one colourful model stood out due to its visual impact, interesting preparation technique and seemingly random subject: a cockroach brain reconstruction model. (Right: Two casts of the cranial cavity of an Asian elephant (top) and three cetacean (beluga whale, humpback whale and blue whale) cranial cavity casts (bottom).) 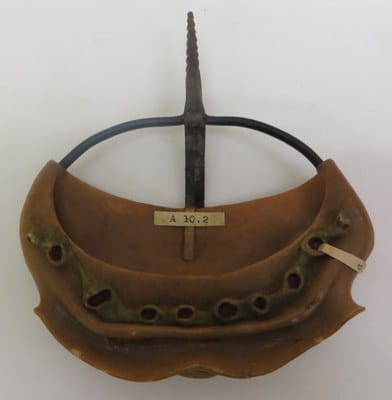 Reconstruction models were often used to show magnified forms of the morphological features of specimens too small to be easily studied with the naked eye. Reconstruction methods involved making serial microscopical sections (for an overview of the various techniques, see J.R. Norman’s 1923 article in Journal of the Royal Microscopical Society, vol. 43:37-56). These were then used for drawing, using a microprojector or Camera Lucida at a selected magnification, giving “contour-lines” (for a detailed account of a serial section drawing, see Pusey’s 1939 paper inJournal of the Royal Microscopical Society; and Gustav Born’s 1888 article (in German) at the Biodiversity Heritage Library). The outlines were transferred to wax, wooden, glass, gelatin, metal or plastic plates, with the thickness of the sections depending on the required magnification. Excess material was then removed and the resulting cut outs were stacked using the guidelines provided by the drawings. The reconstruction method was commonly used for the manufacture of embryological models, notably by the German firm Ziegler, in the latter half of the 19th century. (Left: Embryological wax model showing the development of the tooth germs in the lower jaw of a human fetus at 11.5 weeks, prepared according to Carl Röse's method by Ziegler of Freiburg, 1893. The germs of 10 deciduous teeth are presented (label ‘d’).) 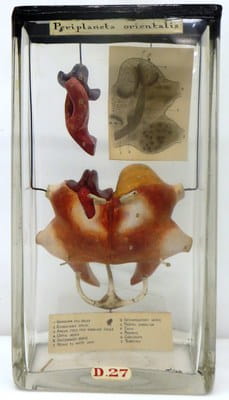 The RCS cockroach brain model is a reconstruction model made by Edwin Tulley Newton in the late 19th century (RCSHM/D 27). Tulley Newton’s technique, which makes use of soft pine wood, is described in detail in the Journal of the Quekett Microscopical Club (“On a New Method of Preparing a Dissected Model of an Insect’s Brain from Microscopic Sections”, 1878-9:150-158). In the Annual Report for 1914 (MS0022/4/2/28), the Hunterian Conservator, Sir Arthur Keith, explained that Tulley Newton, a British paleontologist and member of the Geological Survey, had independently developed the same system as Ziegler, but at a later date, and that this model of the brain of a cockroach represented his first experiment with the system. (Right: Wooden reconstruction model of the brain of a cockroach made by Edwin Tulley Newton, late 19th century.) 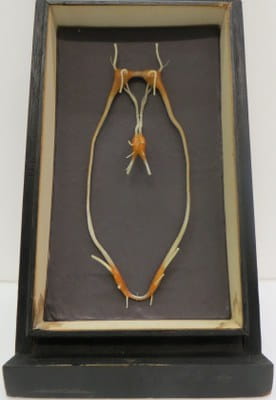 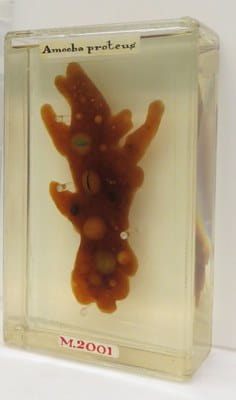