“More ruthless than the Destroying Angel.” The London Lock Hospital and Rescue Home collection at the Royal College of Surgeons of England.

At the Royal College of Surgeons of England Archives, alongside the more expected institutional records that capture the history of the College and the Hunterian Museum, we  hold a variety of different deposited collections. From 18th century recipe books detailing cures for a diverse range of ailments including wasp stings and consumption, to the deposited papers of Fellows including Sir Joseph Lister, the archives also hold some hospital records, notably those of the records of the London Lock Hospital and Rescue Home. 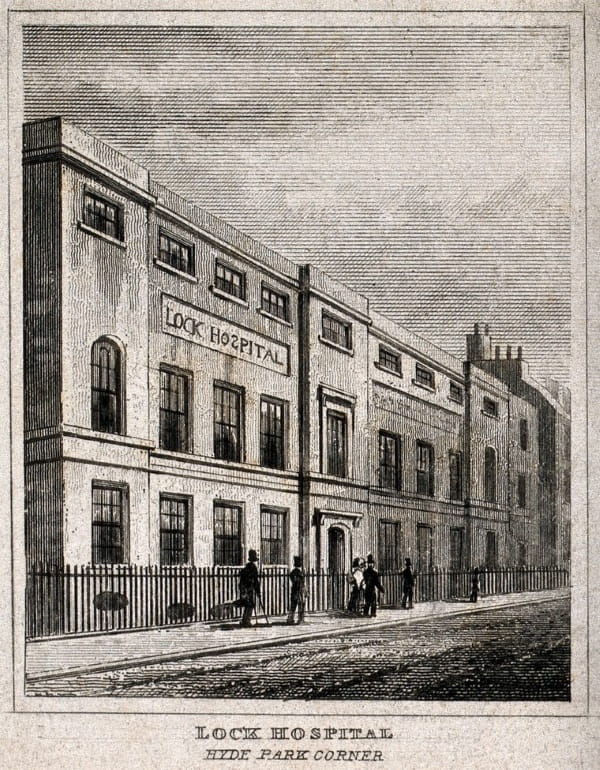 The London Lock Hospital and Rescue Home was founded in 1746 by the surgeon William Bromfeild, and was the first voluntary hospital for the treatment of venereal diseases. The Hospital, which is thought to have been named after the Lock hospital in Southwark that treated victims of leprosy, was originally based in Grosvenor Square, before relocating to Harrow Road and Dean Street, where female and male patients were treated separately. 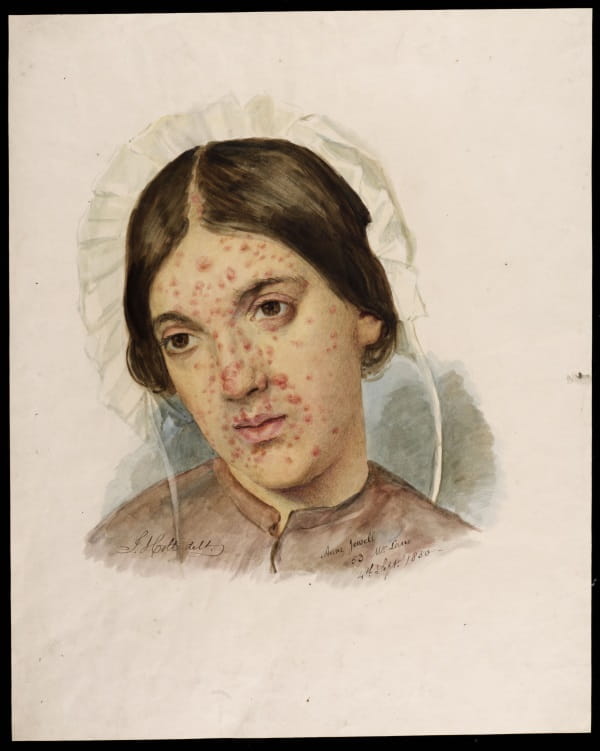 With a history spanning over 200 years, various Fellows of the Royal College of Surgeons of England worked in the Hospital as Assistant and House Surgeons, Surgical Registrars and Medical Officers. These Fellows include Gladys Maud Sandes, the first woman surgeon at the London Lock Hospital, John Harrison and George Gisborne Babington, who were both among the original 300 Fellows.

In addition to the Hospital treating venereal diseases, the London Lock later expanded to include a maternity unit, a chapel, and a Rescue Home. The Rescue Home aimed to provide ‘refuge’ and ‘reformation’ for women who had been treated in the Hospital, where they would take part in religious services and be provided with instruction in domestic service, with the hope of providing a steady life to return to. 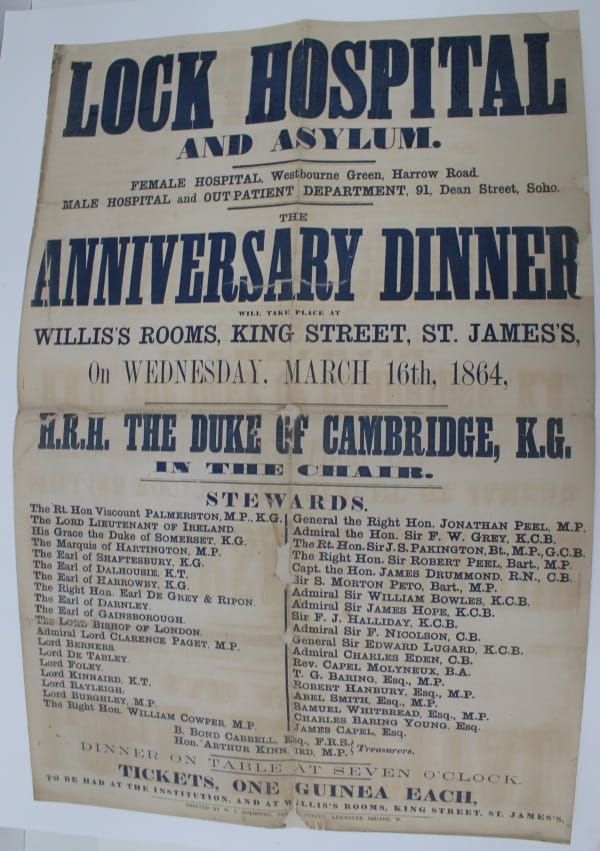 MS0022/11/2: Poster taken from the ‘sample of appeals’ scrapbook advertising the Anniversary Dinner that was chaired by Prince George, Duke of Cambridge on 16 March 1864.

The collection, which spans 84 boxes, covers a wide range of material, including patient records and written accounts of their histories, watercolour illustrations of individuals treated, minutes of the governing body, and scrapbooks. One example of this is a scrapbook comprised of a sample of appeals that were issued to fund the hospital, which was recently conserved. As noted in a letter from the Treasurers on July 20 1915, the London Lock Hospital and Rescue Home was funded entirely by donations, as the treatment of venereal diseases received no aid from the state, in contrast to the treatment of diseases like Tuberculosis. Along with numerous letters like this, which were to be sent to potential donors (women, men and other organisations including the Worshipful Company of Framework Knitters), the scrapbook also contains newspaper cuttings about the work of the Hospital and fundraising efforts, booklets sent out as emergency appeals, especially around Christmas, sermons given in the chapel, posters and programmes advertising fundraising events, and corresponding tickets.

Despite having the title of ‘sample of appeals’, the scrapbook captures a much greater history of the Hospital and Rescue Home. This includes an insight into the lives of employees of the hospital, including the Matron and nurses. In a memorandum for the guidance of the Matron of the London Female Lock Hospital 31 requirements are listed, including that she should preferably be a member of the Church of England, and at the time of election should be within the age of thirty and forty-five. The scrapbook also contains some information about the individuals treated at the Hospital, from statistics collected about patients for the appeal booklets, and posters which outline a typical day at the Hospital and Rescue Home. 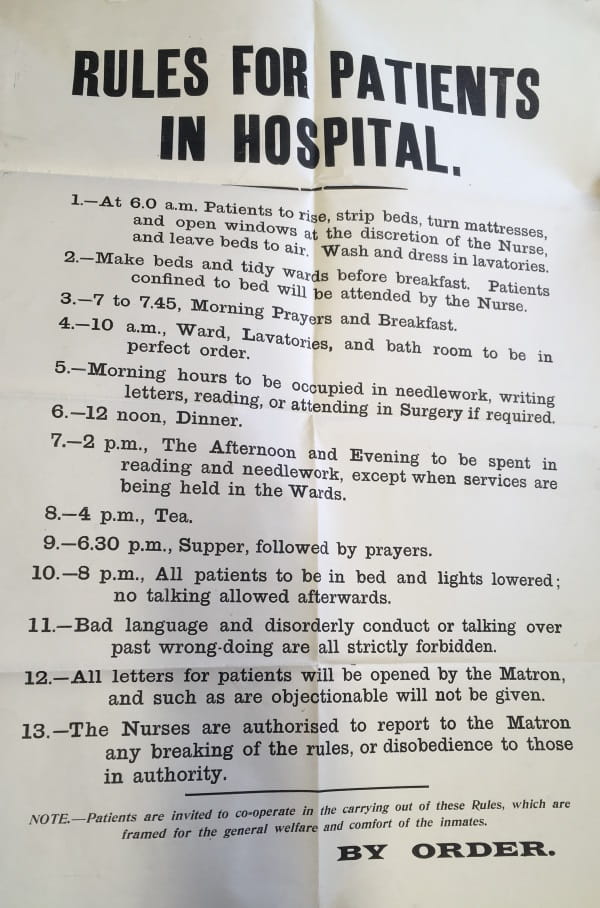 MS0022/11/2: Rules for Patients in Hospitals, taken from the ‘sample of appeals’ scrapbook.

Our records continue up until 1948 when the London Lock Hospital became part of the NHS. After 1948 it spent three brief years as an outpatients department for Paddington Hospital before its closure.

Due to the breadth of the collection, and the variety of different formats that capture the history of the institution, the London Lock Hospital and Rescue Home collection is a fascinating series that can be used by researchers across many disciplines, including medical history, social history, gender history and the history of voluntary hospitals. You can view the catalogue description of the records of the London Lock Hospital and Rescue Home (MS0022) on the Archives catalogue, SurgiCat.