Pamela Ball: the first woman from Jamaica to gain an FRCS

Pamela Ball, a surgeon in Kidderminster and Wordsley in the Midlands, was the first woman from Jamaica to gain the fellowship of The Royal College of Surgeons of England. 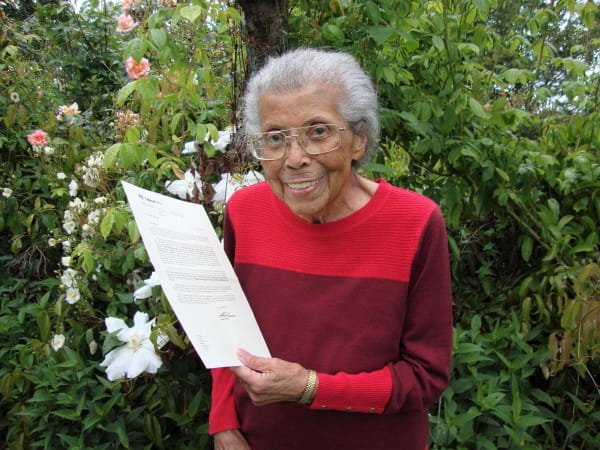 She was born Pamela Margaret Moody in Kingston, Jamaica, the daughter of Vera Holme Moody née Manley and Ludlow Murcott Moody. Her maternal uncle was Norman Washington Manley, a leading lawyer in the 1920s and an advocate for universal suffrage, who served as the island’s chief minister and premier in the mid-1950s to early 1960s.

Her paternal family were as accomplished. Her father studied medicine at King’s College London and in 1919 became the first Jamaican to pass the MRCP exam. He returned to Jamaica, where he was a government bacteriologist and GP. Her paternal uncles included the eminent sculptor Ronald Moody and Harold Moody, who also studied medicine at King’s, became a GP in Peckham, south London, and in 1931 set up and led the League of Coloured Peoples, the first black civil rights group in the UK.

Despite her family connections to medicine, it was not Pamela’s first choice of career. Reflecting on her life on the Kidderminster Medical Society’s website, she admitted she originally wanted to study mathematics. ‘My second choice was veterinary surgery, but when they could not take me for three years I turned to medicine.’ She began her medical studies at Birmingham University in 1945 and qualified in 1950.

She was a house surgeon to Jimmy Leather at Birmingham General Hospital, where the registrar gave her ‘… lots of operating, including gall bladders and gastrectomies and so on’. She then held posts in casualty and orthopaedics, and gained her FRCS in 1954.

She went on to Kidderminster as a resident surgical officer, where, in the midst of a staff shortage, she met her future husband. ‘John [Ball] arrived when we were down to one resident (me) and I was desperate for help. He subsequently became our first ever casualty registrar.’ She and John, who became a GP, married in 1957 and had three children – Margaret, David and Jonathan.

She did various clinical assistant jobs, including anaesthetics, and in 1958 joined the plastic unit to replace the senior registrar. She recalled that she knew no plastic surgery at the time and had to learn very rapidly!

She later returned to Kidderminster as a clinical assistant and, when an accident unit was started, she switched to that and stayed for five years. She remembered her workload: ‘It was very hard to fit this job (no house surgeon) in with the family, and when they eventually became mutinous, I was glad to rejoin the plastic unit…. I concurrently did various jobs at Kidderminster ending with 17 happy years on Casualty. I continued doing plastic surgery, largely at Sandwell and Good Hope under Henry Goldin.’ She also did a surgery and baby clinic and carried out minor operations one day a week at her husband’s GP practice.

She officially retired in 1991 but continued as a locum for a further two years. In 2006 she was elected president of the League of Friends of Kidderminster Hospital, helping to raise funds for new equipment.

In her free time, she enjoyed playing the viola to a high standard, looked after a well-stocked and exotic garden, and spent many happy hours salmon fishing in Scotland. She also managed to return to her first love – mathematics. ‘I think my greatest personal achievement was obtaining my Open University Mathematics Honours Degree and Masters while I was fully committed in the NHS.’

Pamela Ball died of bone marrow cancer on 16 September 2019, just after receiving an MBE for her services to the NHS. She was 92.