Patrick Trevor-Roper and the decriminalisation of homosexuality

The ophthalmic surgeon Patrick Trevor-Roper (1916–2004) was one of just three courageous gay men to appear before the Home Office’s Wolfenden Committee on homosexual offences in 1955. The committee’s report, published two years later, led directly to the 1967 landmark legislation that partially decriminalised male homosexual acts in England and Wales. 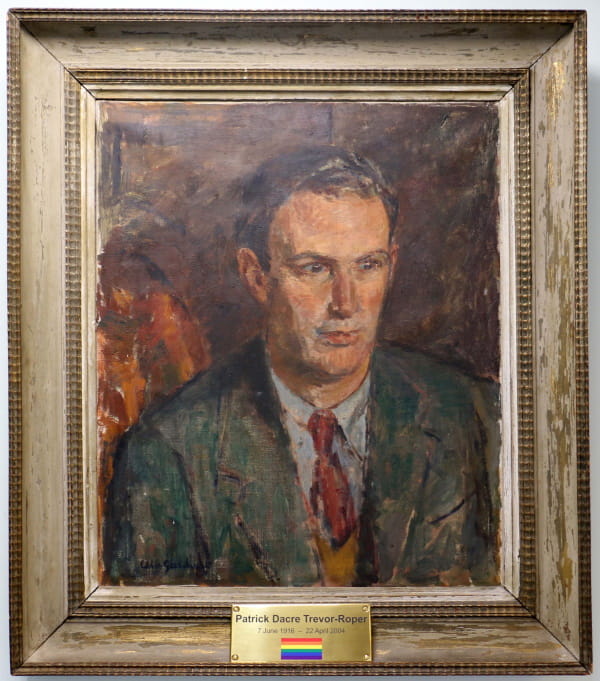 Trevor-Roper had been appointed as a consultant ophthalmic surgeon at Westminster and Moorfields Hospital in 1947 and had a large and thriving private practice. The younger brother of the historian Hugh Trevor-Roper, he was born in Alnwick in Northumberland, the son of a general practitioner and studied at Cambridge and the Westminster Hospital Medical School, qualifying in 1940. He served with distinction in the Second World War as a captain in the New Zealand Medical Corps and was among the first Allied troops to land in Venice during the Italian campaign.

During the early 1950s, an era of extreme social conservatism, male homosexuality was seen as an issue which needed to be urgently addressed. Prosecutions for homosexual offences had risen dramatically since the Second World War – from 390 in 1931 to 2,504 in 1955 –  and several prominent public figures had been charged, including the actor Sir John Gielgud, the writer Rupert Croft-Cooke and Lord Montagu of Beaulieu, cases luridly reported in the gutter press.

In February 1954 the Home Secretary Sir David Maxwell Fyfe brought the issue, with another social concern, female prostitution, before the Cabinet, suggesting a royal commission should investigate both. In the end, the Cabinet agreed to a departmental committee, which would allow possibly reticent witnesses to speak off the record and in private.

The vice chancellor of Reading University John Wolfenden was chosen to chair the committee and another 14 members (11 men and three women) were also recruited. These included lawyers, doctors, educationalists, politicians and churchmen, broadly representing England, Scotland and Wales. The committee first convened on 15 September 1954 and met 60 times over the next three years or so.

The tone was set at the beginning by Wolfenden’s decision to spare the blushes of the ladies on the committee (and the female stenographers) by using the term ‘Huntleys’ to denote homosexuals and ‘Palmers’ prostitutes – named after the biscuit manufacturers Huntley and Palmers.

Evidence was heard from a wide range of police, psychiatrists and churchmen, but it was soon realised the committee needed to talk to some homosexuals about their experiences. Some wrote to the committee offering their services but were dismissed by Wolfenden as ‘exhibitionists’. In the end, just three gay men gave oral testimony, all recruited through Goronwy Rees, a committee member and the principal of the University of Wales at Aberystwyth. Rees had attended Oxford and had connections with a generation of metropolitan, bohemian former undergraduates, some of whom were gay.

The former Daily Mail journalist Peter Wildeblood, who had recently been convicted of homosexual offences along with Lord Montagu and had only just left jail, was the first to volunteer. When his involvement became known, there were concerns in some homosexual circles that, as a convicted offender, he was not the best person to argue for the gay cause. Three distinguished homosexual men were spurred to come forwards to give evidence before the committee: Patrick Trevor-Roper, the director of the Fitzwilliam Museum in Cambridge Carl Winter and the novelist Angus Wilson. In the end Wilson was unable to attend on the day appointed and Trevor-Roper and Winter (their identities anonymised as ‘Doctor’ and ‘Mr White’ in the official records) appeared before the committee on 28 July 1955.

Before giving his oral testimony, Trevor-Roper submitted a written memorandum, specifically highlighting the hidden ‘social evils’ which resulted from the existing laws – the suicides of gay men, blackmail and the encouragement of police agents provocateurs. Movingly, he gave accounts of three men who had taken their lives because of persecution and fear of exposure, including ‘R – aged 19, a “brilliant” Cambridge undergraduate, who gassed himself…a lifetime of persecution and ridicule from his fellows had led to a sense of isolation, of which suicide seemed to him the natural sequel.’

He gave examples of blackmail and highlighted the role of the police in trapping men who sought ‘…casual “pick-ups” in parks, bars and public lavatories’. Perhaps realising that, given the era, the committee would not be able to relate to this casual sex scene, he stressed the steady, monogamous lives of most homosexuals. Gay men, he said ‘…like most heterosexuals, pass through an apparently promiscuous phase, before they settle down with a chosen partner’.

During their appearance at the committee, Trevor-Roper and Winter tried to give an understanding of their contented, settled lives and the lives of their friends in the gay community. Trevor-Roper estimated he knew about 150 other homosexuals. Asked how he met other gay men, he replied: ‘…one is introduced to them…my private life tends to be virtually restricted to almost the purely homosexual world and had become increasingly so…one meets by ordinary introduction.’

Both men willingly revealed how they first realised their sexual orientation, with Trevor-Roper admitting he was ‘unaware’ of the existence of homosexuality until relatively late: ‘Only when the war came and I was qualified did I meet somebody who said this goes on all around you, and that was a revelation.’ He stressed again the issue of blackmail. ‘[B]lackmail is in my experience most frequent, mostly covert, meaning the threat of blackmail or the fear of the threat of blackmail…is almost universal among those who lead promiscuous lives.’ And he argued that the age of consent for gay men should be 16.

In the event, the committee’s report, published on 5 September 1957, recommended that homosexual acts in private between two consenting men over the age of 21 should no longer be a criminal offence. The committee had not been radicalised in support of the gay cause; their position was libertarian, concluding that there ‘…must remain a realm of private morality and immorality which is, in brief and crude terms, not the law’s business’. 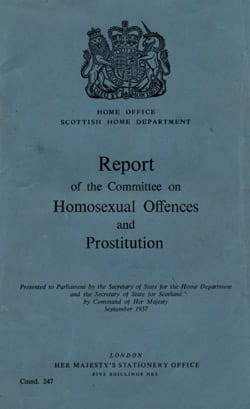 The publication became an unlikely best-seller, with the findings much debated in the press, but the Conservative government, led by Harold Macmillian, rejected the report’s recommendations on homosexuality, fearing a public backlash.

In 1958 the Homosexual Law Reform Society was founded to lobby for reform and nine years later the Sexual Offences Act was passed in Parliament. This implemented the Wolfenden Report’s key recommendation – the decriminalisation of homosexual acts in private between men over the age of 21. However, the law only applied to England and Wales; in Scotland and Northern Ireland homosexual men had to wait until 1980 and 1982 respectively.

Trevor-Roper went on to become a key figure in the development of ophthalmology in the UK and abroad. He served as vice president of the Ophthalmology Society of the UK, was a founder member of the International Academy of Ophthalmology and helped establish the London Eye Bank at Moorfields and eye hospitals in Addis Ababa, Lagos and Sierra Leone. And he continued his outstanding, pioneering work for gay rights: in 1982 he helped found the Terrence Higgins Trust, the UK’s leading AIDS organisation. 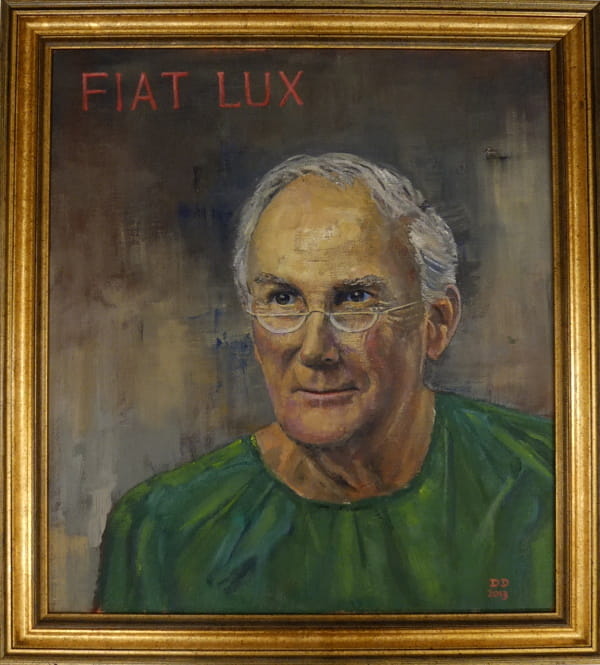