Recipe Books in our Archive Collections 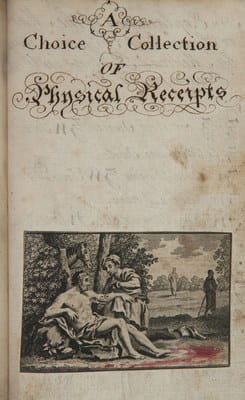 Before the establishment of professional healthcare, the majority of the sick were treated at home with the main carers being the women of the household. At this time there were few hospitals or doctors and little accurate medical knowledge. Furthermore, as professional medical treatments were either too costly or inaccessible, people used home remedies in times of illness. Some wives and mothers, especially in rural areas where trained medical personnel were in short supply, developed considerably specialized expertise, to treat their family with home-made remedies.

Recipe (or receipt) books were started by both men and women when they established their own households. These books would go on to be bequeathed to their children, resulting in recipes being passed down through the generations. Recipes were collected from doctors, with friends and family also making recommendations for various ailments. 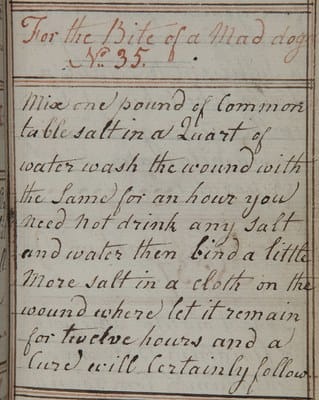 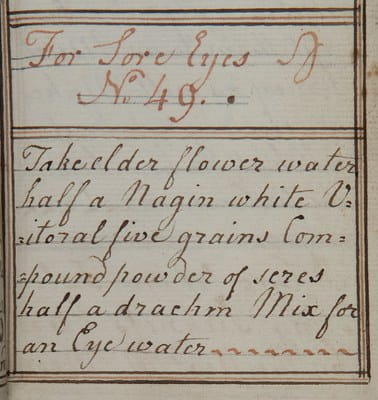 Knowledge of plants and their benefits was found in herbals, which were a vital source of information for those preparing remedies. Some wealthy women even compiled their own medical libraries and private recipe collections. Recipes might be ‘cure-alls’ but also treated specific ailments and the majority were made using common herbs and spices, many of which were bought rather than home-grown. 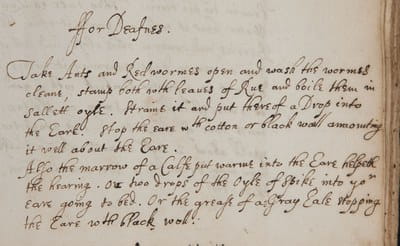 Our archives contain a small collection of recipe books, with the majority dating from the eighteenth century. One of the particularly interesting ones is a book of receipts consisting of 12 unbound pages of manuscript (Ref.MS0458). Written in several hands, it includes recipes for making Friar’s liquid balsam and cures for asthma, cough, jaundice and piles. 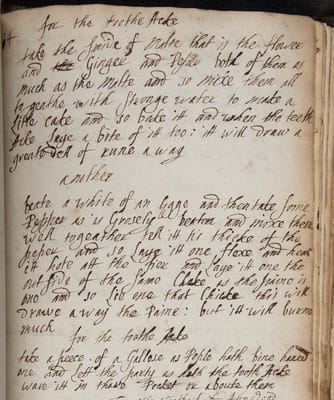 Other fascinating recipes in our collections include ones for growing hair on any part of the body (Ref.MS0517), a cure for deafness which uses ants and red worms and one for staunching bleeding of the nose which has chimney soot as a vital ingredient (Ref.MS0059)! Another claims to cure toothache using pepper (Ref.MS0030).

Selected images from our recipe books accompany this article.