Samuel Gaskell’s Jacksonian Prize Essay: On the nature of the Processes of Suppuration and Ulceration - Illustrations, (1837) 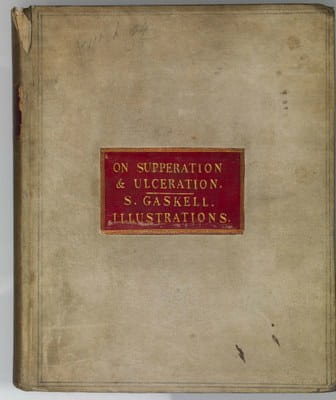 At first a reader could be mistaken for thinking that what fills this volume’s pages are colourful illustrations which have been delicately traced onto tissue paper; if you were to run a finger across the rippled pages, however, it would reveal that these are not the illustrations so described on the cover of the volume - they are flesh.

Samuel Gaskell’s “illustrations” includes 15 thin membranes of blood vessels, and 37 pieces of leathery ileum - and all are human specimens.

This “illustrations” volume (more appropriately titled “preparations”, as noted inside by Gaskell) accompanies Gaskell’s 1837 essay submitted for the Jacksonian Prize, which he won that year.

The Jacksonian Prize was founded in 1800 by Mr Samuel Jackson, FRS, MRCS, as an annual prize for a dissertation on a practical subject in surgery. The prize was awarded annually to a Fellow or Member of the College or a Fellow in Dental Surgery of the College, with an established record in a particular field of surgery, and who had made a significant contribution to the advancement of surgery. These dissertations are in the process of being catalogued on SurgiCat. 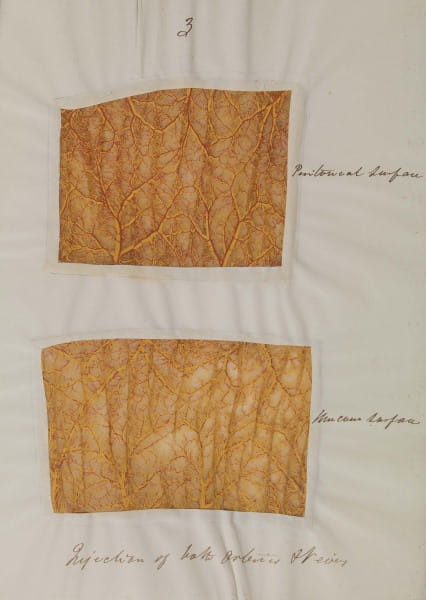 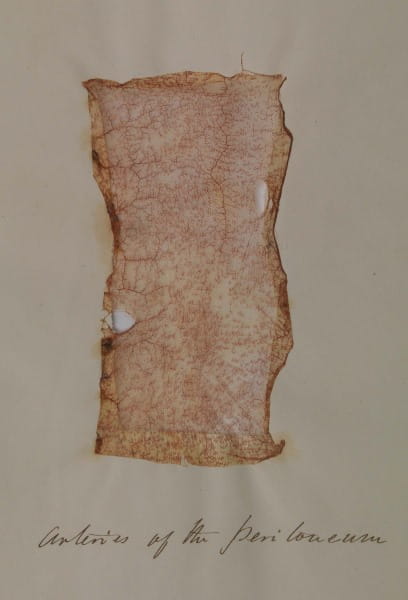 Gaskell’s volume brings to mind the unusual practice of anthropodermic bibliopegy: the process of binding books in human skin. Although different techniques with different purposes, both anthropodermic bibliopegy and Gaskell’s preparations transform textual heritage into human heritage. The human heritage may seem quite literal but Gaskell wrote alongside his preparations from where, or more precisely whom, they had come. The preparations have backstories: male, female and adolescent patients suffering with cholera, pneumonia and phthisis (another name for tuberculosis).

The preparations are undeniably beautiful; the specimens are presented as ‘windows’, which allows light to pass through the translucent areas of the membranes and accentuates the details in the veins and arteries. It has been suggested that the bright red dye which colours the specimens is vermillion pigment. 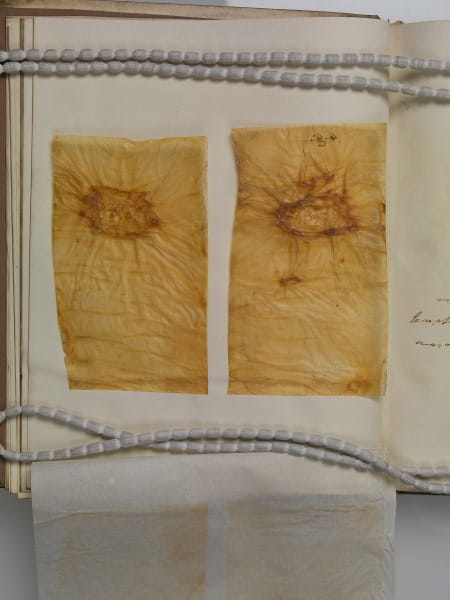 The majority of the Jacksonian Prizes are accompanied by images and illustrations, either within the original volume or in an additional appendix. Indeed, many of these visual additions are beautifully detailed and realistic. Gaskell’s work bypasses the struggle to create realistically illustrated interpretations of specimens by instead displaying the actual specimen. It is not just the realism that makes Gaskell’s preparations so interesting, it is that they are unique, not only in terms of the rarity of the practice, but also that this volume becomes singular - it cannot be reproduced.

Samuel Gaskell’s volume of ‘illustrations” was a surprising and wholly fascinating item to discover amongst the Jacksonian Prize essays, if rather misleadingly titled. Gaskell wrote the following in the opening pages of this volume: “I have endeavoured to illuminate the [previous] remarks by injections of natural + morbid tissue and by preparations of morbid parts”; it is undeniable that Gaskell’s volume will illuminate much more. 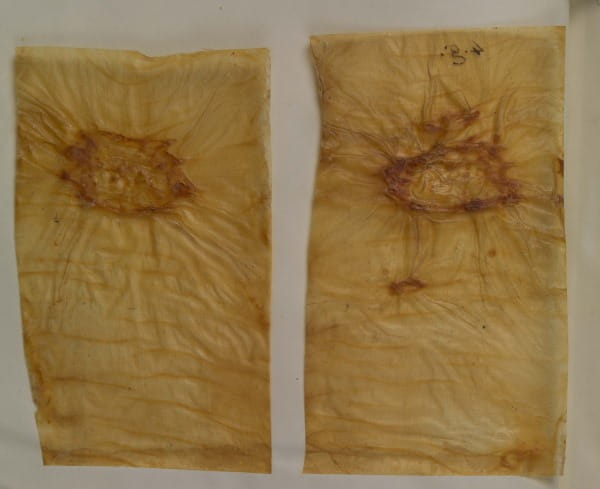 Samuel Gaskell was a Member and a Fellow of the Royal College of Surgeons, and went on to work in and reform lunatic asylums.

His biographical entry can be found in Plarr’s Lives of the Fellows Online. You can find the catalogue record for this item on SurgiCat.